My Crystal Ball Is Broke So I’ll Just Follow Along 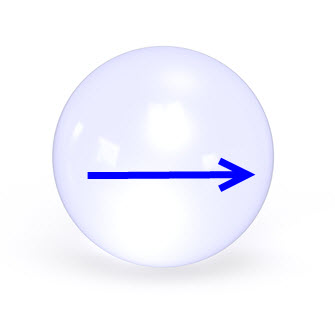 I woke up this morning thinking about imparting some wisdom upon you with grandiose prose.  When I fired up my screens I realized that might have to wait. Now’s the time to pay careful attention.

Conditions continue to deteriorate. Based on the base that has been built, I feel that this weakness can be one of two things: either the start of something bigger to the downside or one last “shakeout” before the market really takes off. I supposed you might be thinking that I couched my answer. I guess I should add sideways to that too. That way, all bases are covered.

I guess I don’t know exactly where the market is headed, especially since it hasn’t made any headway since late last year. It’s amazing how many people have been calling for a top all year. Predict early and often I suppose.

Hey Big Dave, I thought you were a guru? Nope. My crystal ball is broke so I just follow along. And, making any big picture predictions while the market is stuck in a range is a bad idea. Now, you obviously can’t ignore the fact that things are worsening. Again though, as long as the market is stuck in a range it’s important not to make any big picture predictions.

With such a big sideways range, if the market drops below it and stays there for a considerable amount of time, it’ll be harder for the market to get back to new highs. My approach to technical analysis is not hocus pocus. I simply use the charts to read the mind of the market’s participants. Those who bought during the range will be looking to get out at breakeven.

On the upside, if the market breaks out of the range and stays there, the range will be seen as a value zone. So, once broken, support becomes resistance and vice versa.

Let’s Look At The Action

The Ps (S&P 500) sold off fairly hard but managed to recover to only lose around 1/3% for the day. Still, they ended lower nonetheless. This action has them probing below their well watched 200-day moving average.

The Quack (Nasdaq) also dipped lower before recovering but ended in the minus column like the Ps.

The Rusty (IWM) isn’t pretty. Hopefully, it’s not a harbinger of things to come. It also ended off its worst levels but still ended nearly ¾% lower for the day. This is day 2 below its 200-day moving average. And, it is day one of downside daylight-Friday’s high is below the 200-day moving average.
See my recent see the light column and latest contribution the Proactive Advisor Magazine. 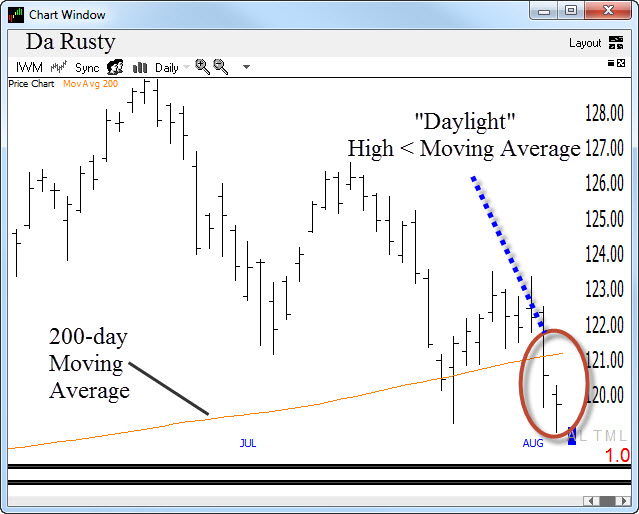 The action in the Rusty is move indicative of what’s happening beneath the surface.

Some of the previously stronger areas such as Drugs Biotech have now dipped below where they were trading months ago. Longer-term they still appear to be in uptrends but over the intermediate-term, they have become sideways.

Some other stronger areas such as Health Services are losing steam.

There’s a few areas that remain in strong uptrends and have only pulled back a bit recently. Few is the key word in that sentence: Medical Instruments, Retail, Foods, and not much else.
Areas such as the Semis and Chemicals have topped long ago.

Areas such as Energies and Metals & Mining though scraping bottom, they still remain in solid bona fide downtrends.

I think we will soon see a return of volatility to this market. I’m not saying this so much because seasonally this is what happens but more so because the market has gone sideways for so long. And, traders don’t usually agree for long. Based on the magnitude of the base, I think we could see a large move soon. Ideally, it’ll just be the aforementioned final “shakeout” but we have to brace for the worst just in case. This doesn’t mean taking any drastic action. Just let the market prune out your portfolio while it finds its way. Do be super selective on new positions as long as the market remains stuck in a sideways range. I know it’s cliche’ but pick the best and leave the rest.  Given the conditions, you might find yourself nearly flat. And, when a market is trying to find its way, that’s not such a bad thing.