Why You Should Wait For The Fat Pitch

Brief update: I didn’t see a need to reinstate the obvious so I’m going to hold off for a few days on my column. Essentially, the Ps(S&P 500) and the Quack (Nasdaq) remain stuck in ranges. The Rusty (IWM) still looks toppy. The rest is pretty much a cut and paste from my last market update. Scroll down if you haven’t already read it. There’s not much set up. That’s a good thing based on the action in the overall market. Sometimes you just have to wait for the fat pitch….. 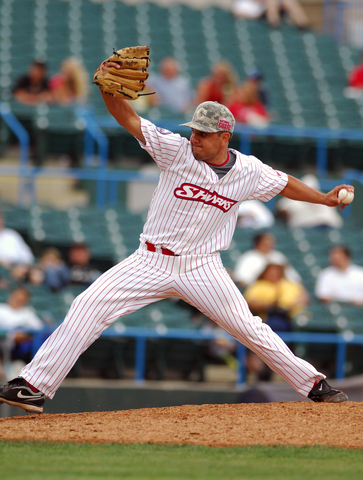 On Wednesday, I wrote about my ground rules for trading. Ironically, on the same day my good friend Greg Morris did the same. He also added in some of other’s too. There’s a lot of good stuff in there (check it out) but these two gems immediately stood out:

“Willingness and ability to hold funds in cash while awaiting real opportunities is a key to success in the battle for investment survival.”
Gerald Leob

“Be patient and wait for the fat pitch”
James Montier 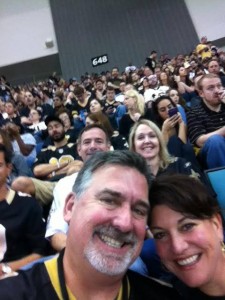 I’m not a big sports fan but I can occasionally be found in the nosebleed section of the Superdome watching the Saints. Anyway, based on some Googling, in baseball the “fat pitch” is a hittable ball. It is so called because to the pro player, the ball looks huge. There’s no guarantee that you’ll hit the ball, but have to swing because the odds are more in your favor. Swinging at anything less than the fat pitch—non hittable balls-all but ensures that you will strikeout.

Early in my career when I would wake up and start programming trading systems. One day, I had an epiphany. Just eliminate the all of the bad trades and all you’ll be left with is good ones. Unfortunately, I soon realized that it was impossible to eliminate all of the bad trades but the reasoning was sound. Only trade when odds are stacked in your favor. Wait for the fat pitch.

The Waiting Is The Hardest Part 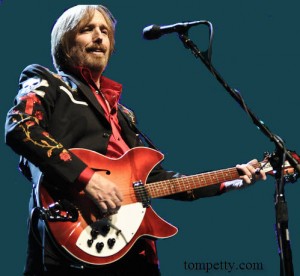 As I wrote in the Layman’s Guide To Trading Stocks, Tom Petty got it right, “the waiting is the hardest part.” We crave excitement as humans. As previously written, in this so called microwave society, we have grown accustomed to instant gratification. It’s hard to wait. Although society pressures for instant gratification are more now than they have ever been, human nature was human nature even 100 years ago. As Livermore wrote:

“…I let the craving for excitement get the better of my judgment…….The desire for constant action irrespective of underlying conditions is responsible for many losses in Wall Street even among professionals, who feel that they must take home some money every day, as though they were working for regular wages.”
Livermore

Speaking of Livermore, another one that found its way into my book is:

“Remember this: When you are doing nothing, those speculators who feel they must trade day in and day out, are laying the foundation for your next venture. You will reap the benefits from their mistakes.

That’s one of my favorites. And, if you think about it, it has literal sense when it comes to the charts. A “base” in the charts is an area where traders are fighting it out. Once broken, that area then becomes support or resistance. As patient traders, we can then capitalize on this structure.

I fleshed this out in more detail and talked more about Tom and Jessie in Thursday’s Dave Landry’s The Week In Charts. I also discussed the so called “death cross.” Is it an ominous signal? Should you be worried? You guys and gals had good questions and quite a few decent stocks that might be worth watching if conditions improve. Check it out and let me know what you think:

“Like it” while you’re there and subscribe to my Youtube channel and I’ll give you a high-five-ah! I could also use some new Facebook friends. Last I checked, none of my so called friends would be willing to give me a ride to the airport.

There are a couple of decent looking sectors such as Retail and Materials & Construction but not much else.

For the most part, not much has changed:

The Semis closed at new lows for the year. They remain in a downtrend.

Many previously stronger areas such as Drugs and Biotech have lost momentum and could begin setting up as shorts soon.

Energies, especially on an individual issue bases, have woken up a bit lately. Ditto for Metals & Mining. Again, I wouldn’t rush out and try to catch the falling knife in these sectors just yet but we could see buy signals soon. As I preach, don’t anticipate, wait.

As you would imagine, many areas remain stuck in ranges just like the overall market itself.

Again, not much has changed. Hopefully all this weakness is just big shake out before the market bust out of its range and goes on to make new highs. As usual, honor your stops on existing positions just in case things continue to deteriorate further. I don’t see any reason to rush out and get aggressive on the short side just yet but you might want to keep an eye out just in case. Above all, be selective. Out of thousands of stocks in my tradable universe, I’m only seeing a few setups that look okay. And, “okay” is not good enough for this market. Given the conditions, a setup really needs to be phenomenal to be considered. If you do think you have the mother-of-all setups, then take it! Just make sure you wait for an entry. This was yet another lesson in yesterday’s show. Check it out—money back guarantee if not completely satisfied! I think the best advice I could give you is to draw your arrows in the indices. As long as they point sideways it’s okay to wait for your fat pitch.