Why You Can’t Just “Sell In May And Go Away” 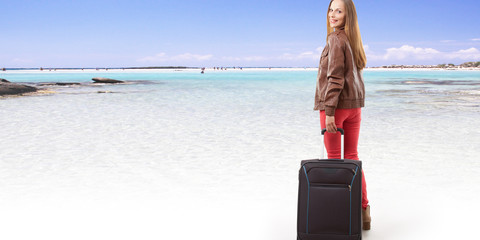 I got raked over the coals a few years ago because I had a crappy summer. Oh, I’m not going to sugar coat it, my performance was far less than stellar. What I will defend is that I did what I should have done and that their reasoning was faulty. They explained to me that I should have just “sold in May and gone away”—because like Pinocchio being a bad motivational speaker, everyone knows that. In perfect hindsight, yeah, but as I wrote in Layman’s in 2010:

You Must Be Present To Win
Because trend following is skewed and streaky, you never know when the next big trend will come along. Without that trend, your performance will be mediocre at best. It amazes me that people will take June through August off because the market “does not trend during the summer.” True, as a general statement, the market can be choppy with low volume. However, large trends can occur in all months of the year, even during summer.

What’s interesting is that the “Sell in May and go away” is a fallacy. It simply isn’t true. A few years back I had the privilege of hearing Tom McCellan speak at an American Association Of Professional Technical Analysts meeting. He presented his research which showed that the statement had no merit. What he said next was even more fascinating.

The reason the adage may have caught on is because it’s a rhyme. Tom said that things are more likely to be believed when presented as a rhyme. “If the glove don’t fit, you must acquit,” right?

If Only It Were That Easy

I’m constantly being asked what percent correct this pattern is and how much could I expect to make on that pattern. If only it were that easy. Casinos have a very small statistical edge yet it’s a multi-trillion dollar industry. In trading though, there are no hard and fast statistics. Unfortunately, in spite of marketers that will tell you otherwise, there are no guaranteed income machines where you can push a button and out pops a peanut. As written here before, there are no assurances. And, you can’t sell in May and go away with a guarantee that you’ll be glad you did.

Many of fortunes have been lost with these words: “This time, it’s different.” This brings back memories of that guy pounding the podium on CNBC saying just that in reference to the Dot coms. He missed the top by just a few days—but I digress. Although summers can be choppy, I’m going to go out on a limb and say those dangerous words: this time, it’s different.

Due To Trend Again

I think we’ll see a trend this summer. That’s probably a little “into-wishing vs. intuition” (Market Wizards) but I think we’re due. Traders usually don’t agree very long. The market really had made much forward progress since late ’14.

I recently had the privilege of buying a new car for my daughter. I think I’d rather have my prostate checked that have to go through that process again. Anyway, we found a salesman who seemed more honest than the rest. He explained that the pushy sales people will often make what appear to be promises but they use a few key words as their escape clause. Notice I said that I think the market will trend. I didn’t say which way.

A market will often do what it has to do to frustrate the most. And, this market is no different. It looked like it was breaking out, came right back in, went straight back up, paused, and then went straight back down. It’s times like these you have to be really careful not to chase your own tail. Let your stops take you out of trends that are ending and keep you in those that are just taking a breather. Wait for entries on new positions just in case the trend doesn’t resume. Again, there are no guarantees but you’d be amazed how many losing trades can be avoided with this simple technique. And of course, never forget that you best defense is a good offense. Pick the best and leave the rest to begin with. If only there were a course on that. And, if only it were on sale. And, if that sale was good until midnight tonight. And, if only there was an introduction video so I could see if I wanted to invest in this course:

In the sectors, as you would expect many remain range bound like the market itself. A non-exhaustive list of these includes Defense, Automotive, Hardware, Non-Durables, Financials, and Retail.

Stick a fork in the Transports. They’re done. They are now breaking down decisively below their sideways trading range. Stanger things have happened but it will likely be tough for them to get through the mountain of overhead supply.

The Energies are interesting. The stocks continue to slide and we might just have to say goodbye to some old friends here. Conversely, the underlying commodity seems to be coming back to life in a Monty-Python-I’m-not-dead-yet fashion. However, I wouldn’t rush out and buy any new stocks here until we can see follow through in both the stocks and oil itself.

Metals & Mining appear to be headed back to their old lows. We caught a nice pop here recently but we had to get out because the trend didn’t materialize. I guess that’s why they call it “trading.”

Health Services remains healthy so far. They managed to close at all-time highs.

Drugs tagged new highs but then came right back in.

Bonds looked poised to resume their downtrend. It’s not the absolute level of rates that spooks traders, it’s the delta (change) in rates. Hopefully, oops, did I say hope?, they will stabilize soon.

So what do we do? Well, if you made it this far through this morning’s filibuster, then honor your stops, wait for entries, and of course, pick the best to begin with. Maybe now’s the time to sit on your hands until that nice summer trend emerges.

P.S. Stick with Dave if you want to catch the next market wave.