When You See A Chance You Take It 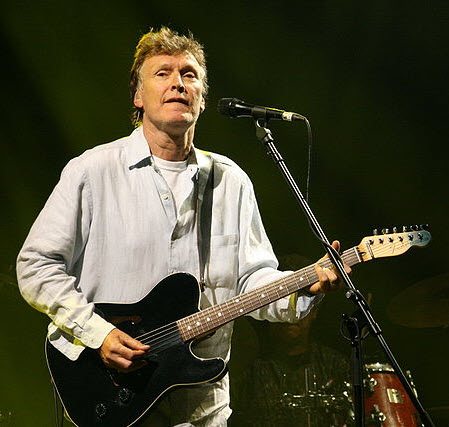 In life, we spend a great amount of time using logic and reason. We have to. That’s what keeps us alive. Markets aren’t like life though. Logic and reason doesn’t often apply. You’re dealing with the emotions of others and of course, your own. People are irrational. A market is made up of a collective of people. Therefore, markets are irrational. Q.E.D.

If you’re looking for comfort buy a comforter.

We get paid to put capital in harm’s way. This is not to say throw caution to the wind. We take calculated risks based on what the charts are telling us. We read the emotions of others while embracing our own. Like Steve Windwood, when we see a chance, we take it. No matter how great a chart looks, we know that “chance” is the key word in that sentence. So, we use a stop. And, if it appears that a trend is resuming, we take partial profits just in case the trend ends shortly after it begins. If the trend does continue, we then sit back and relax (I know, yeah right) allowing our trailing stop to take us out when the trend may be coming to an end-hopefully, years from now but quite often much sooner.

It’s that simple. I never said it was easy.

This is not to say that you should be recalcitrant—quite the contrary. Just follow along and don’t worry about logic and reasoning.

Trend following is not about looking smart. How do you think I earned the title Trend Following Moron? Initially, I was hurt and offended by this but now it is a badge I wear proudly. It serves as a constant reminder not the fight the trends, to believe in what I see and not in what I believe. It has inspired me to put an up arrow, a down arrow, and a sideways arrow on the back of my business cards.

I Know What Patsy Cline Would Say

One could argue that we have been crazy to buy second tier (those at lower levels) Chinese stocks this year. They cook the books over there. Like Pinocchio being a bad motivational speaker, everyone knows that. A lot of these IPOs that we’ve been buying all year (and last year) haven’t and will probably never materialize into the next great thing. Again, something that everyone knows. So what. If we catch a good piece of the action we can walk away and say “So long and thanks for all the fish.” Throughout my career I have done “crazy” things like buying stocks that have defied logic and gone up such as Internet in 99.

You want crazy? I’ll give you crazy. We’re long Greece in the model portfolio via GREK. Again, when you see a chance you take it. The ETF set up as a Bowtie (see this YouTube on Bowties) coming off of a triple bottom. It was a beautiful thing. It now looks like it will come dangerously close to our stop on the open. This might require a little discretion just in case it immediately reverses and goes back up. The point is that obviously, it might not work out. So what. Yes, an F-bomb might drop but shouting “NEXT!” will follow.

Trend following is not about looking smart. It’s about making money by buying markets that are going up. Sometimes it doesn’t work. If it always worked, everybody would be doing it. When you see a chance, you take it.

Let’s Look At The Markets

Every time this market sells off, it comes right back. Unfortunately, every time it comes back it sells off. Said alternatively, it’s been choppy. The Ps (S&P 500) are pretty much where they were last Christmas. Short-term, they sold off hard on Friday to give up much of the prior 2-day’s gains. And, based on the future’s action, it looks like they’ll give up all of last weeks’ gains.

The Quack (Nasdaq) also sold off fairly hard on Friday and longer-term, it too remains stuck in a sideways range.

The Rusty (IWM) was able to hang in there, losing only 1/3%. Like it’s brethren, it also remains in a sideways trading range.

It’s no big surprise that most areas also remain in a sideways trading range. It’ll be important to watch the bottom of these ranges to make sure they hold.

Some areas, like the Transports, have already broken support and appear to be headed lower.

Some of those that were near the top of their ranges, attempting to break out like Drugs and Banks have come back in.

Bonds tried to rally but came right back in to close flat on the day. So far, the downtrend remains intact here. Ideally, I’d like to see them stabilize so the market is no longer spooked by fear of higher rates.

As mentioned recently, we seem to be entering a phase where the big cap stocks are losing favor and the more speculative issues are gaining ground. That’s fine with me. I don’t care what’s working as long as something is. Eventually though, if the overall tide begins to fall then all ships will drop. Until then, we will continue to enjoy the ride.

Now more than ever is the time to be super selective on new positions. Yes, if you see a chance you take it but as I often preach, make sure it’s intuition and not “into wishing” (Market Wizards). Pick the best and leave the rest. As long as the big blue arrow continues to point sideways then take a “show me” approach. We could end up sitting on our hands for a spell, but that’s okay.