We Trade As The Byrds Sang – Dave Landry on Trading

We Trade As The Byrds Sang 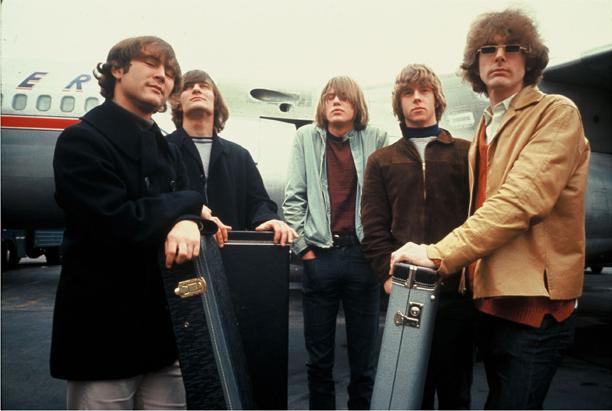 “For everything there is a season, a time for every activity under heaven.”

As there Byrds sang, there is a season for everything. Applied to trading, there’s a time to obsess, a time to act, a time to wait, a time to be patient, and a time to reflect. Let’s break it down.

A Time To Obsess

Tyson once said that “Everyone has a plan until they get punched in the face.” Mike’s right, the time to plan is when you’re not getting punched in the face. Plan while the market is closed. In my daily Core Trading Service, I lay out exactly what stock(s) to trade, where to get in, where to place the protective stop, where to take partial profits, and where to trail the stop. In spite of all this, 2 minutes after the market opens, the obsessing starts. My inbox begins to fill with questions. I suppose that this is normal human behavior. When information is changing, stress and emotions tend to take over.*

Obsess before getting into a trade, not afterwards is my mantra. Plan while things are quiet. I grab a big cup of coffee and look at stocks, lots of stocks. When I find the one(s)-if any–that look worthwhile, I study them. I look to make sure they trade cleanly and have some combination of persisting in trend or emerging trend, acceleration of trend, structure (e.g. classical technical analysis patterns), etc. Years ago I was probably guilty of never meeting a setup that I didn’t like. Nowadays, I tend to pick apart the stock, not only looking for those reasons to trade but for even more reasons why I shouldn’t.

A Time To Act

I love teaching because it forces me to strip away everything down to its utmost essence. In doing so for yesterday’s webcasts I had an epiphany. There’s really not much to do when trading-at least with my style. In fact, there’s only 3 times to act based on my methodology: 1. You place an order to enter,  2. You place a stop once triggered., And, 3. You take partial profits if offered. A trailing stop then keeps you in or takes you out of the market. Placing these orders only takes a few seconds and then you can go off to save lives, build buildings, repair automatic transmissions, or do other great things. Staring at a screen won’t help to move the prices in the intended direction.

A Time To Wait

Livermore once said that it was the sitting that made the money. This has been misconstrued into that you should sit with positions. This is important (read further) but it is believed that he was actually referring to waiting patiently for the next trade. As I wrote in Layman’s: “Jesse Livermore, one of the greatest traders of all time, said it best, ‘Remember this: When you are doing nothing, those speculators who feel they must trade day in and day out, are laying the foundation for your next venture.  You will reap beneﬁts from their mistakes.’ The next time the market becomes choppy, write that quote on a Post-It and stick it to your monitor.”

A Time To Be Patient

By patient I mean that once you’re in a trade you let things unfold—good, bad, or indifferent. Let the market make the decisions for you. Forget about the “so called” dead money. Let things unfold. Again, there really isn’t much to do. You will be tempted to micromanage. Don’t. True, getting out at the first sign of adversity will often stop further bleeding. However, since nearly all trades will go against you at some point, you’re virtually guaranteeing that you will never catch a trend. Taking a small profit before it evaporates will also often pay off. After all, “you can never go broke taking a profit.” Bullshit. That’s exactly how many do go broke. The old commodity floor trader’s adage comes to mind: they “Eat like a bird and defecate like an elephant.” Before I digress too far, the point is that sometimes you have to be patient and let things unfold. Big trends take time.

I know, it’s tough holding on when the sea if changing. Right now the market seems to be systematically taking out stocks in the portfolio, one by one. That’s okay. That’s the market doing its job, pruning out the losers. Oh, I still drop F-bombs but I just let it unfold. I know that whatever remains might turn into the mother-of-all trends. And what if it doesn’t? Well, I’ll be 100% in cash, sitting.

A Time To Reflect

EVERY trade has a beginning, a middle and an end. After the trend ends the reflecting begins. Go back and look at the original setup. Did it have some combination of the aforementioned makings of a great trade? If it did then pat yourself on the back for taking it, regardless of the ultimate outcome. If you find yourself thinking, what the hell was I thinking, that’s good too. Come again? Well, this forces you to recognize that maybe your “intuition” was maybe just “into wishing.”** If you do this so called “deliberate practice” I can promise you that you’ll question your reasoning less and less.

In trading, there is a time for every activity.

Okay Big Dave, What Time Is It?

Mostly, it’s a time to wait. The arrow points sideways at best in the overall market and lower in many sectors. Let’s break it down further.

The Ps (S&P 500) were off to a wonderful start but fizzled fast on Thursday. You never want to read too much into one day’s action but it does remind me that in bull markets stocks start weak but finish strong. And, in bear markets they do just the opposite. This action puts them back below the well watched 200-day moving average which also corresponds with support. As I preach, there’s nothing magical about the 200. It’s not a line in the sand—if only it were that easy. It can help to keep you on the right side of the market. If we do break below the 200/support, they’ll be a mountain of overhead supply to overcome. Those who bought over the last 8 months or so will likely be looking to get out at breakeven. It’s human nature.

The Quack (Nasdaq) is set up as a Bowtie down after all-time highs. (now’s a good time to read the free report on Bowties, you’re welcome). Not every Bowtie will turn into a major top but every major top will have a Bowtie or some other emerging trend pattern (e.g. First Thrust).

The Rusty (IWM) is also set up as a Bowtie down. I wouldn’t rush out and short it since it has quite a bit of support not too far away. I would pay attention though.

The sector action is abysmal.

The Semis appear to be in a freefall, slicing through support and their 200 like butter.

Ditto for Computer Hardware, aka Apple,

Computer Software is set up as a First Thrust/Bowtie and looks poised to make a new leg lower.

Whoa Big Dave, you’re starting to bum me out. Are you saying we should sell the farm? No, but you might want to get it appraised. Now might be a good time to start keeping an eye out for some shorting opportunities. I’m not a big fan of shorts but they can help you to see that a market does have two sides-up and down. Also, sometimes they are the only game in town. And, we get paid to trade.

So What Do We Do? Short With Both Fist?

Well, if only it were that easy. Shorting is tough, a real PITA, make no bones about it. I’m not seeing much worthwhile just yet but I would imagine that we will soon. On the long side, continue to follow the plan. Let the market prune your portfolio. This is either the start of something bigger or just the summer doldrums. Obviously time will tell. Do be super selective on the long side.  For the most part, it might be a time to wait. Now might be a good time to “sharpen you ax.” Start by watching Thursday’s Dave Landry’s The Week In Charts.