A Beginning, A Middle, And An End – Dave Landry on Trading

A Beginning, A Middle, And An End 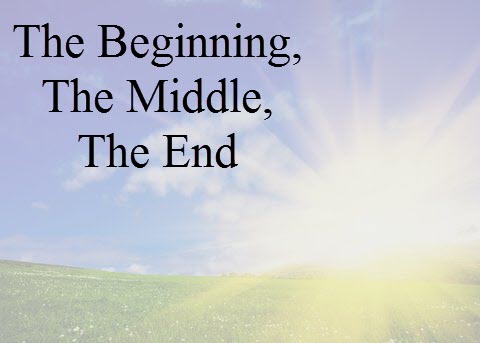 I woke up on Thursday with an epiphany. Like life, every trade has a beginning, a middle, and an end. I woke up with thinking this because I recently decided that I was going to do a course on trading psychology. Well, someday. Someday because in my idea gathering and note taking phase I have quickly realized that the amount of material that should be covered will be voluminous. This is not a topic that should be taken lightly. Lives are at stake.

If you do boil it all down though, there’s only a beginning, a middle, and an end. And, yes, we can spend days and days on each one of these but in a nutshell, that’s it.

In the beginning all is known. Everyone who has ever made a trade in the security has left their footprints on the chart. You know if the stock trades cleanly and persists or conversely, it looks like an electrocardiogram. You can see if there are places where people might look to exit which would cap your potential trade. You know if the stock is in an established trend or not. If it is trending, you know that the trend is either accelerating or decelerating. If a new trend is emerging, you know whether it is coming off of major lows or not. And, if it is coming off of major lows, you know that the most amount of people are likely trapped on the wrong side of the market. Again, all is known.

A Time To Obsess

Since all is known, now’s the time to obsess. Is this truly the best stock you can find? Does it have any sexy brothers or sisters that you like even better? If market conditions are “iffy”—like, hello, have the Ps been trading sideways for like 6-8 months?—then you better really really like the setup.

Obsess while there is no stress. No capital has been put into harm’s way. So, think about it real hard before you do. And, if you do decide to take action, plan what action you are going to take. Where will you get in? Where will you place your protective stop? How will you manage the trade?

The Middle-Stepping Into The Unknown

You immediately step into the unknown the moment you place a trade. If you’ve done your homework properly and planned accordingly, there’s a good chance that things might go in your favor. “Chance” is the key word in that sentence. Something bad can always happen. This bad thing might have nothing to do with your expert analysis or the company itself. The CEO might decide that he wants to shag the secretary even though she’s not very keen on the idea. A hedge fund might fat finger an order or be forced to bail because they are overleveraged. The list goes on and on. Stuff happens. Paraphrasing Tom McClellan: When you buy a stock you are forming a relationship between you and the company. And, you expect the company to do good things. However, you are also forming a relationship with anyone who has bought the stock prior to you and “those people will screw you.” Mark Douglas, my favorite writer when it comes to trading psychology, once said that all it takes is one a-hole to screw up a perfectly good trade. Think about that. No matter how great your analysis, just one guy can wreak havoc on your position.

By now you should realize that you must have an exit strategy before you get in because something bad can always happen. So, you have your stop in place just in case. You will trail that stop higher if the market moves in your favor. And, you will take partial profits because you hope that the mother-of-all trends will develop but you know that there’s a chance it might not. At least this way you make a little on a favorable market move—better than a poke in the eye. If the trend does ensue, you follow along by trailing the stop higher.

It sounds like a lot of work but it’s not. 99% of the time there’s really not much to do. All the heavy lifting is done-and should be done–long before the trade takes place. Now’s the time to sit back, relax (I know, ha ha), and enjoy the ride.

In The End, It’s Going To End Badly

While working on my slides for Thursday’s Dave Landry’s The Week In Charts, I was reminded of a George Carlin quote: “When you buy a pet, you know that it will eventually end badly.” Like a pet purchase, when you place a trade, it’s going to end badly. The bad of being stopped out on a bum trade is pretty obvious but even a good trade will end badly. By ending badly, I mean that you’ll have to give up some of the trend. In trend following you ride out corrections but have a stop in place just in case they become more than just that. And, sooner or later they will. You will have to give up some of your open profits. At this point, you can’t focus on the top dollar of what you could have made. Instead, focus on how much money you actually made. Pat yourself on the back and say “So long, and thanks for all the fish.” (the other Douglas)

When Bad Is Good

I was fortunate early in my trading career to work with and become friendly with some successful traders. In a conversation with one of them , I was dropping some f-bombs because “they” screwed me. I had a 27 3/4 point profit in an options trade but when I cashed out, I “only” got 27 points. The seasoned trader on the other end of the said “Let me get this straight, you made 27 POINTS on a trade and you’re bitching?” At that point it hit me, I would have to start focusing on the net net change and not worry so much about top dollar. Every trade will end “badly.”

Okay Chief Orman, Where Are You Going With All This?

Well, as you can see, even though I’ve boiled it all down for you here, there’s a lot to trading psychology. As I wrote in the Layman’s Guide To Trading, “I’ve never met an unsuccessful paper trader.” Once real dollars are on the line things begin to change quickly. Greed, fear, and a host of other emotions begin to kick in. Provided you did make a plan to begin with, you’ll have strong urges to deviate from that plan. You’ll feel like you must take action when none is to be taken. On the surface, it’s really not that complicated: every trade has a beginning, a middle, and an end. In the beginning you obsess and plan. In the middle you follow that plan. And, in the end, you pat yourself on the back if you followed the plan—regardless of the outcome: good, bad, or indifferent. Plan your trade and trade your plan. Again, it’s that simple. I never said it was easy.

If any of this is striking a chord with you, check out Thursday’s (06/11/5) Dave Landry’s The Week In Charts:

Hey Big Dave, Are You Ever Gonna Talk About The Markets?

Oh yeah, it was another one of those after all was said and done, a lot more was said than done days. The Ps (S&P 500), Quack (Nasdaq), and Rusty(IWM) all ended just slightly higher. The good thing is that all are just shy of all-time closing highs. The bad thing is that all are still stuck in a sideways trading range. As I have been preaching, a few big up days would fix this. Until then, we wait and be super selective.

In the sectors, the second tier (those at lower levels) Chinese stocks are waking up once again. Yes, this may be the so called “when pigs fly” signal but who cares? I work hard not to confuse the issue with facts. If a market is going up, I’m buying. How do you think I got the nickname Trend Following Moron? Oh, laugh now but one day you’ll get it. Paraphrasing Rogers, just buy stocks that go up and if they don’t go up, don’t buy ‘em.

It’s no shocker that most areas, like the market itself, remain in sideways trading ranges. A non-exhaustive list includes Retail, The Semis, Leisure, Foods, Defense, Durables, and Non-Durables. I think you get the idea.

Banks which woke up on Wednesday, shrugged their shoulders on Thursday. Net net though, this is still a positive development.

Bonds bounced but still look like they are in trouble longer-term. Rising rates, or more accurately, the fear of rising rates, will eventually put pressure on stocks. Don’t try to make precise correlations and calculations though. Just take note.

We seem to be in a mostly speculative market phase where issues such as smaller cap stocks, stocks higher in volatility, and IPOs are winning. Fine with me. That’s my bread and butter anyway.

Yes, you can make the “pigs fly” argument but so what. If they’re going up, I’m buying. A friend of mine once said if Dave heard intravenous drug use was on the rise, he’d be buying needles. I don’t think I’m that bad. Drug use isn’t on the rise, is it?

The market improved on Wednesday and to a lesser extent on Thursday. So far though, it’s still stuck in a range. And, when a market is range bound, you need to pick your spots carefully. Now more than ever is the time to obsess before you get into a trade and not afterwards.
Best of luck with your trading today!