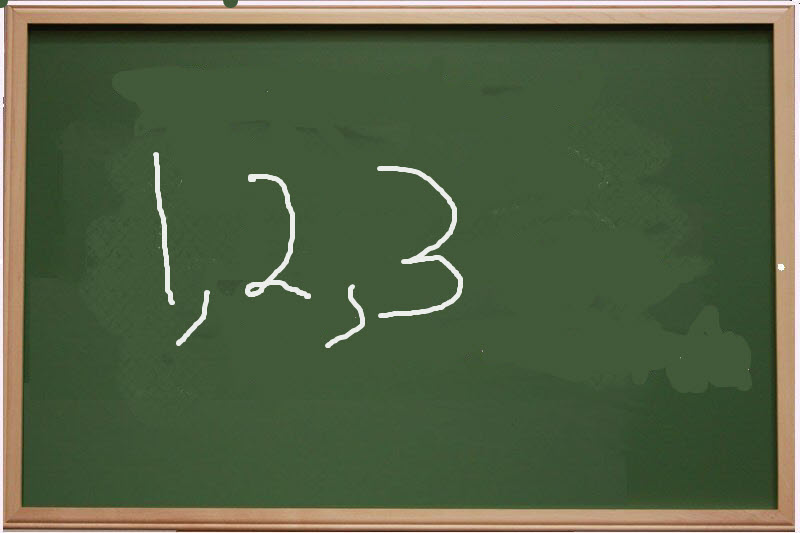 “All you have to do is” are 6-words that I often hear from my smokin’ hot wife Marcy. This can be from what appears to be a “simple” honey do to major reconstruction. As weekend DIY warrior, I seem to be in the midst of the latter. Apparently, whoever built the master bath must have built funhouses in their prior career. For starters, the floor wasn’t level, the walls weren’t square or plumb, and the sewer pipe was tilted in the wrong direction. I guess they didn’t own a level or just didn’t know that sh*t flows down the hill.

Note to you freshly married guys out there: Never let your wife you see run a chop saw or replace an intake manifold. Otherwise, she’ll put your skills to work.

And The Point Is?

Dave your home remodeling stories are fascinating but what does this have to do with trading? Well, things on the surface seem a lot easier than they really are. In trading, all you have to do is:

That’s pretty much trading. Yet it reality the “in theory” vs. reality thing rears its ugly head. People trade in less-than-ideal conditions-e.g. in stocks that look like an electrocardiogram. They attempt to

use complex or arcane methods in order to look smart vs. make money. They try to pick tops or bottoms. They get in early thinking that the stock is “on sale.” They don’t honor their stops—they forget that “as in birth control, hope is not a strategy.” They micromanage themselves out of perfectly good positions right before they take off. 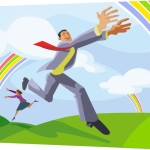 The other thing that many do is to go off to chase rainbows as soon as a methodology appears to have stopped working. I recently mentioned this in a half-bitching manner to a retired money manager who used to run billions. He said, Dave, “welcome to year 6 of a bull market.”

Obviously, I don’t like losing clients but there’s more to it than that. I actually like to see people succeed and stick to a viable methodology—any viable methodology. Unfortunately, these people remain perpetually out of phase for 5, 10, and even 15 years or more. They seem to come back to me every few years to give this trend trading thingy a go. At some point, they just need to find one thing and stick with it. It’s not my way or highway. Find something viable. Anything viable. And then, stick with it. 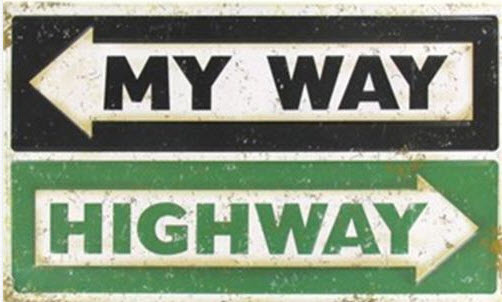 Now, don’t get me wrong trading isn’t easy but it’s not nearly as difficult as most try to make it. When you boil it all down, you need to ask yourself are you doing the aforementioned 6 things or are you not following your plan?

As I often preach, everything works better with trend. And, the longer-term bull market has spoiled many—given them comfort in that it always comes back. This time might be no different. The Ps (S&P 500) have rallied 10% in less than one month. That’s nothing to sneeze at. The thing is, it won’t always come back. It’s the recently mentioned markets go up and markets go down thing—something that people say duh to unless you tell them it might be going down.

The rally has the market obviously overbought. It’s difficult for a market to run a race right after it has ran a race. Markets usually need to take a breather after such moves. It also has it pushing into overhead supply. This combination of these two will likely put some pressure on the market. Take things one day at a time though. I’m not obstinate—at least when it comes to markets. As a trend follower, if the market makes new highs and stays there, I’ll be force to follow along.

Wow, what a day in the Quack (Nasdaq)! It tacked on over 2 ¼% in a party-like-it’s-1999 fashion. So far, it’s cutting through overhead supply like butter.

The Rusty (IWM) is bringing up the rear-sort of. It was up but not nearly as much as its brethren. The top which appears to have started way back in 2013 still appears to remain in place here.

Most areas have improved with the recent rally. However, I do find it interesting that there are still quite a few debacle de jours on both an individual stock basis and within the sectors. For instance, selected Retail and the REITs got hit on Friday along with some other areas in spite of the market.

I still like the Energies and Metals & Mining but the bottoms here have gone from process to event and now back to process. In other words, they once again seem to be taking their time to bottom.

Based on the above, I think it’s too soon to start kissing each other just yet. Take things one day at a time though-stop me if you’ve heard that before. Do honor your stops if you were smart enough to take shorts during the last spill. Hey Big Dave, what’s “smart” about that? Well, sometimes doing the right thing doesn’t always pay off but longer-term, it’s the thing to do. On the long side, I still like the commodity related areas but make sure you wait for entries based on the fact that they seem to be digesting their recent gains. For the most part, I think now is the time to let things shake out. Will we return to the eternal sunshine market that we’ve mostly seen since 2009? I dunno. I’m just going to continue to follow along. That’s “all you have to do…”