“Are We There Yet?” – Dave Landry on Trading

Scroll down for Random Thoughts

Dave Landry’s The Week In Charts: 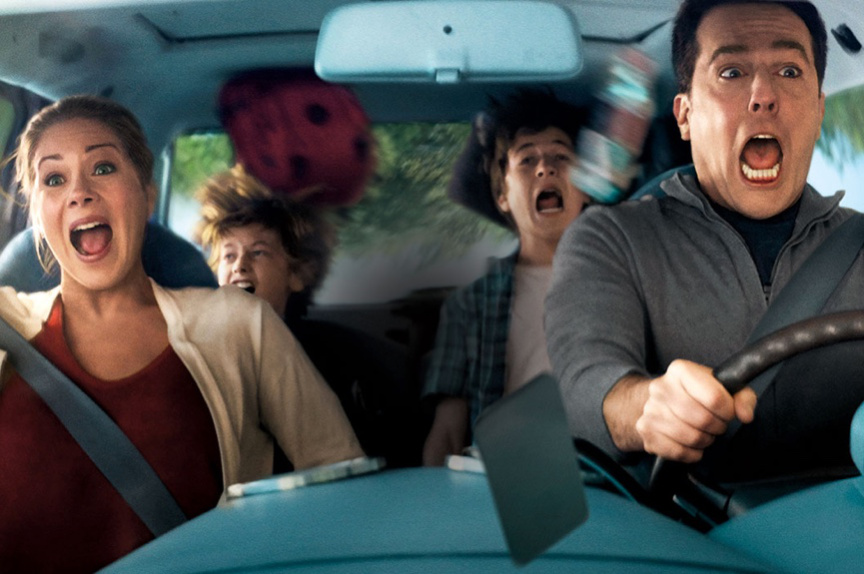 Vacation, the new one, not the old one. Warner Brothers

Markets go up and markets go down. When you tell the layman that they give me the same look that they give you when you walk into a Starbucks and say, “I’d like a cup of coffee”-you know, like you just pooed your pants. However, when you tell them that it might be going down, “them’s fighting words.” The day you realize that markets go up and markets go down, you’re life gets a lot easier. You hope for the best and plan for the worst just in case. Don’t be a bull, don’t be a bear, just be aware. 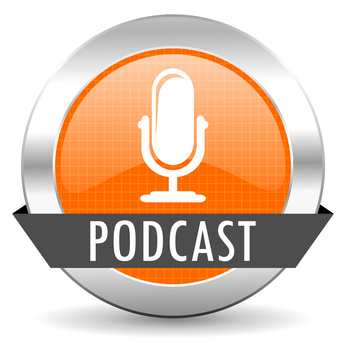 On the go? Listen To This Column CLICK HERE

If You Steal My Sunshine

“Anyone can see the road that they walk on is paved with gold. It’s always summer they’ll never get cold. They’ll never get hungry. They’ll never get old and grey.” (Fastball).  And, thanks to free money, that’s been true, well, at least up until somewhat recently. As I’ve been saying ad nauseam, I think people have gotten a little too comfortable with the eternal sunshine that this market has mostly provided since 2009. A new crop comes along every few years. And, this time it’s no different. Permanent income hypothesis, some fancy words I leaned while working on my MBA, comes to mind.

Are We There Yet?

Every time the market rallies a bit, I get emails asking me “Is this THE bottom?” Well, like justice Potter Stewart, I’ll know it when I see it. And so far, this “ain’t it.” I

think this market is pretty freaking far from okay. Yes, conditions have improved. Some areas are even making new highs. Unfortunately, these are mostly defensive in nature. I actually see this is a “flight to safety”—three dangerous words in this business, btw.

If Not Now, When?

Well, when we make new highs and stay there I’ll breathe a sigh of relief. As a trend follower, I’ll have to follow along—like Salt-n-Peppa push’n it, it’s what I do. When I tell people this, they’re like well, what about the move between here and there? Sometimes while waiting on the trend, you have to forgo a piece of the move. That’s okay. It comes with the territory. So, wait for new highs. Until then, the old longer-term uptrend remains in question.

The Ps had a decent day, tacking on nearly ½%. They’ve had pretty good run over the last few weeks-8% is nothing to sneeze at. Unfortunately, this is where it gets a little tougher. This action has them overbought and nearing overhead supply. There’s nothing magical about the way I read the market. I just look for trend and “structure”—areas where others may have done some trading. The area just above where we are could be an area where those who previously bought might be looking to get out at breakeven, especially those who were late to the party. It’s human nature. We’re wired to get out of danger when given the opportunity.

The Quack (Nasdaq) is somewhat similar to the Ps. It too is pushing up towards overhead supply.

The Rusty (IWM) has made a short-term double bottom. Unfortunately, I think that you have to see the forest for the trees. When you back the chart way out, it still looks like a major top that started forming way back in 2013.

Tell Me Something Good

Well, I’m still very bullish on the Energies. I think they have formed bottoms and they are on their way back up. Although I have some favorites—I know, I’m such a tease—I think you can pretty much throw a dart at the sector. Most look like they have bottomed and are headed higher. When you see confirmation in the overall sector and a plethora of setups within, that’s the database telling you to pay attention—and it usually pays to pay attention.

Metals and Mining also appear to be putting in major bottoms.

As I preach, take things one day at a time. We’re in for the long haul. There’s nothing wrong with sitting on your hands a bit, waiting for conditions to improve. Don’t 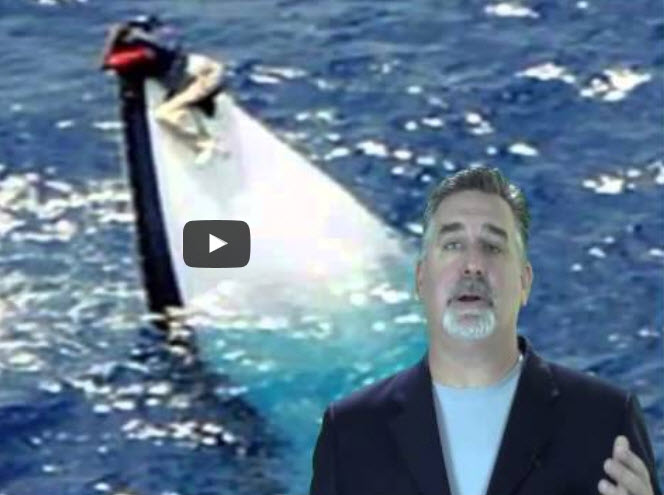 worry about trying to catch every zig and zag. Let others chase their own tails.  If the market goes to new highs and you’re not on, so what. As I have preached ad nauseam, better to be on the dock wishing you were out to sea then be out to sea wishing you were on the dock—something I can attest to after being on a sinking boat halfway between Charleston and Bermuda (Obviously, I lived through it. We even went on to win the race in spite of being challenged by Archimedes’ principle). On the long side, focus on the aforementioned commodity related areas. Other than that, sit tight. We’re not there yet.

And last, but certainly not least, I’d like the think the great folks over at Traders Expo, especially Debbie and their fearless leader A A Ron.

I’d also like to think Matt from Penn Financial Group for being the best interviewer I’ve ever met. Half way few the first interview I literally forgot that I was on camera. See www.davelandry.com/videos for these and other interviews.