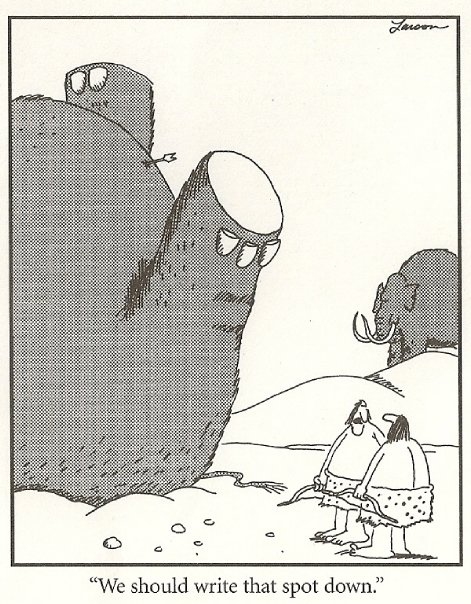 Random Thoughts allows me to express my feelings about the market and forces me to question what the market is actually doing and not just what I want it to do. From my last column: “I found myself getting a little nervous when my bear case…seemed to be taking up quite a bit of space.”

It seems that the elephant allegory of this market’s health depended on where you looked has quickly changed. Forget about the tree, wall, snake, spear, fan, or rope. One now has to wonder if the whole elephant was far more fragile than it appeared.

Banks failed short of their previous highs and now appear to be giving up.

Chemicals are well below their 200-day moving average and are beginning to accelerate lower. Ditto for the Semis and Automotive.

The Transports appear to be resuming their downtrend out of a pullback.

The Energies and other commodity related areas like Metals & Mining are banging out new multi-year
lows. Although they look a little sold out, I would caution you against trying to catch the falling knife here.

Retail started strong but ended weak. Although it remains near new highs it looks like it have run out of gas.

Drugs which have been accelerating higher have now sold off hard, losing nearly 2 ½% on Friday.

I could continue but I don’t want to bum you out.

Many of those areas that aren’t in downtrends are stuck in/back in sideways ranges the overall market basis the Ps (S&P 500).

Speaking of the Ps, the Ps sold off fairly hard, losing a percent and change. This action keeps it stuck in its sideways range—about where is was last Thanksgiving.

The Quack (Nasdaq) sold off hard too. It is now well back into its prior trading range. It still looks constructive longer-term but ideally, it’ll need to break back out of this range sooner rather than later.

The Rusty (IWM) is looking the worst. It lost well over 1 ½%, is approaching new multi-month lows and nearing its 200-day moving average.

So far, the indices have held their 200-day moving averages. There’s nothing magical about moving averages but they can help to keep you on the right side of the market. It’s not looking that good but conditions can change quickly. A few big up days would squeeze the “I-told-you-so” shorts and force in those who have failed to participate in the longer-term uptrend.

Unfortunately, in my best Marcellus Wallace voice: this market is “pretty freaking far from okay.”

No. If you sold your longs every time the market looked a little iffy you’d never catch a longer-term trend. Look no further than this year. It has been dubious quite a few times but we’ve caught quite a few trends in spite of this. True, in hindsight micromanaging often seems like the right thing to do—that’s the market being a bad teacher. Again though, you’ll never catch a trend if you do.

We should do a lot of what we often do. First, be selective and make sure you think you have the mother of all setups. Brush up on your stock selection. Sale ends today (shameless plug). Second, once you think that have the mother of all setups make sure you wait for an entry. If the weakness continues, the chances of you getting triggered on buy side setups are less and less. Third: If you’re a doctor, you doctor, lawyer you lawyer, or firefighter you fight fires. Like Salt ‘n Peppa “Pushing it”, it’s what you do. So, if you’re a trader you trade? Well, not necessarily. Sometimes you have to wait. This goes against human nature at least for those who are skilled, educated, and motivated—people like you. The good news is that the database isn’t producing a whole lot of meaningful setups at the moment. As usual, continue to take things one day at a time. Don’t chase every zig and zag because you’ll end up chasing your own tail.  Friday was a really bad day but let’s see what today brings.