Stick With The Plan – Dave Landry on Trading

Stick With The Plan 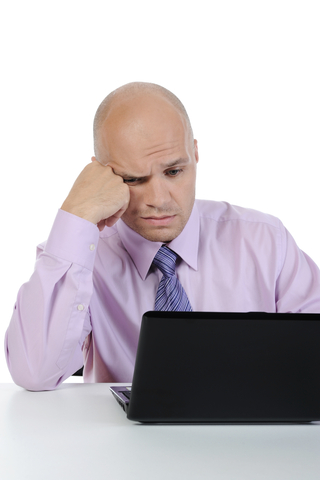 I know that I will never fully master this game. No one can. I do think that I have a pretty good idea what great chart looks like. By rough estimates, I’ve looked at over 10 million of them over the last 20-something years. And, I continue to hone my skills daily through so called deliberate practice (Google it and like Shia said in my last column, DO IT!). I also have a pretty good idea what proper money and position management looks like. I know that I must risk a small amount on each and every trade because no matter how well thought, something bad can still happen. Should I be fortunate enough to catch a trend, I know to take partial profits just in case it doesn’t materialize. And, if it does I know to then trail a stop higher to hopefully stay with that trend for a long long time. I think it’s safe to say that although I haven’t mastered it, I have the basics down.

The Highs Are High And The Lows Are Low

Feeling like a genius and feeling like an idiot occur daily—sometimes both within the same hour. I still find myself wondering if I should micromanage things-to bail on positions as soon as they go just a tiny bit “against” me. I know that if my stop isn’t hit, I must not quit. I also know that some of those positions that are currently down ticking might eventually turn into the mother-of-all winning trades. Yet, F-bombs still drop.

With a little experience, making a trading plan is pretty easy. Following it is not. I know that I need to be as close to the market as necessary, but no closer. Yet, I do still find myself watching too many ticks.

Okay Big Dave, were are you going? Well, this is the time of year where everyone gets a little philosophical about the markets. Will the seasonal sell off ensue? Should we quit for the summer? Am I right or am I wrong? Where is that large automobile? (Byrne) We ask these questions because you certainly don’t want to find yourself living in a shotgun shack.

The point is to stick to the plan. Things are getting a little iffy now. Heck, things are always a little iffy. Staying with the plan isn’t always easy. For example, it is not easy staying long Greece (via GREK) in spite of all the naysayers yet that’s what the chart is suggesting to do—at least until stopped out or vindicated.

Sticking to the plan is always the thing to do. The market moves on its own timeframe and doesn’t care about you, me, or that guy who screams on TV. Based on all the crosscurrents, it’s tough to hold on. If the profits begin to evaporate and your stop is neared, you’ll find yourself interjecting logic into the equation. You’ll reason why you should have gotten out long ago. Don’t. We get paid to put capital in harm’s way.

This is not saying throw caution to the wind. At the risk of beating a dead horse, follow the plan. Over the short-term, it might not work. Longer-term though, it’s the thing to do.

Before we get to the markets, I wanted to make sure that you got the link to Thursday’s chart show. As usual, I rambled and went off on many tangents (shocking!) but I do think it was one of my better shows. In addition to the usual—markets and your stock/trading questions—based on your request I covered my Trend Knockout (TKO) setup. This pattern ranks as one of the most simplest discoveries ever made when it comes to markets. Yet, to my surprise, they seem mysterious and elusive to many. So watch the chart show and you’ll know everything that you’ve ever wanted to know about TKOs but were afraid to ask. “Like it” if you like it and let me know what you think.

Let’s Take A Look At The Markets

The Ps (S&P 500) sold off fairly hard, losing close to 1% for the day. This action has them nearing the middle of their awful sideways range.

The Quack (Nasdaq) lost just over ¾%. It too remains stuck in a sideways range.

Like its brethren, the Rusty (IWM) is also range bound and also sold off hard. Thursday’s action scores as a bummer since it gives up all of Wednesday’s gains. It still looks toppy—possibly a head and shoulders. However, let’s not get too excited as long as it can hold not too far away from all-time highs.

There’s not much new to report in the sectors. Those like Drugs, Insurance, the Semis, and Health Services that were just at new highs have pulled back into their prior bases. And, many other areas like Retail remain stuck in sideways ranges. For the most part, the sum of the parts is beginning to look like the indices themselves.

The Trannys are still looking pretty dubious. They look posed to resume their slide out of a pullback. I’m not nearly as concerned as many about this but admittedly, it certainly can’t be completely ignored. Even if it does try to rally, it has a mountain of overhead supply to overcome.

Speaking of dubious, Bonds (TLT) still appear to be in a lot of trouble. It was good to see some flight to safety there yesterday but the downtrend remains intact.

Since the market seems to be on a “road to nowhere,” now is the time to be super selective on any new positions. And, it spite of the talking heads, continue to follow your plan.