Sell In June And…? Plus, Motivated To Trade With Shia Labeouf – Dave Landry on Trading

Sell In June And…? Plus, Motivated To Trade With Shia Labeouf

Some of you seem to need a little motivation in your trading. Since we at DaveLandry.com spare no expense when it comes to you, we hired Shia Lebeouf to pump you up a bit. With that said, Shia….. 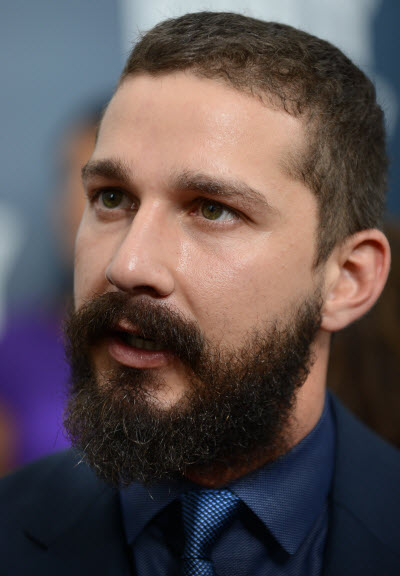 I received a reply from Tom McCllelan based on Monday’s column. He explained to me that the downside seasonal bias is actually to sell in June but that doesn’t make for a good rhyme like “sell and May and go away.” As he said, things that rhyme are much more likely to be believed. Citing his example, “If the glove don’t fit, you must acquit!”

Unfortunately, when it comes to markets, nothing’s really that easy. There are no hard and fast rules. As mentioned in Monday’s column, a market can trend during any period of the year. Looking back over the past few years, the market went up 4% last year during the June-August period, ’13 was a scratch, but in ’12 the market went up 11%.

Again, the market can trend in any month(s), even the summer.

Statistics Are Worthless, 73.5% Of All People Know That

Assuming the last 100-years of trading as your statistical sample, that’s really not enough data to give a true representative sample. But, let’s assume that it is. As you can see above, sometimes is just doesn’t work. This means that you could be wrong for years yet, the “bias” is still intact.

So, You’re Saying Trade The Summers?

Well, I’m not nuts (reminds me of a bad Bruce Jenner joke) about trading during the summer. They certainly can be thin and choppy but again, trends can occur in any month of the year. So, I’m here. And, if I do head down to the beach, to the dismay of my wife, I take the laptop just in case.

The point is that you have to do your homework throughout the year (or pay me to do it for you), especially when it comes to a trend based methodology. You never really know when the next big trend might occur.

Even if a crystal ball told you that the market will go nowhere over the next couple of months, that doesn’t mean that there won’t be any opportunities in individual stocks. As mentioned before, if you would have told me that this market would not do anything in late ’14 till now, I would have went to the beach. Yet, during this period we have caught some great trends in China, IPOs, Energies, Selected Metals, and Latin America. Some went up as much as 100% in spite of a lethargic market.

Do your homework. Yes, if you’re like me and sometimes feel like you’re under house arrest chained to your screens, change your scenery but take the laptop. Notice I said “do your homework” and not “trade, trade, trade.” We could end up with a “typical” thin and choppy summer. And, there might not be any opportunities. Unfortunately, though, you must be present to win if there is.

If you just looked at the indices, you’d think there’s nothing going on. The Ps, Quack, and Rusty ended pretty much flat. If you dig a little deeper, you’ll see that things are cooking.

The Dollar began to implode, losing over 1 1/2% basis the UUP. This action pushed commodities such as Oil and the Metals sharply higher.

Bonds, basis the TLT, continued to slide. It’s not the absolute level of interest rates that’s concerning. So what if we have 0.000000015% vs. .00000001%. It’s the delta (change) that raises an eyebrow. Hopefully—oops, did I just say hope?—Bonds will stabilize soon or at least, the drop will be more gradual.

In the other sectors, as you would expect with the indices mostly flat, not much changes.

Drugs, Health Services, the Semis, and a few others continue to hover near new highs.

Most other areas such as Retail remain stuck in a sideways range—like the market itself.

The Trannies (is there another joke there?, better not) still look like they are in trouble.

Well, even though Shia said to “JUST DO IT!!!!,” in trading, sometimes there’s not much to do. DO your homework anyway.  I am seeing a couple of IPOs that look like they have potential in spite of the sideways market, but other than that, I’m not going to do much. I will continue my search for the next opportunity for the rest of the summer-and beyond.