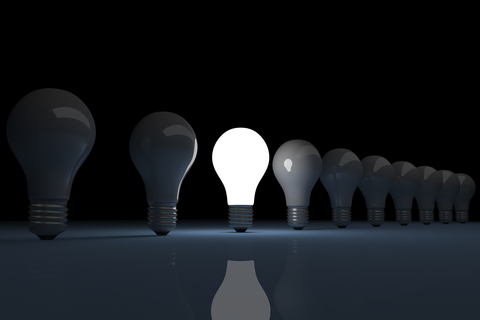 Due to a scheduling conflict, there will be no official column today. My Core Trading Service will continue as normal. Tomorrow’s Week In Charts is still on schedule. In fact, I have a great show in the works. So far, we have an excellent dead money report along with some great questions and thoughts from you guys and gals—keep ‘em coming!

Just a brief market update: The market ended mostly flat but hung in there. The Rusty (IWM) closed at all-time highs. As I’ve been saying, I don’t think you can have a bear market as long as the Rusty remains at or near all-time highs. Come to the show tomorrow because you just might learn something.

The Ps (S&P 500) are smack dab in the middle of their sideways range. They are also just below their 50-day moving average. There’s nothing magical about the fifty but it can help to keep you on the right side of the market. You just can buy or sell every time it crosses it. Otherwise, you’ll end up chasing your own tail. It still serves as a great point of reference. If the market stays above the fifty, especially if there is daylight—lows greater than the moving average, then you should err on the side of being long.  The converse is true for the short side. You also need to take into consideration the net net price change. Right now, the Ps are about where they were 4-months ago. So, don’t forget to draw your arrows—up/down and sometimes, unfortunately, sideways.

The Quack (Nasdaq) is still looking better. It still remains well above its 50-day moving average—6-weeks of daylight–and above its prior trading range.

The Rusty (IWM) also still looks better than the Ps. It’s above its prior trading range and it has also has remained above its 50 for the last 6-weeks. Further, it is just shy of all-time highs. There’s no need to rush out and call a bear market as long as this broad based index is last than ¾% away from all-time highs.

The top pickers like to predict early and often. Eventually, they will be right but “eventually” can be a long time. In the meantime, we just continue to follow along. It sounds easy. Well, it’s not but it’s not nearly as hard as most try to make it. Stops will take you out of positions that are no longer working and keep you in those that are. Waiting for entries will often keep you out of new trouble. And, of course, never forget that your best defense is a good offense. Pick the best stocks to begin with and positions will often take care of themselves.

So where are we? Well, obviously all isn’t great in the world. There was a big brew ha-ha about interest rates being on the rise but Bonds are now around where they were when the Ps were making new highs. That’s the thing about markets, things like this only matter when they matter. Over the weekend at a crawfish boil I was asked for exacts based on rates in the markets. Unfortunately Beatrice, that’s not how it works—that’s now how any of this works. Again though, just follow along.

Looking to the sectors, it’s about time for me to do another “Good, Bad, and the Ugly” column.

The good is that some tech areas such as Semis and Drugs/Biotech are doing well. They remain in uptrends and at worse, have only pulled back.

There are also some other areas that are hanging in there such as Retail.

The bad is that interest rate sensitive areas such as Utilities and Real Estate still look like they are in serious trouble. Quite a few other areas such as selected Tech, Foods, and Consumer-Non Durables are looking dubious at best.

The ugly is that most commodity related areas such as the Energies and Metals & Mining are now probing their old lows. The Dollar is getting credit for this. Again, it’s an it only matters when it matters thing. I do think we’ll see the mother-of-all bottoms here—eventually.  That might take a while. Until then, we’ll wait for emerging trend patterns to show up. When that does occur, if the Dollar tanks too then it will be a double whammy. For now though, we’re still recovering from out last foray into these markets. Now you know why I say “he who fights and runs away, lives to fight another day.” If it always worked then everybody would be doing it. The fact that it doesn’t always work is  actually what keeps us in business.

So what do we do? The plan now is the same plan for when things get mixed. Again, practice sound money management. This means honoring your stops on existing positions and taking partial profits when offered. It also means waiting for entries on new positions.  And, as usual, pick the best stocks to begin with. Never forget that no action is sometimes the best action. Like Rush said (the aging band–currently on their 401k tour, not the fat guy), “If you choose not to decide, you still have made a choice.”