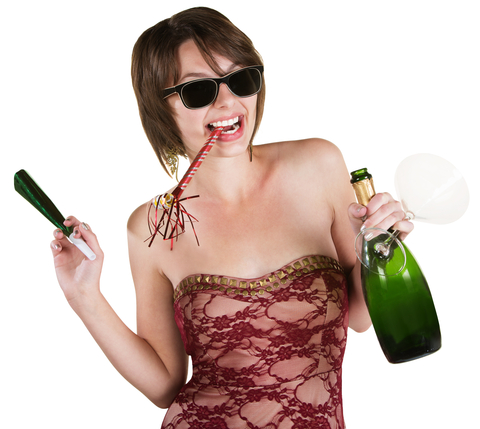 The Quack (Nasdaq) closed at its highest level since the dotcom bubble. There’s nothing magical about 5,000 other than if it’s going to 6,000 it has to pass through 5,000 on its way. So, there’s no reason to pop the corks or put on a Quack 5,000 hat. Obviously though, as a trend following moron, any time a market makes a new high I’m happy. My point is, it’s just another day.

As a trend follower we just follow along until proven otherwise. It’s that simple. Notice I said simple and not easy.

It was good to see a little acceleration higher. So far, the persistent uptrend remains intact. The more I speak and write about persistency, the more I realize how great it is. If all you did was seek out and trade persistent trends, I think you’d do quite well—write that down. You’re welcome!

The Ps (S&P 500) closed at all-time highs. Ideally, I’d like to see some acceleration higher here but I’m certainly not going to complain. So far, its breakout remains intact.

Not much has changed in the sectors. So, it’s mostly a cut and paste from Monday:

As you would imagine with the Quack performing well, so is Tech. Most areas like the Semis, Drugs, Biotech, Hardware, and Software remain at or near highs.

It’s not just tech though, many other areas such as Health Services and Retail also remain at or near new highs.

Defense remains in a longer-term uptrend and is rallying out of a pullback.

Metals & Mining still appear to be bottoming out. I still like Gold here but it continues to be more than a process than an event. And, it’s beginning to test my patience a bit. It’s times like these I have to ask “What would Dave Landry do?” Well, like I preached in last week’s webinar, just follow the plan. If I get stopped out, so what. Like a bus, they’re be another trade coming along real soon. Admittedly, I’ll probably drop an F-bomb or three  but I’ll get over it a few seconds later. Obviously, not every trade works. If they did, you’d never see my fat ass again. Before I digress too far, learning how to say NEXT! is an important aspect of this business. Otherwise, you’ll miss the next opportunity–the one they could make your entire year.

Speaking of Metals, I still like the Rare Earth stocks. These stocks are not for the faint of heart. Make sure you wait for an entry since they did get mostly beat up on Monday. And, of course, honor your stop once triggered.

Once again, I still think the Energies are putting in a bottom. Unfortunately, like Gold and other commodity related areas it too might just be more of a process than an event.

As a general statement, the state of the market is good.

All isn’t rosy in the world though.

Bonds got whacked pretty hard. They appear to be resuming their recent slide out of a Bowtie/First Thrust (see Education and my Youtube Channel for more on these patterns). Interest rate sensitive Utilities followed suit. Real Estate, another rate sensitive area, managed to shrug it off but did close well off its worst levels. It too looks dubious at best.

The Trannies are still stuck in a range but did manage to have a decent day.

So what do we do? Nothing changes: Don’t fight the tape. Don’t rush out and party like it’s 1999 but do follow along. And, as long as the indices and most sectors remain in uptrends and at or near new highs there’s no reason to swim against the tide. Go with the flow. As usual, honor your stops just in case. Any trade, no matter how well thought, can turn into a loser.

Speaking of defense, never forget that a good offense is often your best defense. Warning-soft sell ahead: It’s too bad there’s not a 14 hour course on stock picking. Wait, there is! Special offer: From now until Friday (03/06/15) buy my Stock Selection Course and get 1-year free to my trading service—that’s $1497 in savings! Learn how to pick stocks and then compare your picks to mind. Watch things in theory and then see them in practice–what a great way to learn!