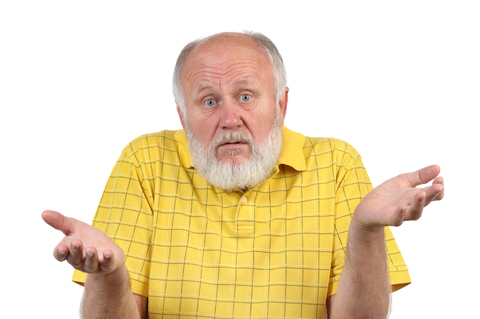 I was once asked if my money management was statistical or psychological. My answer was yes.

Taking short-term gains helps to feed our need for instant gratification. We live in a microwave society where we get products such as books and movies in a flash through downloads.

I was looking for an image of Maslow’s Hierarchy Of Needs and I came across this gem which fully illustrates my point for instant gratification: 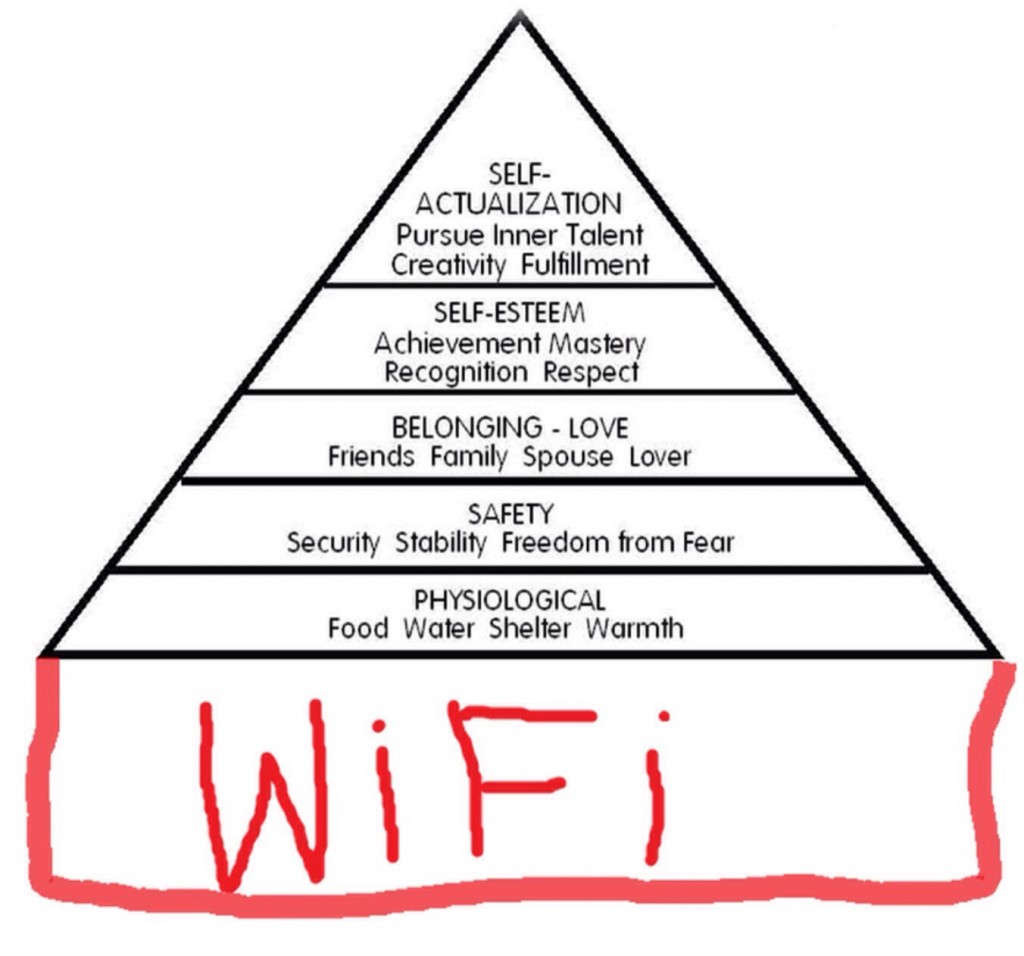 If a product is more tangible and cannot be delivered wirelessly today, then overnight shipping gets it to us tomorrow. If you’re like me, you’ve probably paid way too much for expedited shipping on things that you could have easily waited a few days for. I have quite a few unopened boxes of tools and classic car parts collecting dust in the garage. At the time, I REALLY needed these things—and fast.

Taking partial profits on a so called “swing trade” helps to fulfill the need for instant gratification.

After instant gratification, we have a need to be right in a big way. Don’t worry, I’m not going to let freshmen psychology rear its ugly head but I do know this is a little further up the aforementioned hierarchy ladder.

Slowly letting the stops widen out helps us transition from trader to longer-trend follower. If the trend does ensue, we will ride it as long as possible. 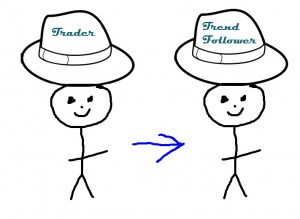 If you’re wondering why you should not just be a trend follower from the get go, remember that trends take time and quite often, simply don’t develop. So you will be wrong more often than not and you’ll have to forgo the need for instant gratification. Further, the drawdowns can be quite steep and nearly impossible to stomach. This leads us to the statistical aspects of taking a hybrid approach—trading for both short-term and longer-term gains.

Markets aren’t normally distributed. If they were, those who knew the most about statistics and/or had the fastest computers would own the markets. Therefore, it’s impossible for me to speak in exact statistical terms but there are some generalities. Predicting the market is akin to predicting the weather. Only short-term forecasts are viable. As I preach in my disclaimers: “All predictions are about the future. And, a lot of stuff can happen between now and then” (originally stolen from Greg Morris). You’ve got about a 30% at best chance of predicting a longer-term trend. So, you’re going to be wrong roughly 3 out of 4 times if you’re a pure longer-term trend follower. This is part of why the aforementioned drawdowns are so steep. You’re going to lose a lot of money until the big trend finally comes along.

Unfortunately, the real money is in longer-term trading. And also unfortunately is the fact that if you do trade purely in a longer-term fashion, you’re going to be wrong and often wrong for long. Even if you could mentally handle the steep drawdowns, it is quite possible that you’ll reach the point of no returns statistically. Remember, if you lose 10%, you have to make back 11.1% just to get back to breakeven. And, if you lose 50%, you have to make back 100%. It grows even more geometrically from there. We all like to read about famous longer-term traders but what they fail to tell you is that they subsequently blow up. There’s even a famous value player who has on more than one occasion lost more than half of his fund and subsequently taken many many years to recover. I suppose that I should tread lightly because I live in the glass house of something bad can always happen (and trust me, it has on more than one occasion).

The point is that many times the short-term trend may resume but the longer-term trend simply doesn’t pan out. By taking partial profits you are able to at least make something on the trade. You then bide your time until the big trends come along. It’s what I call the better-than-the-poke-in-the-eye trade. This helps to mitigate drawdowns while waiting for the next big trend.

I covered all of the above in a lot more detail in yesterday’s chart show, including an epiphany on longer-term trend following with a hybrid approach. Based on the feedback, it looks like we have another great show in the can. Check it out and let me know if you agree:

Hey Big Dave, What About The Markets?

The Ps (S&P 500) dipped a bit but were able to recover to close slightly in the plus column. I suppose when you’re long, any day in the plus column is a good thing. The good news is that so far the 200-day moving average has held and the index isn’t too far away from all-time highs.

The Quack (Nasdaq) looked a little better. It managed to tack on around 1/3% for the day after recovering from a slide. This action forms a slightly bullish so called outside day up. I would never buy on a 1-day pattern like this but it is a good thing.

The Rusty (IWM) also had an okay day, gaining around a 1/3% on the day. Like the Ps, so far, its 200-day moving has held. Unfortunately, it is still sitting down on the average.

With a flat day in the Ps and modest gains in the Rusty and Quack, there’s really not much new to report in the sectors.

See recent columns and yesterday’s chart show for more details on the above.

At the risk of preaching, stay selective. Yes, the market remains in a very long-term uptrend but over the intermediate-term, it has gone sideways. I know it is cliché but pick the best and leave the rest. Now might be a time to brush up on your stock selection. Not to soft sell (too late?) but avoiding just one less-than-ideal stock will more than pay for the course. The database isn’t producing a lot of meaningful setups. Usually, this is it telling me that the best new action might be no new action. After going through several thousand stocks, I only found 1 setup that I think is worth taking today.

Best Of Luck With Your Trading Today!