It Doesn’t Care About You, Me, Or, The Guy Who Screams On TV – Dave Landry on Trading

It Doesn’t Care About You, Me, Or, The Guy Who Screams On TV 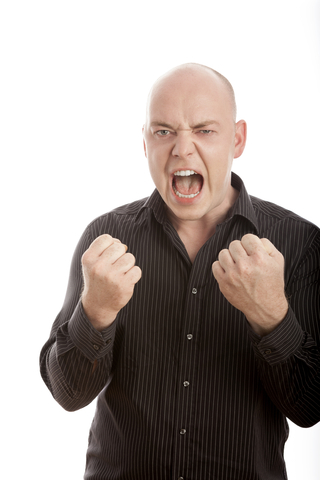 My educational business has helped me to become more philosophical and less emotional when it comes to the markets. They go up and they go down—quite often defying logic and reasoning. They don’t care about you, me, or the guy who screams on TV. What is, is.

Stick with the trend until proven otherwise. So how do you do that? Well, that’s the simple part. Let the market make that decision for you. Stops will help to keep you in the trend and take you out when it ends. You’ll never get it exactly right. The bottom line is the bottom line. Net results, not how smart you look, are key. So, what trends are we following? See the portfolio in Monday’s column—and add SOL to that (read further).

Let’s look at the markets.

The Ps (S&P 500) probed a little higher but came back in the close a smidge lower. They’re just one good day away from all-time highs but you still have to get there. And, unfortunately, they haven’t changed much on a net net basis since last November.

The Quack (Nasdaq) ended off its best levels but it still managed to tack on a little more than 1/3%–better than a poke in the eye I suppose. The good news is that it is just ¼% away from 15-year highs. Unfortunately, for now, it too is stuck in a sideways range.

The Rusty (IWM) was a little disappointing. It traded a little higher but came back in to end in the minus column. Like its brethren, it too remains stuck in a sideways range. The good news is that it’s less than 1% away from all-time highs. Again though, you still have to get there.

I think new highs would beget more new highs by forcing those left on the sidelines to put up or shut up. It would also squeeze out any eager shorts who seem to come out of the woodwork on every little downtick. Again, at the risk of being redundant, you still have to get there.

Drugs managed to bang out new all-time highs. So far, so good here.

Steel was weak (and let’s face it, what good is weak steel?) but it still appears to have put in a bottom. As I told my peeps on the Core Trading Service last night, wait for entries since it might be more of a process than an event.

Energies were a little weak but so far, they still appear to have put in a major bottom.

Time will tell if the future will be so bright that we have to wear shades but so far, selected Solar appear to be waking up. SOL triggered an entry yesterday and still looks promising. I’m assuming the renewed strength here is on the coattails of rising Energy prices.

In spite of everybody and their brother trying to poo poo it—injecting the aforementioned reasoning—China still remains in a solid uptrend—nearly parabolic.

So what do we do? Well, with the major indices obviously treading water, now’s the time more than ever to be selective. I know its cliché, but you really need to pick the best and leave the rest. I’m liking the emerging trends for new positions and am trailing a stop higher in the existing trends (vs. looking to enter new positions here). In the former, I like the aforementioned second tier (i.e. lower level) China stocks, Energies, Selected Solar, Steel, and Latin America. My goal is to continue to ride the old trends as long as possible and get on some new ones in the meanwhile. If it works it will be a beautiful thing and if it doesn’t then stops will let me live to fight another day.