How To Be Successful In Life…And The Markets

Note: The next column is scheduled for Monday, 08/10/15. Brief update: Obviously, conditions deteriorated on Thursday. It was much worse than the S&P (-.78%) would suggest. Some oversold areas such as Energies and Metals & Mining bounced. This helped to mitigate the damage in the index. Broader based indices such as the Nasdaq (-1.68%) and the Russell 2000 (-1.35%) were more indicative of what happened internally. It was pretty ugly-how’s that for an oxymoron from a trend following moron?

Since the indices remain sideways at best, make sure you honor your stops on existing positions and remain very selective on new ones. Sometimes it’s okay not to do anything. Let everyone else fight it out and come back when things improve. You’re welcome!

Below is Thursday’s (08/06/15) Dave Landry’s The Week In Charts. Check it out because I covered some important things that you need to know about managing winning positions and exercising discretion to help  you stay with positions on false adverse moves. 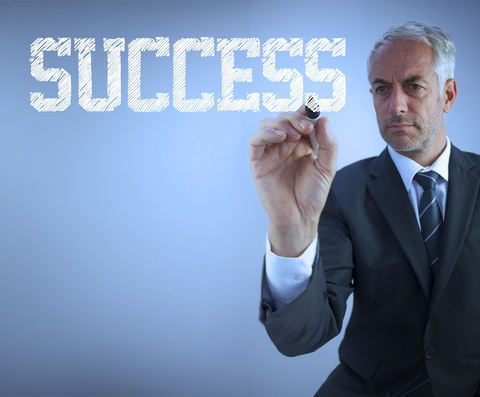 I was recently criticized for showing a winning trade. This trade, CTLT, provided a wonderful teaching example of why you should follow the plan vs. outthinking positions-one of my so called “dead money reports.” Keep in mind that losers are mostly passive decisions. In my best Johnny Cochran voice: if the stop is hit, you must quit. Occasionally, a little discretion can be used to keep you in the position on false moves (e.g. stop hunts) such as a stop “nick” or an opening gap reversal (read further).

Riding winners takes a little more work. It’s more of an active decision process. You have to be patient because the market doesn’t always move on your time frame. You have to take partial profits when blessed with them and this adjust trailing stops higher. This isn’t all done mechanically. In order to change hats from trader to trend follower, you have to let the stop gradually loosen up to make the transition. So, again, it’s an active decision process.

I drive this point home by showing open winners. This way, it’s not some cherry picked example in perfect hindsight. Hopefully, and I hate the use the word hope in this business, you can look back weeks, months, and maybe even years from now to see how the trade unfolds. Doing things in hindsight is easy. Doing them in real time is not. I have yet to find a broker that will let me trade off of the left side of the chart.

BTW, You Want To Be Successful?

Study success. That goes for trading and life. As I said in my Stock Selection Course, counterfeit currency detectives don’t learn how to recognized bogus bills by studying a lot of fakes. They study the genuine article. Then, fakes stick out like a sore thumb.

There Will Be Blood

Being criticized for showing winners is actually a little ironic (don’t you think?). I probably spend too much time talking about the fact that there will be losing trades. I could make a lot more money in my educational business if I only showed winners. However, I know that money management is crucial. If I can get you to understand and accept that then you can stop chasing rainbows. Every trade has the potential to be a losing trade. You will realize though not perfect, a simple trend following approach like mine can work quite well—at least longer-term. Proper money management will keep you in the game. It’ll keep you in the game long enough to reap the fruits of your labor. Nice trends don’t come along every day. Sometimes, they take time. Keeping you in the game through my constant preaching of proper money management will help you to stay a client for a long long time–or, hopefully, become one (hint,hint).

The Good, The Bad, And The Ugly 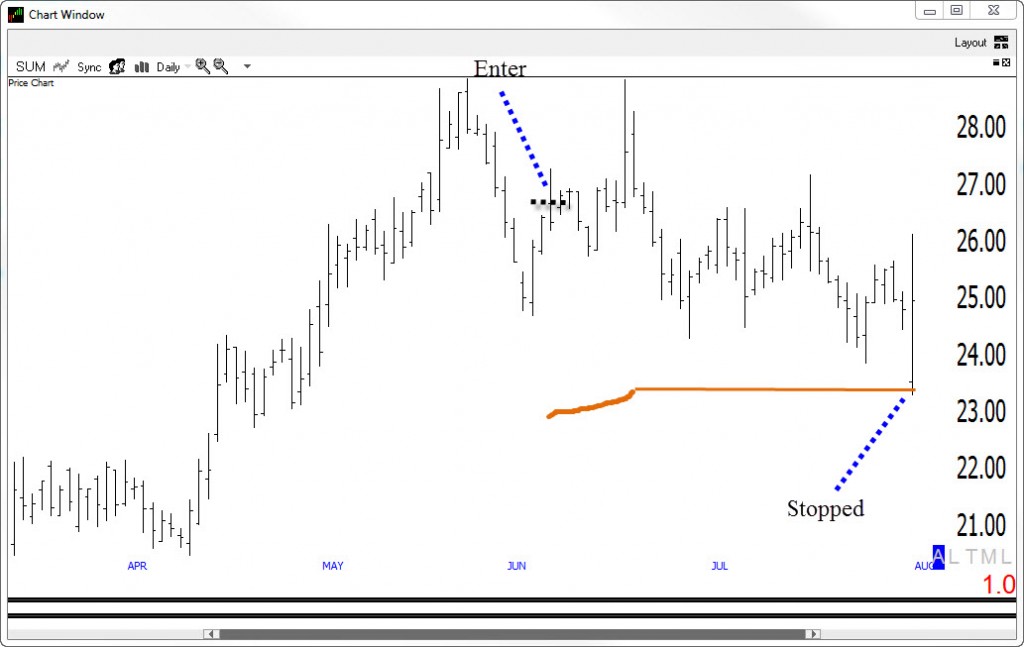 Now, it did offer a chance to stay onboard with a little discretion. This is not to say that all losing trades will become winners again—dang, there I go again saying that there will be losses. My point is that even though stops are mostly a passive decision, occasionally a little active management and using your head can keep you in a trade. This isn’t all day and every day. On average, you really only need to apply a little discretion once every 3 months or so. I’ll cover all this in Thursday’s chart show. This is a reoccurring lesson so if you can’t wait, go back and watch some archives on Youtube.

In summary, winners take a little more work to stay with. And, the most part, more often than not there’s not much to do with the losers other than just take your lumps.

Study success in life..and in the markets.

The Ps (S&P 500) ended a smidge lower but lower nonetheless. This action keeps them stuck in a sideways range. If you ever lose your way trying to figure out what trend a market is in, just look at the closing price today and then draw a line back in time(1). Then make that line into an arrow(2). I have illustrated this for you below. 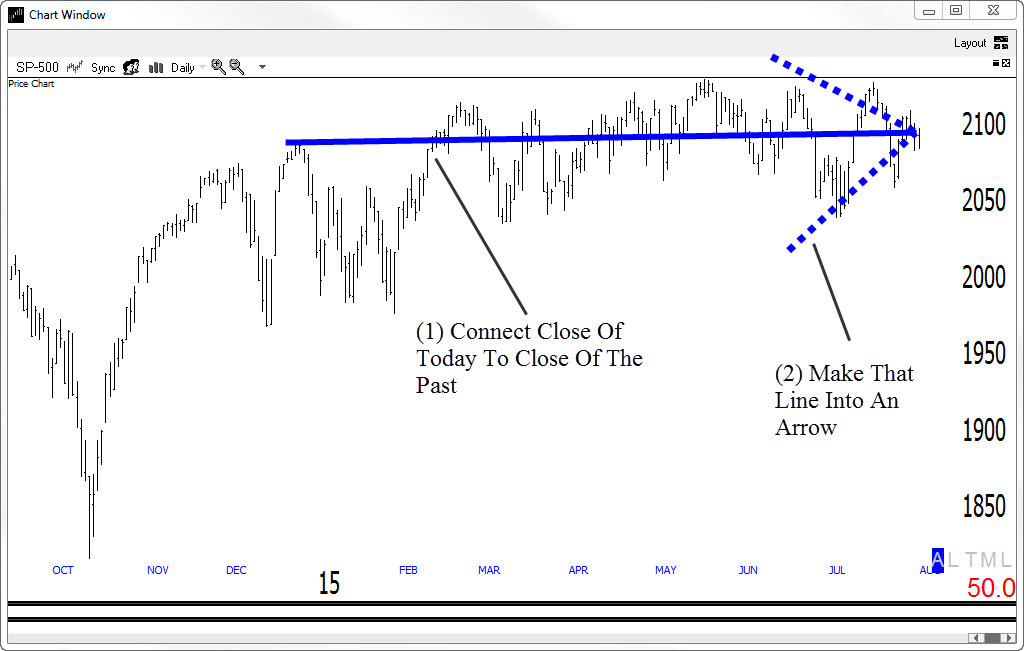 I realize that I’m being a little silly but you’d be surprised how many people see something completely different through extremely complex analysis.

The Quack (Nasdaq) also ended a little lower. It appears to be stalling out in its retrace rally back to its old highs.

The good news is, both the Ps and Quack aren’t too far away from all-time highs. Unfortunately though, you still have to get there.

The Rusty (IWM) also ended lower. So far, it looks like it’s only pulling back before attempting another leg lower. The good news is that there is a ton of support just below where it’s trading.

Unfortunately, you can’t hang your hat on that alone.

There’s not much new to report in the sectors. Like the recently mentioned elephant allegory, it all depends on where you look. Some are in bona fide downtrends. Some are at or near new highs. And, many, like the market itself, are just plan sideways. See recent columns for more details here or stop by the chart show tomorrow and I’ll show you.

I guess I would be remiss if I didn’t mention Apple. Stick a fork in it. It now has a mountain of overhead supply to overcome. Many are pointing to this as a sign of the apocalypse. I think it’s dangerous to predict an entire market just based on one bad Apple but it does certainly score as a negative.

On the upside, Bonds have worked their way higher as of late. Yes, rates are eventually headed higher but it looks like we might have to find something else to worry about in the meantime.

There’s not much to do. Somehow, for most of this year we’ve had quite a few decent setups in spite of the sideways market. The sideways market has not caught up to us. I’m not seeing much worthwhile. If fact, I don’t have any worthy setups for today. Sometimes you just have to wait. Let everyone else fight it out. Return of capital is sometimes more important than return on capital. So, unless you think you have the mother-of-all setups then just let things shake out. The market is due to trend again. Keep some powder dry.