How Do You Operate If You Don’t Know Everything? – Dave Landry on Trading

How Do You Operate If You Don’t Know Everything? 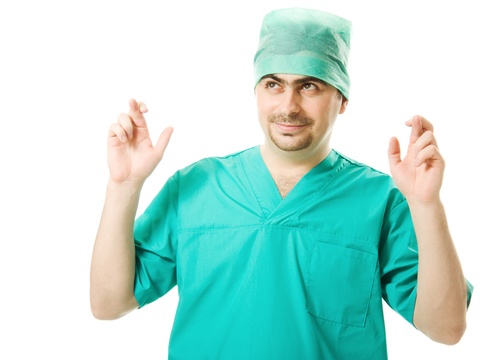 I avoid all news but I do often get some though osmosis. And, obviously, when I see incredibly large moves like we did last week in the Swiss Franc, I do take a peek—but usually someone informs me first (watch last week’s Dave Landry’s The Week In Charts).

Yesterday, my news by osmosis came from the panel I have been hosting with TimingResearch.com. The good folks Milton and George over at UnusualActively.com pointed out many of things developing such as the ECB and the situation in Greece (although they did not discuss the SITUATION IN NIGERIA!!-an inside joke for long-term Big Dave fans). Although I avoid the news, I do enjoy when they are on the show. It re-affirmed my thought process that there’s enough reasons for this market to go down but it hasn’t, at least not significantly. The other panel members, Steven Place of Investingwithoptions.com and by good friend Todd Gordon of TradingAnalysis.com felt the same way.

There are also some intermarket technical reasons for lower stocks such as oil imploding, gold exploding (well at least waking up), and the Dollar & Bonds soaring.

Now, you shouldn’t rush out and buy stocks just because they are not going down in the face of adversity.

It does score as a positive though.

For those keeping score, the Ps (S&P 500) have officially formed a Bowtie sell signal down after just recently hitting all-time highs. Sell signals after all-time highs like this can be quite powerful since the most people are on the wrong side of the market—e.g. those who have been riding the longer-term trend. Although you can’t completely ignore the signal, the recent sideways action suggests that the market might just be consolidating. Therefore, I wouldn’t get too excited unless the signal triggers and recent support, circa 1975 gets taken out.

Now, not to have too many random thoughts—I know, too late—but during yesterday’s panel I learned that everybody and their brother seems to watching that level. Like Pinocchio being a bad motivational speaker or the fact that playing cards with Kenny Rodgers gets old really fast, everybody knows that.

So, it’s possible that we could see a fakeout/shakeout move below 1975. This was pointed out by Steven Place. I agree that this is plausible since it would also be a test of the well watched 200-day moving average.

Keep in mind that this is one scenario. As Steven also said, “We have to talk about something.” My point is that you have to come up with some plausible scenarios but above all, let everything unfold.

True professionals in this business will tell you that they do not know for sure. No one does. We take educated guesses, knowing that we will wrong quite often. This was another topic that came up in the show. Check it out here-under “likes” on my Youtube Channel. The point is to believe in what you see and not in what you believe. Also, at the risk of preaching, take things one day at time. Along those lines, you really don’t have to figure everything out. And, let’s face it, you can’t anyway.

So how do you operate if you don’t know everything? Well, if you’re a doctor, you don’t. If you’re a trader you honor your stops. That will take you out of losing positions and keep you in the winners. You wait for entries. That will often keep you out of new trouble. And, last, but certainly not least, you pick the best of the best markets to trade to begin with. Click here for a course on that. Warning, it’s not free but does come with a 100% money back guarantee. Watch the free 1-hour introduction video on the middle of that page to get a feel for the course.

Hey Big Dave, are you ever going to get to the markets?

Oh yeah, after all was said and done, a lot more was said than done in the Ps. They ended just above where they started. So far, they remain stuck in a sideways range. Even if you didn’t know anything about technical analysis, you could draw a line from yesterday’s close back to late October. Where was it then? 2020. Where is it now? 2020. Hmmm, maybe hindsight really is 2020? The point is that on a net net basis, the market hasn’t made much progress. As I preach, when a market is in a range, price probing the bottom of the range will make it look like it’s the end of the world and price probing the top of the range will look like an all-clear. Considering this, you might just want to let prices get out of the range decisively before getting too excited.

After all was said and done, the Quack (Nasdaq) actually had an okay day. It managed to close up nearly ½%. Unfortunately, like the other indices, it remains stuck in a range.

The Rusty (IWM) was a bit of a disappointment. It lost nearly ½%. It too remains stuck in a range. In fact, on a net net basis, it hasn’t made any progress in a year.

Real Estate gave back some gains in spite of new highs in Bonds but so far, it remains in a strong uptrend.

Drugs, including my favorite, Biotech managed to close at new multi-year highs.

Foods (my favorite—to eat, not trade–that’s how I got the name Big Dave) are waking up again, especially on an individual issue basis.

Selected Shipping stocks are beginning to rise from the ashes.

Unfortunately, there’s plenty to worry about.

Banks still look dubious at best. If they crack in earnest, they have a long will to slide.

There’s a lot of areas at high levels such as Hardware, Semis, Software, and Retail that have lost steam.

And, there’s a lot of big cap areas such as Durables, Non-Durables, and Conglomerates that are treading water at high levels. It’s important for these areas to not only hold these levels, but to go on and make new highs.

So what do we do? First, since the market is mostly sideways. Focus mostly on the aforementioned portfolio management–honoring your stops, being selective, and waiting for entries. Look to nibble in those areas such as the Golds/Silvers and selected Shipping that appear to be bottoming.