How Do You Know If You Don’t Know? – Dave Landry on Trading 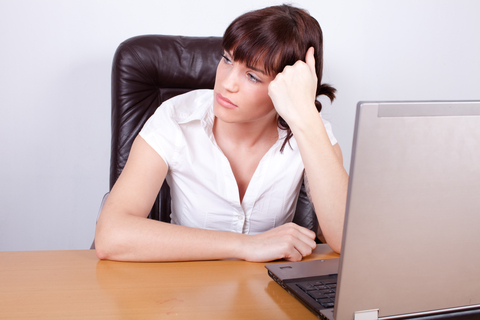 I had hoped that the market would go up and it did. However, I knew that “….as in birth control, hope is not a strategy…” (see Friday’s column). So what was my strategy? My strategy was to have stops in place just in case. If the market went up, I’d still be in for the ride. And, if the market went down, I’d be shaken but not stirred. Yes, he who fights and runs away lives to fight another day—stop me if you’ve heard that before.

Admittedly, the market has been looking a little “iffy” lately. The dollar is done, commodities are on their way higher, and bonds look poised to resume their slide. Further, the Rusty (IWM) is set up as a Bowtie sell signal. That’s not much to hang your hat on—and certainly not a recipe for success. Yet, the market went up. How? Why? Does it really matter? No, what is is—unless you’re Bill. As a trend follower we take a “dumb” approach. We put aside out ego because we know that we don’t know.

If my crystal ball would have told me that the market would peak in February and not get much past that peak for  several months, I would have bailed on all my longs. And, I certainly wouldn’t have taken on new positions which are now up 20, 30, and even 40%–“Don’t believe me? Just watch.” Come to the webinar Tuesday night and I’ll show you.

Like life, sometimes you’re better off not knowing. I’ve given up trying to look smart years ago. Being labeled a “Trend Following Moron” was a defining moment in my career. Oh, I was a little hurt and miffed at the moment, but I later embraced what that meant. Put your ego aside. Follow the trend. Stick with it until proven otherwise.

So Big Dave, are you back to being bullish? No. I’m still concerned. The good thing is that the market went up in spite of my concerns. As I wrote 15 years ago in Dave Landry on Swing Trading, I once assumed that the most bearish trader in bear town was heavily short. When I inquired about his positions, he said they he was long. Perplexed, I asked why. He said “because the market is going up.”

Speaking of markets, the Ps (S&P 500) had a solid day and are now gnat’s eyelash away from all-time highs. They still have to get there though. For now, they’re still technically stuck in a sideways range.

The Quack (Nasdaq) also had decent day. This action has it approaching the top of its sideways trading range too.

Although the Rusty (IWM) was up ¾%, it is certainly not bringing up the rear. Again, it remains set up as a Bowtie sell signal down. BTW, now might not be a bad time to brush up on your emerging trend patterns just in case. Start by watching this video on Bowties. I’m going to talk about hem Tuesday night too. Be there are be square.

In the sectors, a lot of areas bounced off the bottom of their trading range. A non-exhaustive list of these includes Health Services, Drugs, Material & Construction, Retail, and Leisure. Now, let’s not start kissing each other just yet but at least they are finding support.

It was a good day but let’s see what today brings.

So what do we do? Well, since the indices are still range bound you want to continue to be super selective—if only there were a course on How To Pick The Best And Leave The Rest. Wait for entries just in case the stock doesn’t follow through. And, last, but certainly not least, use a stop once triggered because any trade, no matter how well thought, could turn into a loser.