Don’t Confuse The Issue With Facts-Follow The Trend

NOTE: In effort to get this out on a timely basis, I'm publishing a rough draft. Please be gentle! 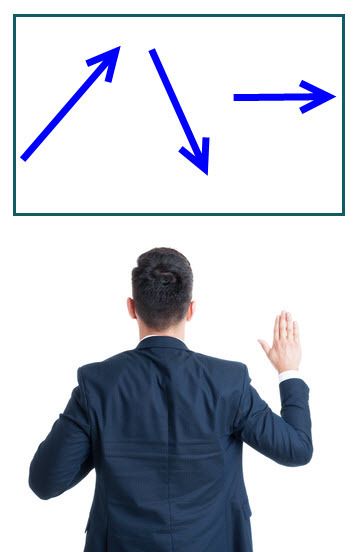 To avoid getting asked about buying stocks that are headed straight down, I make every member of DaveLandry.com agree to the trend followers pledge:

"The following pledge might seem a little silly but, you'd be surprised at the number of traders who claim to be trend followers yet fight obvious trends or try to make one where none exists. Logic and reasoning or emotions will often cause people to bargain hunt when a market is low, sell/short a market just because it is high, or hold on to positions long after their stop is hit. The smarter you are, sometimes the tougher it will be because logic will often not apply. TRUE, the stock (or other market) might not deserve its current valuation, but what is, IS."

Below is a snapshot of the pledge (in a quiz format). 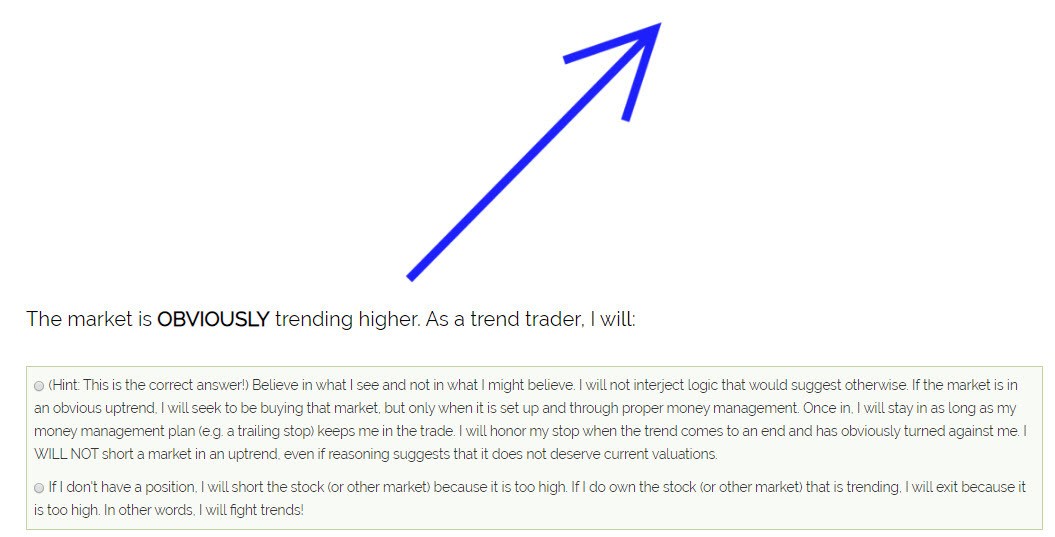 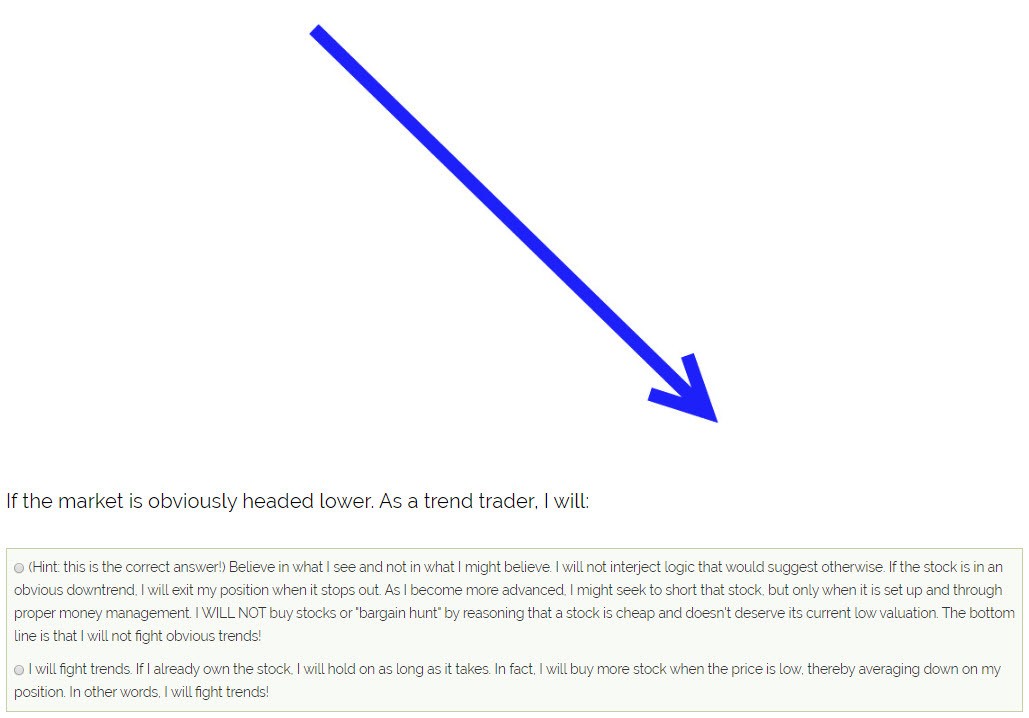 Case and point. Yesterday, I was asked about a stock that has sound fundamentals and should do well in this market. I guess I'll have to say the same sh*t for at least one more day: e.g., don't confuse the issue with facts.

As I wrote in my 10 Ground Rules article: 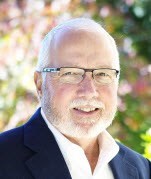 Price and only price leads the way. “Remember: All of the financial theories and all of the fundamentals will never be any better than what the trend of the market will allow.” Greg Morris, Investing With The Trend

As I Preach, Cash Is Not Trash and There Are No Good Longer Term Investments

Around a year ago, a relative told her investment professional that she wanted a "conservative" portfolio based on her age and the fact that she was nearing retirement. I assumed that she was now mostly in cash, and I could find something else to worry about-until she recently called in a panic. When I plotted the portfolio, I wanted to throw up. They put her into, amongst other turds, five fundamental funds. It doesn't take a rocket surgeon to see which direction these "conservative" funds are headed. Fundamentals are held hostage by price and again, will "never be any better than what the trend of the market will allow." 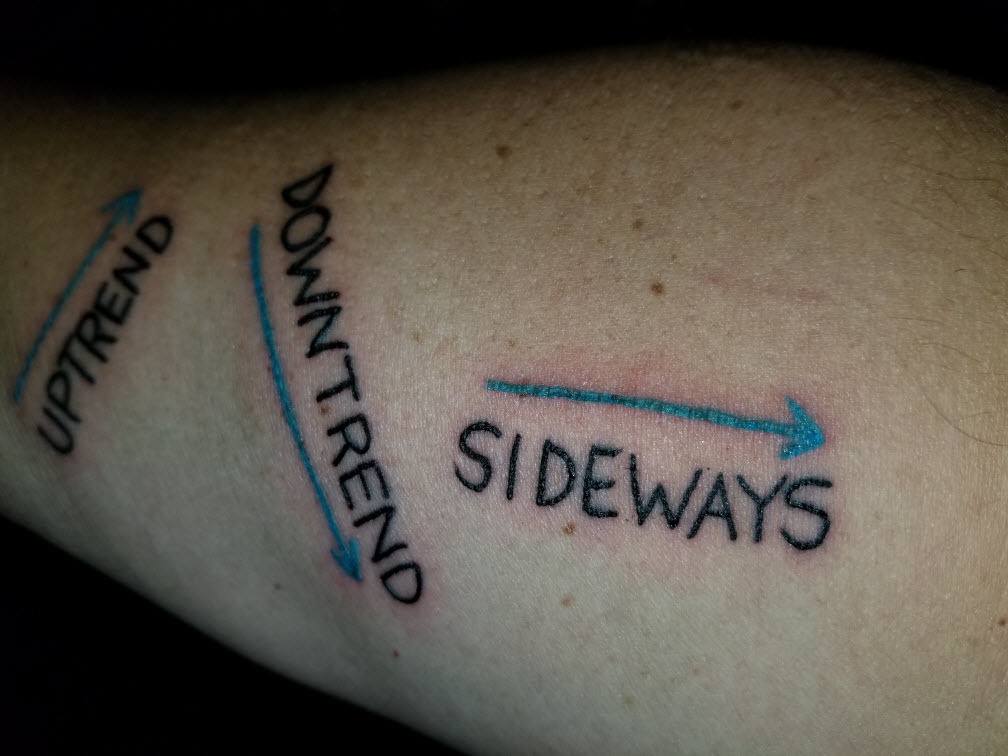 If you must go off of feelings and logic, then fine, invest in whatever makes you feel good. Just make sure that it is headed higher and have a plan for when it begins to head lower. This doesn't mean to exit at the first sign of adversity, but rather have a plan for when, not if, things truly begin to sour. As I've been preaching lately: ALL asset classes will lose half of their value at some point in your lifetime. Unfortunately, we could be entering a Bruno Mars "don't believe me, just watch" market.

So, When Will The Downtrend End?

For the market to go up, it will first have to stop going down. I know, a big "duh," but people are asking me if stocks are a value. No, they are not. They might bottom today, tomorrow, or weeks from now. As long as they continue lower, they are not a value. I suppose I should define "going lower." Going lower is simply making new lows. Every day the market makes a new low, or closing low, is another day that the downtrend remains intact.

A trend is defined by the big blue arrow.  The big blue arrow is drawn in the direction of the highs and lows. If the market is making a series of lower lows and lower highs, then the arrow points down. Conversely, if the market is making a series of higher highs and higher lows, then the arrow points higher. I know, duh! Try explaining that at a cocktail party and see what arguments you face. Anyway, to bottom, the market must obviously stop making new lows and start making higher highs and higher lows. Once it begins doing this, we can then watch for other price-based signals to confirm the trend has turned. The tricky part will be when the little blue arrow starts pointing higher while the big blue arrow is still pointing lower. As a pullback player, it's possible that the little blue arrow might be a chance to reload short positions.

So Where Are We Now And What Do We Do?

Futures are up big pre-market, so the bounce, at least this morning, has begun. For the aggressive, this might (and might being the key word in that sentence!) set up an intra-day reversal play. For everyone else, let the market retrace and then see what sets up. Until proven otherwise, as a pullback player, I think retrace rallies will provide shorting opportunities. One day at a time.

May The Trend Be With You!