And In The End, We’re Left With Trend – Dave Landry on Trading

And In The End, We’re Left With Trend 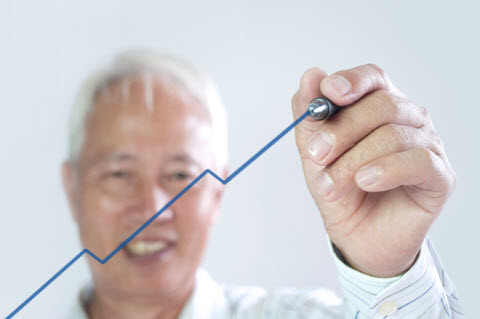 Not Slipping On Greece?

In my recent column “Market Slips On Greece, Seriously? LOL,” I wrote that I doubted seriously that Greece would topple the US Markets. I rarely peek at the news unless I want to prove a point. So today I went over to the Yahoo Finance home page and there was no Greece, at least at first glance. I had to scroll and scroll to find it. It was way down below the so called “fold.”

I get most of my news through osmosis. And, on Monday, in a weekly webshow that I guest host I learned that China and Iran are the next big things. Interesting, but it’ll probably be something else tomorrow. There’s always something to worry about. It’s not the news you know that’s worth knowing.

When you make a trade, you agree on price, period. You’re not agreeing on fundamental data or pressing news events like the SITUATION IN NIGERIA! Again, you’re agreeing on price. And, in order to profit on that trade, the price must move in your favor (duh implied). So, in the end it all comes back to trend. If prices move in your favor you end up with a profit. If they don’t, you won’t.

I’ve given up trying to predict markets many years ago. I’ve since learned to just follow along. This means seeking to identify an established or emerging trend and then looking for a place to get on board. An entry helps to guarantee that the trend is resuming, at least at that moment. No trigger, no trade. That, in and of itself, will keep you out of a lot of soon-to-be-doomed trades. Once triggered, a protective stop will take you out just in case you fail miserably. And, trust me, quite often, you will. The good news is that you’ll be wrong less and less as you learn to pick the best. You’ll be wrong less and less as you just follow along and avoid the paralysis that comes with too much analysis. No matter how well thought, every trade has the potential to work, or not. He who fights and runs away, lives to fight another day. Again, just choose your battles carefully to begin with. If things do begin to materialize, an initial profit target helps to ensure that you get a piece just in case it stops working. If the trend does persist, a trailing stop on the remainder will keep you in.

It’s really that simple. I never said it was easy. It does get easier but never easy. True enlightenment comes when you realize that no one knows exactly what a market will do—not you, not me, and certainly not that guy who screams on TV. True enlightenment comes when you shut out logic, reason, and noise and just follow along. The next time you find yourself interjecting well-thought arguments, just ask yourself, is  the market headed higher, lower?, or just plain sideways?

Damn! I knew you were going to ask that! Let’s start with the Ps. About a week ago things were looking pretty iffy. The index had dipped below its well watched 200-day moving average. So far, it has spring boarded off it and appears to be going back to challenge its all-time highs. Intermediate-term it is still stuck in a sideways range, pretty much were it was last Thanksgiving.

The Quack (Nasdaq) seems to be coming back with even more vengeance. It’s one good afternoon away from all-time highs. True, you still have to get there but I’ve learned that if a market is at or near all-time highs, it’s best to err on the up side.

The Rusty (IWM) is making a decent comeback too. I’d be concerned if it stalled short of its old highs but I suppose we’ll cross that bridge when we come to it.

With the indices improving, so are the sectors but it is still a case of the good, the bad, and the ugly.

Drugs and Biotech broke out nicely to new highs.

Retail has also broken out to new highs.

Leisure, Foods, Health Services, and quite a few others also appear to be returning to their previous highs.

Banks, which were in a freefall a few days ago are coming back with a vengeance.

The Semis have bounced recently but still look poised to make a new leg lower. Ditto for Hardware.

The Trannies have come back strongly. And, no, I’m not talking about the boom in trans-genders. I would never stoop so low as to mention Jazz or Caitlyn just for Google hits. I’m talking about the Transportation stocks. Although they have bounced they still look like they might be in trouble.

The Energies are bouncing off their old lows. It is way too early to bottom fish here but they might be worth watching to see if a new trend emerges.

Metals & Mining have worked their way slightly higher after tagging multi-year lows. No need to try to catch the falling knife here.

The bottom line is that the sector action is mixed but many are improving.

As usual, be selective going into any new trades, especially since the intermediate-term trend remains sideways overall. Make sure you really like a setup to begin with. What amazes me is that when things get questionable and the indices begin to whipsaw, my database produces fewer and fewer meaningful setups. It’s telling me to wait. And, it usually pays (or keeps you from paying) to listen. So, I’m waiting. We could see opportunities soon in the aforementioned stronger sectors that are resuming their longer-term trends. And, we could eventually see opportunities in those areas that are scraping bottoms. There’s no need to be a hero here just yet. For the most part, now is the time to remain patient for hopefully just a little longer. The shorter-term positive developments are a good thing but I’d sure like to see new highs in the indices, follow through in more sectors, and of course, meaningful setups.