And In The End, We Begin – Dave Landry on Trading

And In The End, We Begin 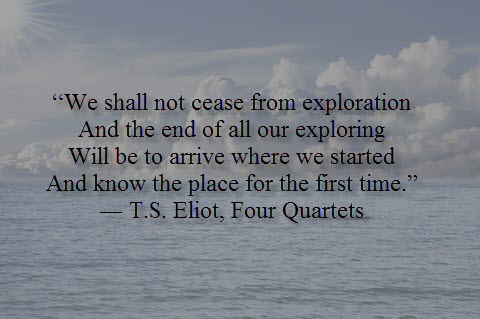 A market’s job is to fool and frustrate the most. Things have been looking a little iffy lately and what did the market do? It went up. In fact, Ps (S&P 500) closed at all-time highs. As I preach, when a market is at or not too far from new highs it is usually a good idea to err on the side of the longer-term uptrend.

I often talk about a trader’s journey from the simple to complex and then back again. You start with a clean chart but then begin to add indicators, and more (and more) indicators. And, in my case, indicators of indicators. It seems that true enlightenment comes when you begin peeling away all that “stuff” until you can once see what matters-the only thing that matters-price. Never forget that in order to profit from a trade, all you have to do is catch a price move. I know, duh. Hear me out though. Whenever you find yourself plotting the 15th oscillator or wondering if it is the 5th of a 3rd or the 3rd of a 5th, just look at the price. Is the market generally going up? Down? Or, just plain sideways?

Some get stuck in the complex and arcane. And, as long as the market is behaving as “it should” they do quite well. Unfortunately, as soon as the market does something “wrong,” their ego rears its ugly head. This forces them to stick to their guns and fight the trend or worse, begin tweaking their methodology to increase the complexity further.

It took me a long while to stop trying to outsmart and outthink the market. Being labeled a Trend Following Moron in the process made me think twice the next time I went to plot some derivative of a derivative.

Back when John Bollinger had a forum for his peers, he would often end his posts with the tagline: “If you advance far enough, you arrive at the beginning.” When I asked him the genesis of the quote he explained that it was likely from a book he read about Albert Ayler. “The book said that he had advanced so far that he came back in at the beginning.” John went on to say that the best expression of the idea may be from T.S. Eliot:

“We shall not cease from exploration
And the end of all our exploring
Will be to arrive where we started
And know the place for the first time.”
― T.S. Eliot, Four Quartets

You have to find something simple that makes sense to you and follow it. Do keep in mind that in the market, things can be a little perverse. The market can often offer a false sense of security. About twice a month I receive an email telling me that my stocks are too volatile and they are not comfortable trading them. They prefer less volatile stocks. Unfortunately, what appears to be safe on the surface can actually be just the opposite. By trying to avoid risk they might actually be creating it. For me, it’s better the devil you know. I know that my stocks are volatile and I adjust my money management accordingly. Knowing that they have to propensity to make large moves, I’m ready for it. This is much better than becoming blindsided when, not if, the so called “Black Swan” shows up.* Watch Thursday’s (05/14/15) Dave Landry’s The Week In Charts (below) and I’ll walk you through it.

Now, things have improved lately but let’s not start kissing each other just yet. This market is “pretty freaking far from okay.” Bonds have been in a serious slide as of late. And, until the market officially clears its range and stays there, it’s still range bound.

The good news is that many sectors that were skirting the bottom of their trading ranges have bounced. Said alternatively, support held.

The other good news is that emerging trends in the recently mentioned areas of Energies, selected Metals & Mining, Latin America, and second tier Chinese stocks appear to remain intact. Selected Gold stocks are waking up too.

So what do we do? As usual, don’t do anything drastic. Just continue to follow along. Do be super selective on new positions as long as the market remains sideways over the short-to-intermediate term–if only their was a course on how to pick the best stocks 🙂 I still think at this juncture the best opportunities are in emerging trends vs. established ones. Brush up on your trend transitional patterns. Start by searching for Bowties on my YouTube Channel.