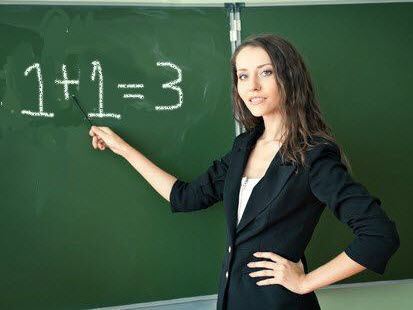 In life, the ends ﻿usually ﻿justify the means. This is, provided of course that the “means” are legal and not morally wrong. In trading though, the ends don’t always justify the means. If you didn’t honor your stop and the stock comes back for you to profit, you’re not a genius. You’re stupid. The market often rewards bad behavior and isn’t always the best teacher.

If You Think Tuesday's With Morrie Ended Badly, Try Dinner With Dave

I once got into a very heated debate at dinner. My guests had bought a stock that was obviously headed lower. Ironically, they bought it on the exact day that I had recommended it as a potential short. They even called my wife to brag about their foray into the stock market. I suppose they expected me to be impressed that they were “playing the market.” The stock continued to implode to lose over half of its value. ﻿Then﻿, over the next year, the stock came back. They sold out at a small profit. When I discussed their foolishness, they said: “Well, we did make money! Didn’t we!?!” Yes, you did but you could have made many times that amount if you would have held on to it when it was going up. Further, instead of losing half of your money in the process, you could have bought the stock after it bottomed and began to rally. They explained to me that they didn’t lose half of their money because they didn’t sell when the stock was down. As you would imagine with me at the table, the “heated debate” began to escalate. My point is that yes, it came back, but I can assure you that they won’t always come back. As I wrote in  The Layman's Guide To Trading Stocks, even well known companies such as a brokerage established way back in 1850 and a bank founded in 1889 can go out of business. And, even if they do eventually come back, “eventually” can be a long long time.

Again, the market can be a really bad teacher. And, don’t come to dinner with me and talk stocks—unless of course you’re trading with the trend and practicing sound money management.In trading you have to be process vs. end goal oriented. Doing stupid things can pay off over the short-term but it won’t longer-term. That’s one of the few things that I can guarantee. You must wait for entries, honor your stops, take partial profits when offered, and then trail your stop higher. Provided of course that you have some experience and are picking the best stocks to begin with (hey Big Dave, where can I learn more about that? I'm glad you asked. Watch the video on this page.) Being process oriented will will pay off longer-term. Unfortunately, over the shorter-term, it may not. You will often have to be willing to let stops take you out of the market. He who fights and runs away lives to fight another day.

Being process vs. end goal oriented isn’t always easy. Sometimes you have to be extremely patient and other times just plain give up. The market zigs and zags will often encourage you to do the wrong things at the wrong﻿ ﻿times like cut your winners short and hang on to losers vs. doing just the opposite. Fighting human nature isn’t easy. However, if you did the right thing by following you plan and things didn’t pan out, so what. Longer-term it will. Reward yourself for following the plan, not the end result of any given trade.

It's Cliche' But You Have To Do It

Plan your trade and ﻿trade ﻿your plan. Focus on the process, not the outcome. The outcome will take care of itself.