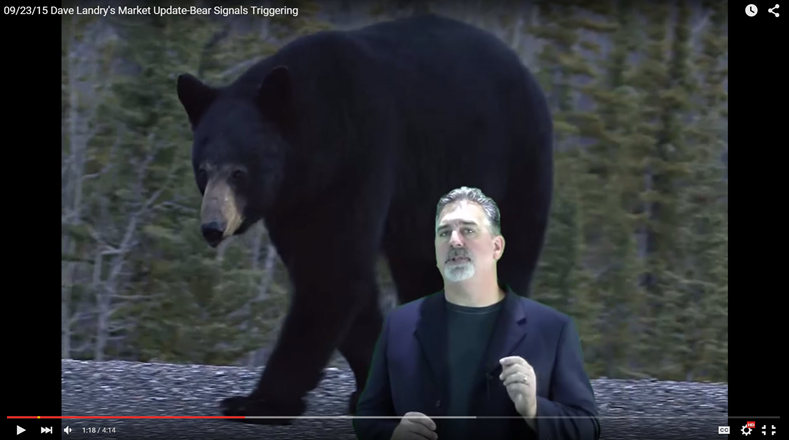 How Do I Know?

How do I know for sure that there’s going to be a bear market? I don’t. No one knows for sure what a market will do—not you, not me, and certainly not the guy who screams on TV. The signs are there though. As my good friend Greg Morris says, “We treat all signals as if it will be the big one.” Greg’s right. You have to take signals seriously.

I discussed the signs in Thursday’s Dave Landry’s The Week In Charts. Check it out (below). The show is free and must be great because people often say “Dave’s good for nothing!”

I’ve spend quite a bit of time discussing all the signs, signals, setups, and triggers lately here and in my Youtubes so I won’t bore you (too late?) with the details. To recap:

2. Weekly Bowtie. Over the past month or so we have watched the weekly Bowite moving averages (download the free Bowtie report) cross and subsequently setup and trigger. The last 2 times that we have had major signals like this the market has halved. 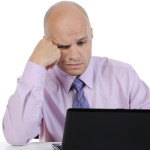 forced to face the reality that the market doesn’t just go up. You now have to ask the question: Is this perpetual money making machine which has worked so well since ’09 no longer working? I think those late to the game are being forced to question being forced into the market because it was the only game in town. Remember, there’s no magic to reading the charts. You’re just looking to see what people have done and might be likely to do based on this. Tom McClellan’s mother Marian once said “Everyone uses timing in their investing.  Some people buy when they have money, and sell when they need money, while others use methods that are more sophisticated.” 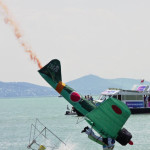 4. High Fliers Falling From Grace. Momentum is a wonderful thing. I love it! Unfortunately, it ends badly. If I could ever solve for that, you’d never see my fat ass again! Seriously, the momentum stocks have been torpedeoed and so far, there appears to be no end in sight.

So What Can You Do?

Okay, fine, it doesn’t look so great but like Pinocchio being a bad motivational speaker, everyone knows that. Tell us what to do. I’m glad you asked: 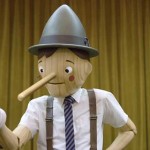 Inefficient stocks are those where everything isn’t already priced in. These are stocks that trade on promise and not reality. I doubt there will be enough of these to go heavily long if the market continues to tank but there might be the occasional worthwhile trade. 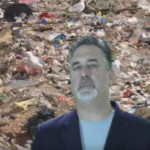 4. Cash Is Not Trash Yes, we get paid to trade but there are times when it’s not a good idea to put capital into harm’s way. As I have been preaching, it’s better to be on the dock drinking beer wishing you were out to sea than to be out to sea wishing you were on the dock drinking beer.  The old adage return of capital is sometimes more important to return on capital comes to mind.

Oil and the Metals & Mining appear to be scraping bottom in here. That doesn’t mean you should run out and buy just because that can trade contra to the overall market though. Wait for them to bottom buy looking for signs, signals, setups, triggers.

With the few aforementioned potential exceptions aside, a “falling tide” sinks all ships. If this is the case then the only way to prosper from this predicament would be to short stocks. In theory, shorts see 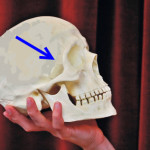 m great. You sell something ahead of time and then buy it back at a lower price for a profit. Well, if you’ve been trading for more than 5 minutes, you know that in theory, theory and practice are the same. In reality, they are not. Shorts are a pain in the buttocks. First, there’s logistics such as borrowing and buy backs. And, second, the retrace rallies flat out suck. In theory you get on board and just follow the market lower. In reality, the market whipsaws right back to knock you out and then takes a nose dive. Also, without using more advance techniques such as trading around core positions, the most you could ever make on a position is 100%. And, of course, in theory, your potential losses are unlimited. I say “in theory” because you’d have to be an idiot, well, a rich idiot, to hold on to a stock for massive losses. As I wrote in Layman’s, your broker will remind you to keep adding money to your account and if you don’t, he’ll kindly close out the position for you.

Wait, short or not? Okay, again, cash is not trash. It’s okay to sit on your hands but yes, learn to short. Wait, I thought you said it was a pain? It is but it’s the only way to make money in a bear market. You’re not going to get rich because it’s tough, but net net, ala 2008, you might actually end the year in the black while 95.6% of the professional money managers end in the red-just like the market.