To Short Or Not To Short?-The Reason You Should Is Not The Reason That You Might Think – Dave Landry on Trading

To Short Or Not To Short?-The Reason You Should Is Not The Reason That You Might Think 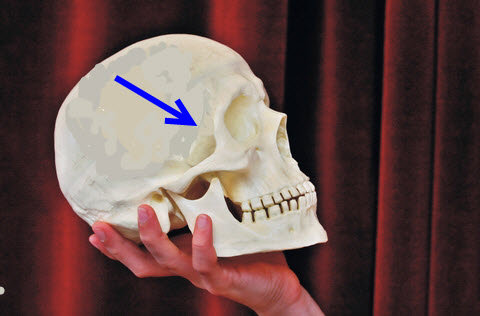 The Market Has Decided

The market has pruned the model portfolio via trailing stops over the last few months. This leaves us with just 2 half positions left. It’s nice not having a ton on while the market begins its meltdown. True, it would be nice to be completely flat and even short but you rarely get it exactly right in this business. If you’re trend following, then in the end, you will have to give up some of that trend. That’s how it works.

Speaking of shorts, shorts have been a little tricky this year in this choppy market. As I told my peeps Friday night in my Core Trading Service, it’s tough to watch the market implode and not be short but you forget the dozens of other times this year the market has just faked out. It’s human nature to see things when they worked but not take notice of the many of times that they didn’t.

Tougher Than It Looks

Shorts, in general, are a little tougher than they look. There are some logistics involved such as borrowing of the shares. Shares can also be called in.  The same buy side patterns do work but you have to anticipate moves because they “slide faster than they glide.” Often, by the time you wait for confirmation, the move is over. The retrace rallies quite frankly, suck. You often get knocked out of perfectly good positions and then have to watch them promptly turn back down. Further, unless you “trade around” core positions, the most you can ever make is 100%. And, of course, your potential losses are unlimited-but you’d have to be obstinate and have a lot of cash to put up to keep the position(s) on. Brokers are pretty nice about shutting down things for you when you start to run out of cash. 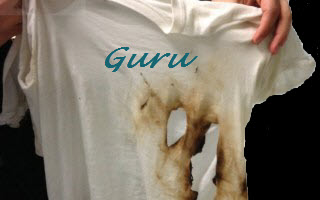 When it omes to shorts, like Fiorella Mannoia, I have no fear. It’s just a little trickier. We stayed net short in late ’07, ’08, and early ’09. Like Salt-n-Peppa pushing it, that’s what trend followers do. I’ve given up trying to outsmart the market years ago. Been there, done that, and got the t-shirt.  I got rid of ego. Now, I just go with the flow.

I think shorting is a necessary evil for two reasons. First, and obviously, it’s the only way to make money when a market is going down. And, second, going both long and short helps you to see both sides of the market. The money managers that I know are “long only” seem to always see the glass as half full-at worse.

As a good little trend follower, we follow it up, we follow it down, and we find something else to do when it’s sideways. As Gary Kaltbaum once said “Give me an uptrend, a downtrend, or a ticket to Tahiti.”

The market obviously got creamed on Friday and it “ain’t over yet.” The futures are getting taken out behind the woodshed and shot pre-market. China’s to blame this time. Anyone remember Greece? Higher interest rates? Nope, it’s China. I’m glad that’s settled. Seriously, don’t get too caught up in the news since the “real” reason a market tanks often has nothing to do with the disaster-de-jour.

The Rusty (IWM) is now good and well below it’s 200-day moving average. So far, a confirmed top remains in place here based on retracement after the Bowtie signal. Watch Thursday’s (and the Thursday before that) and I’ll walk you through that.

The Ps (S&P 500) lost over 3% on Friday and it looks like they’ll lose a like amount on the open. As I have been saying, I have been hoping for one last shake out but this is ridiculous. Once the bottom of a range is broken decisively, it’s hard for a market to get back through it. It’s human nature. Those who bought during the range will be looking to get out at breakeven. Dust off your Schabacker and Edwards & Mcgee books. Support becomes resistance. The longer the market stays below the range the more important that range becomes. My reasoning is that the people have more time to consider the aforementioned predicament, especially if it begins to worsen.

Not one of the major industry groups that I track ended higher. I’m sure this has happened in the past but I don’t remember seeing it. There’s no need walk you through the carnage, the baby pretty much got thrown out with the bathwater.

I think it’s safe to say that the market is oversold and due to bounce, especially given how we’ll open today. For the super aggressive and disciplined, keep an eye out for an Opening Gap REversal (OGRE). Other than a day trades just for S&Gs, do not try to catch a falling knife. Implement a damage control plan on any remaining longs. See the second half of Layman’s and watch as many of my Week In Charts as you can stand. I often cover discretionary techniques. If this is your first price shock or you lack discipline, just let the stops take you out. Get educated though and be ready for next time. It’s too late to put on any shorts shorter-term but get ready to get ready. Let’s see where the retrace rally takes us. It might just be the mother-of-all Trend Knockouts (TKO)—like we saw in the Ps back last October. Then again, it might not. No one knows at this point. He who fights and runs away lives to fight another day. 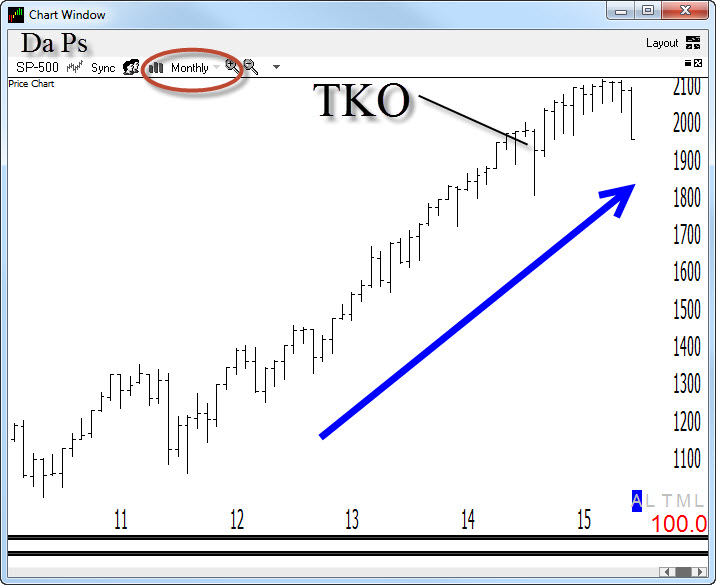