The Upcoming Bear Market Of 2018 (?)-Part 1: Signs And Signals – Dave Landry on Trading 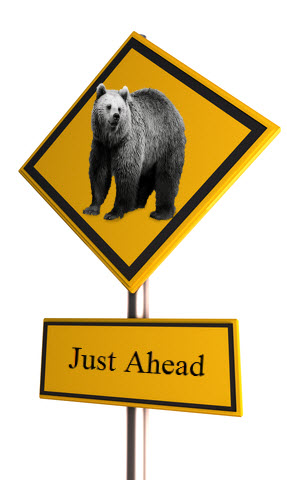 With the market becoming a little “iffy,” now’s the time to be prudent and brace for a bear market. I suppose the first question is: “How do I know we’ll have a bear market in 2018?” Well, I don’t. I can’t guarantee much in this business, but I can guarantee that there will be another bear market. When? Well, that’s the $64,000 question.

The good news is that there will be warning signs. All major tops will have signals, but not all signals will turn into major tops.  Let’s take a look at exactly where we are now. In the next installment, we’ll look at how to survive and prosper during a bear market.

The Trend Is Your Friend, Well, Sort Of….

Before we get into the warning signs, I think it's important to touch upon trend following. In order to follow a trend, you must first have a trend to follow. Therefore, you will be a little late to the party. And, when the trend finally ends, what appears to be a normal and healthy correction turns into something much bigger. So, you will likely overstay your welcome and end up with a bit of a hangover. That’s okay. That’s what we signed up for. We know that the only way to profit from a market is to catch a trend. Just know that it sometimes takes a while for a trend to start and in the end, it ends badly. With that out of the way, let' stake a look at current signs and sell signals.

Sell Signals In The Indices

The S&P 500 and Russell 2000 (IWM) are set up as daily Bowtie sell signals (see the pop up on this page or visit  my store for free a free report on the pattern). When these occur off of major highs it usually pays to pay attention. Technically, both have triggered by trading below Friday’s low (02/16/18). A less aggressive entry would be if they took out recent lows, say 2650 and 147 respectively. 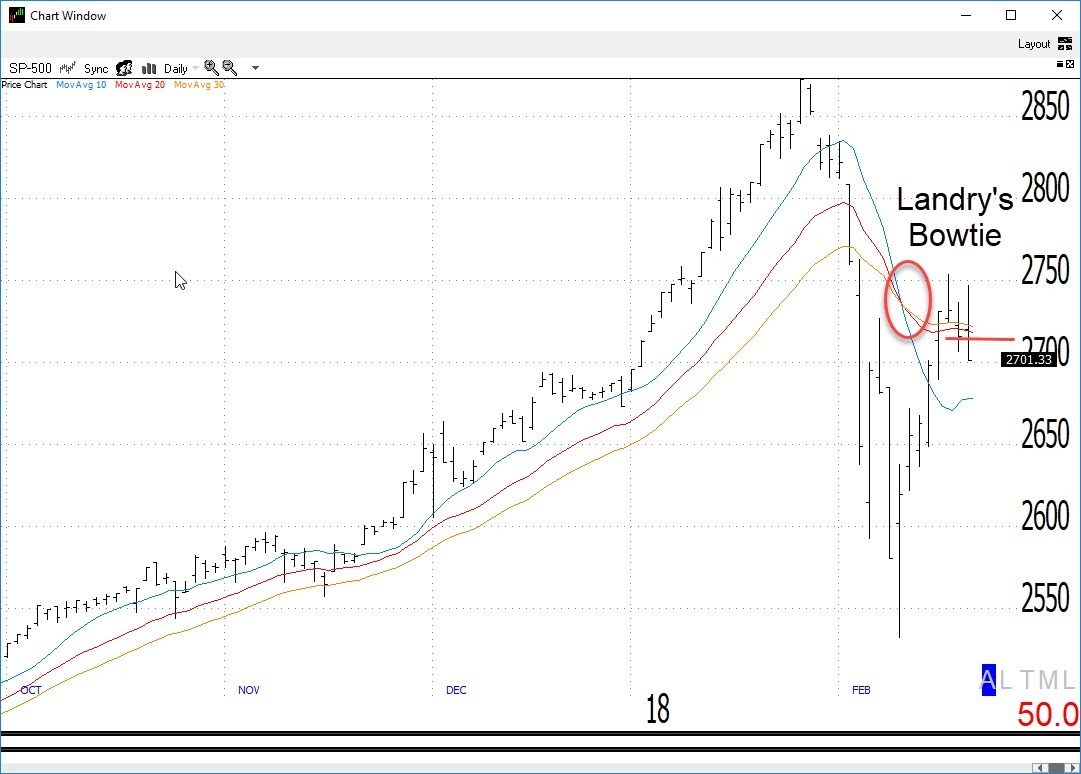 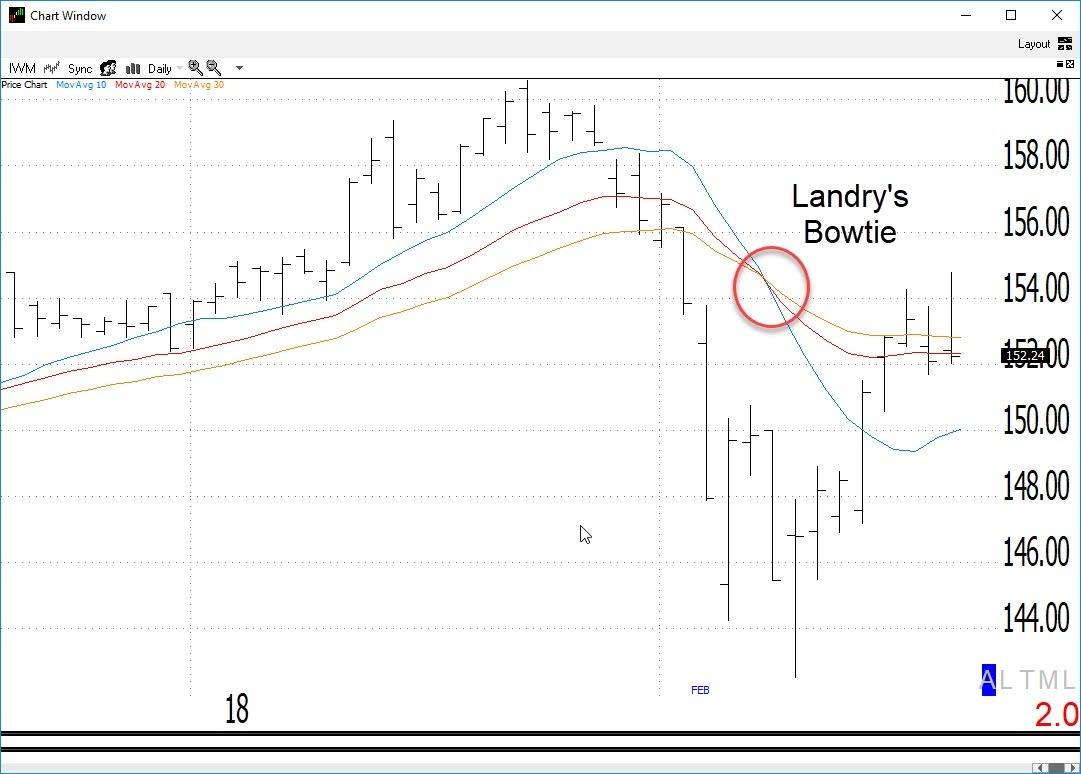 The Nasdaq has had a sharp retrace rally, but so far, it appears to be just that-retracing its recent slide. True, a few big up days would put it back to new highs. I suppose we can hope for the best while bracing for the worst. 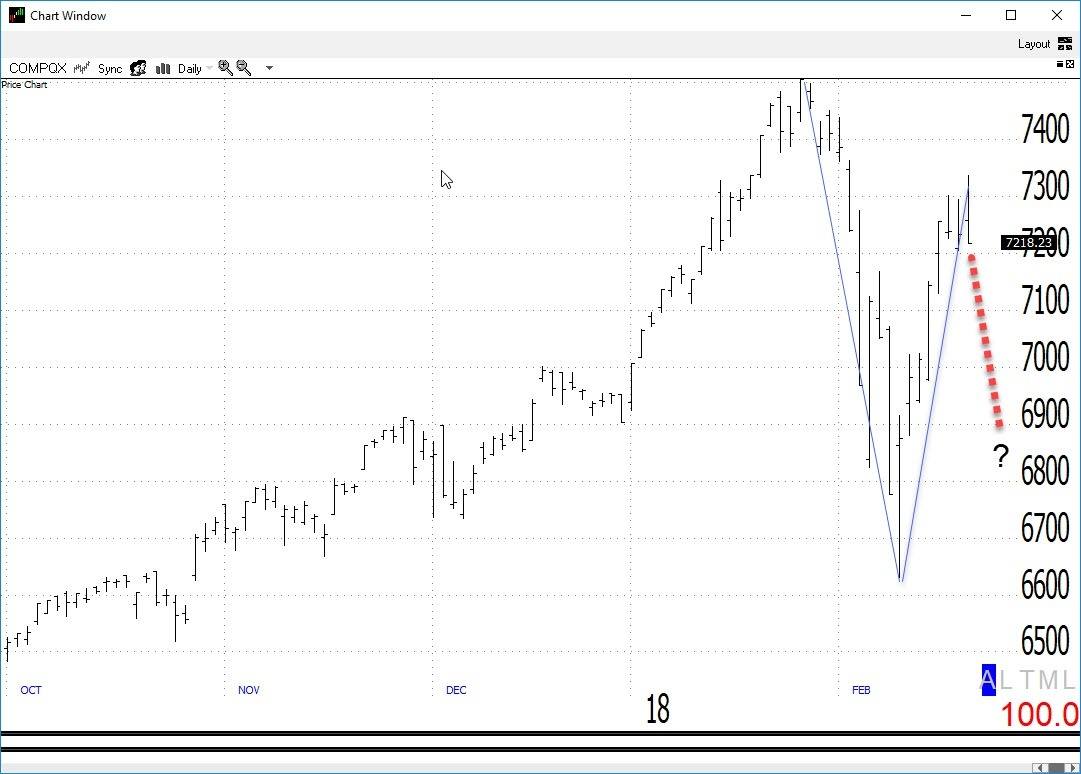 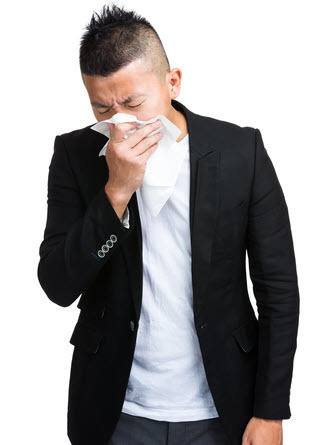 There's an old Wall Street adage that when the "United States sneezes, the world catches a cold." Throughout my career, I've been told that the adage no longer applies. So far though, I haven't seen it. When we stumble, they fall. Take a look at the Europe, Far East, And Australia ETF (EFA). 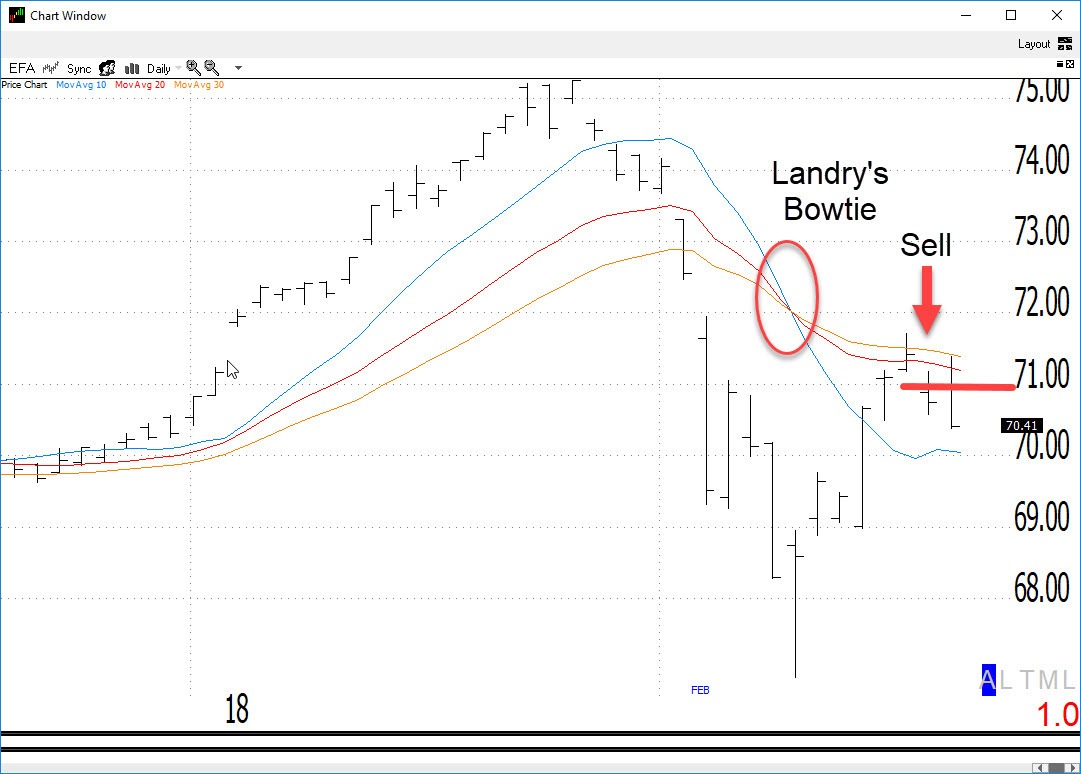 Well, obviously, foreign countries aren't looking so hot. So, what about areas that can trade independently of the indices like commodities?

Well, here's Metals & Mining. Notice that so far they have made a sharp retrace rally and have since turned back down: 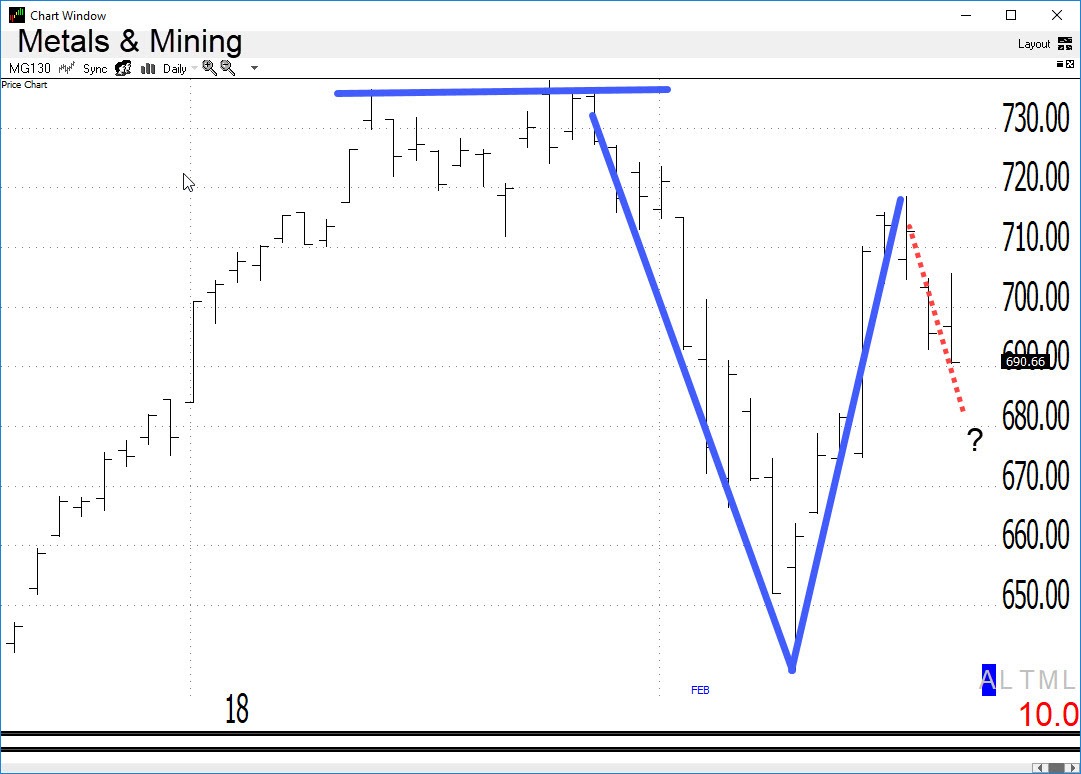 And, here's the Energies: 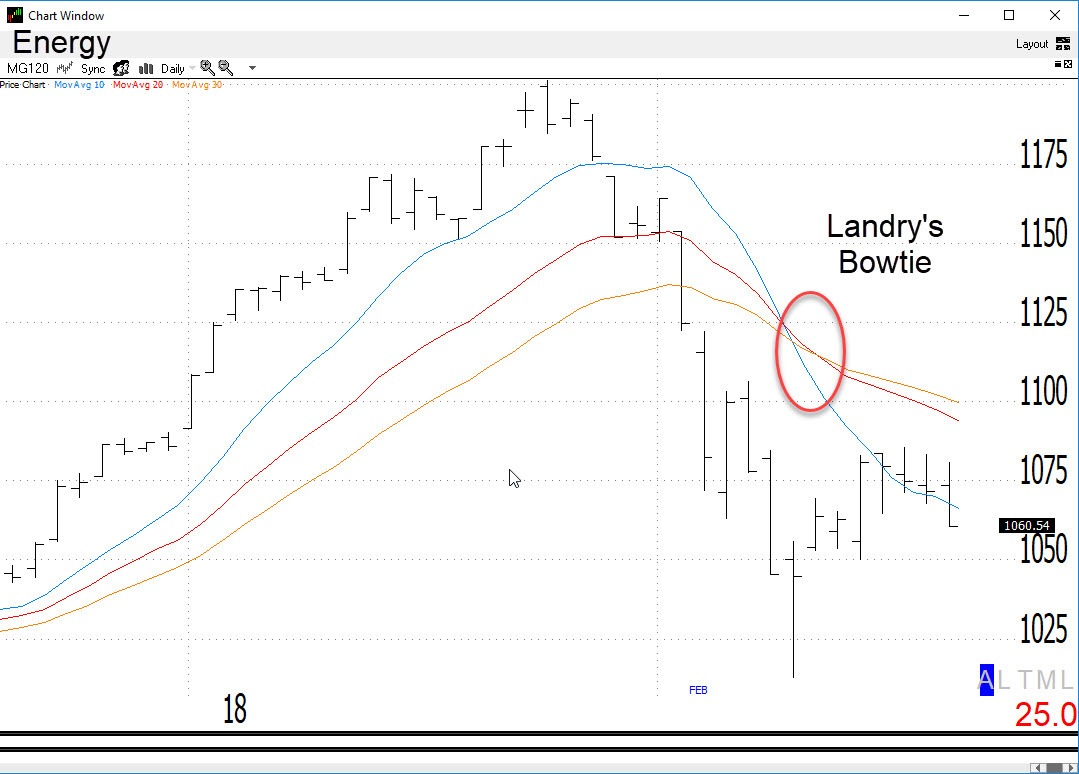 So-called, "defensive" stocks can trade higher, or at least be stronger on a relative strength basis, even during bear markets. This is because people still eat and, you know, do that think you do after you eat-even in bear markets. 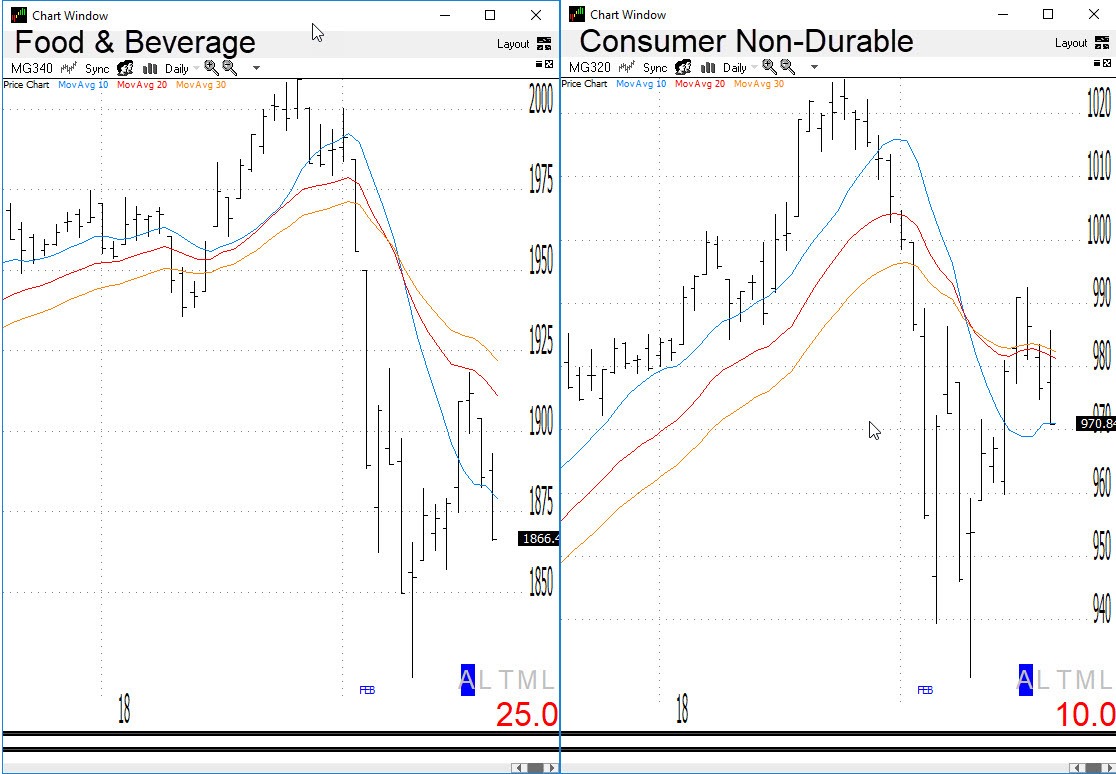 Speaking of defensive issues, people also still take Drugs during a bear market. Some could argue that they take even more! Unfortunately, the diagnosis for drugs doesn't look so good either (keep scrolling for a chart).

I have friends much smarter than me (e.g. Greg Morris) that do in-depth market breadth work (see Investing With The Trend on my recommended reading). I think there's a lot to be said for this, but I just like to get my hands dirty. I take things empirically. That's a fancy way of saying that I just look at the charts-lots of charts. I look at 2-3 thousand charts daily. From this, I get a good feel of what's really happening under the hood. I'll discuss this more in part 2, but essentially, I'm looking for uptrends vs. downtrends, the number of sell setups vs. buys, debacle de jours, stocks making new highs/lows, etc.. I also look at each and every one of the 239 sectors that I follow (Morningstar Industry Groups) along with dozens of ETFs.

Below is just a small sampling of what I'm seeing in the sectors: 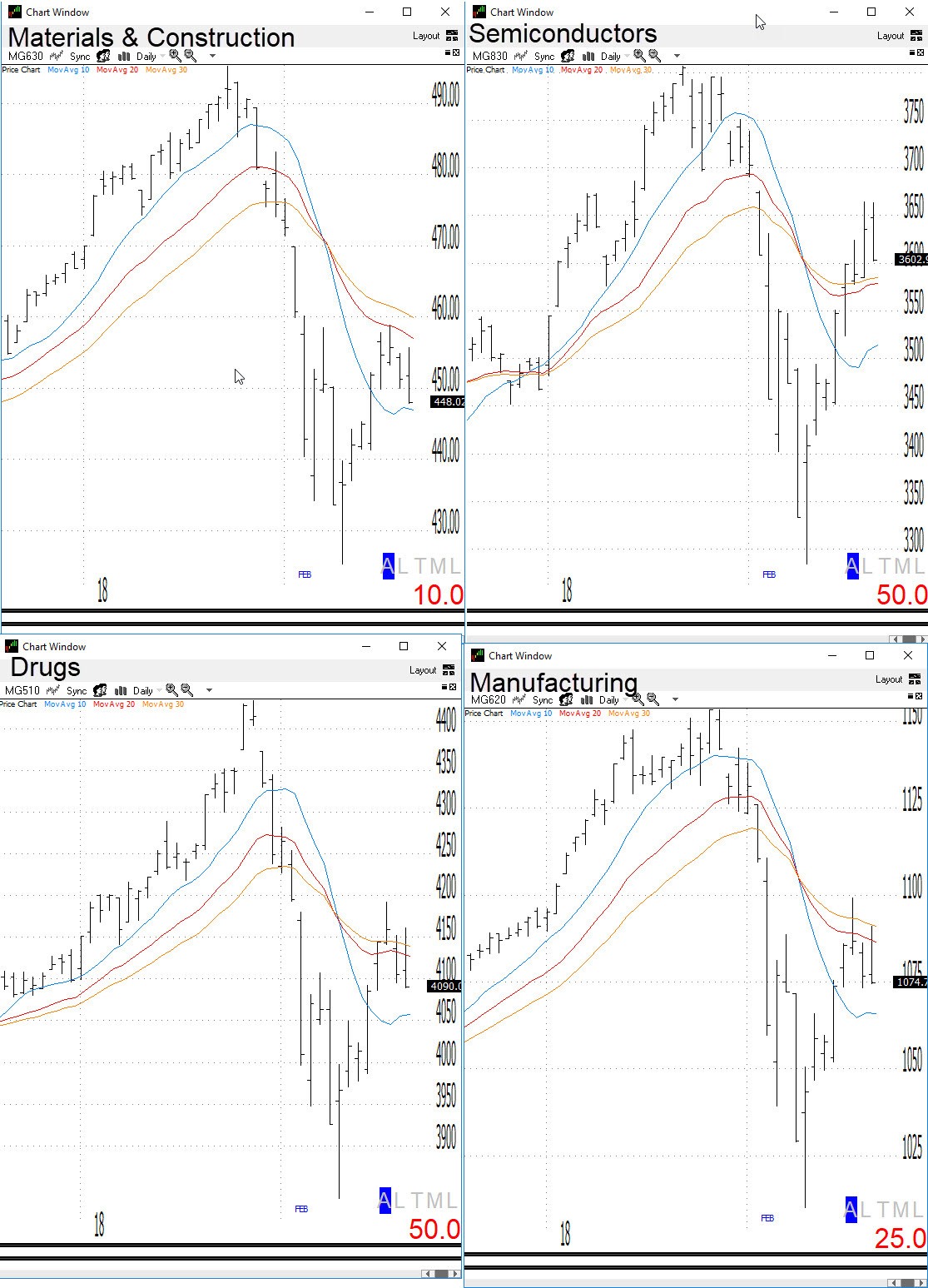 Longer-term, Is There Hope?

Well, yes, so far. Take a look at the weekly chart with the 50-week moving average plotted. Notice that there is still upside Davelight (aka daylight: lows > moving average). Also, notice that major bull and bear markets have a mostly upside DaveLight count and bear markets have a mostly downside DaveLight count. One interesting fact is that you can't have a bear market without downside daylight. And, right now, as you can see, we're still in the green. Of course, the only problem with that is a market can drop quite a ways on a weekly chart before signals begin to appear. One other interesting characteristic is that after extended period of "green," red usually follows, especially after peaks.  Rather than reinvent the wheel, see the 02/15/18 chart show. Stealing a line from Greg Morris, "just don't operate heavy machinery after viewing." I haven't scheduled the next show just yet, but sign up here (once), and you'll be able to participate in all future shows. The shows are free and must be good because people often say "Dave's good for nothing!" 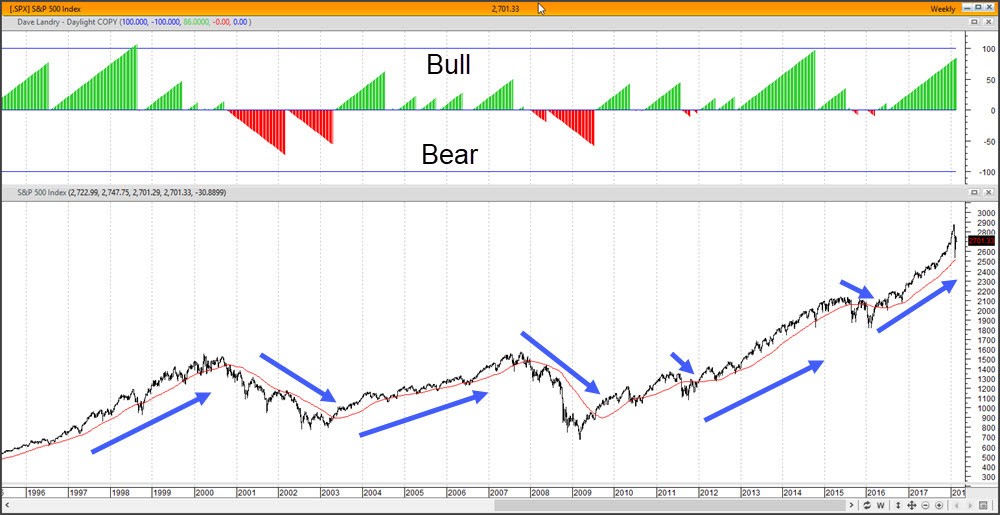 Weekly Bowties paint a similar picture. Notice that major bull and bear markets, occasionally with some lag, occur after major (those off of multi-year high lows) signals. The market would have to drop significantly or trade sideways-to-lower for a while to trigger a weekly sell. 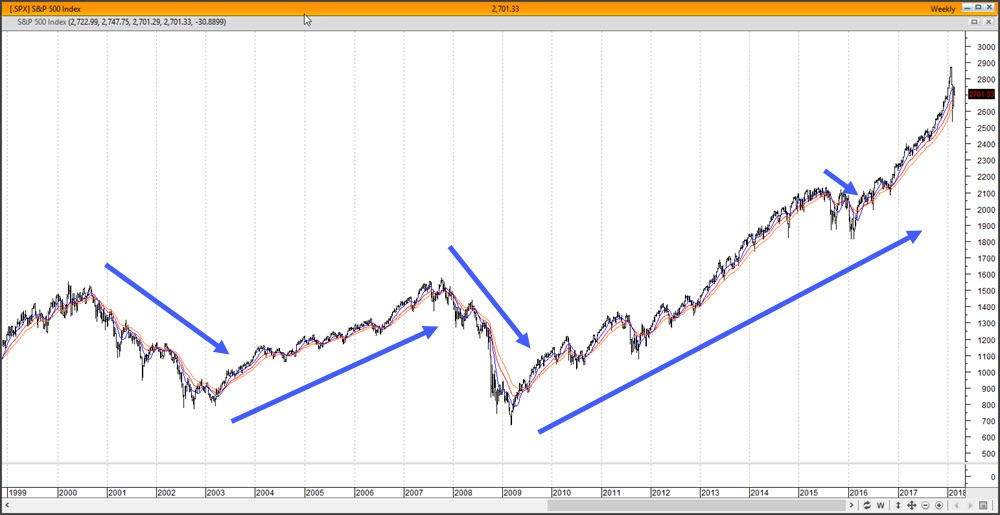 So, The Market Is Looking "Iffy," What Should We Do?

Well, there's no need to sell the farm just yet. Obviously, the aforementioned daily signs and signals are concerning. And, obviously, weekly signals triggers would be a bigger concern. I'm going to flesh out some things to do to survive in prosper during a bear market in the second part of this article. Spoiler alert: honor your stops on existing longs, be selective on any long side positions, consider a short or two, but wait for entries.