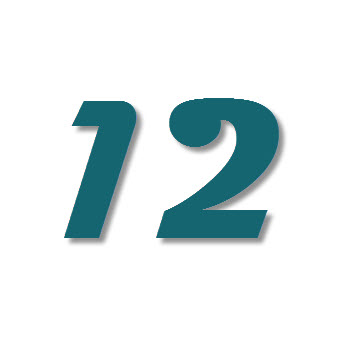 Next column/newsletter: Wednesday, April 15, 2015. Market In A Minute is now live. Click Here to watch.
Predicting the market is tricky. I’ve given up years ago. Wait Big Dave, then how can you trade? Simple, I don’t predict, I follow. Follow is the key work in trend following.

1. Is the trend (or emerging trend, read further) obvious?  I like to draw a big blue* arrow on my charts. If the arrow points down then it’s not an uptrend, it’s a downtrend (duh implied). If it points sideways then it isn’t a trend at all. This brings us to our next point.

2. What is the “net net” change? Is the market pretty much where it was a month ago? A year ago? If so, then there might not be a trend.

3. Is the market at or near new highs? If so, then err on the long side. Yes, you don’t know if the market will ever make it back to new highs but that’s the side to play. Leave the top picking to the gurus. They predict early and often and yes, sooner or later they will be right. Careers have been launched by them catching the ’87 top. And, most have been wrong for the last nearly 30-years. Like Janet, one has to wonder “What have you done for me lately?”..but I digress.

4. Don’t go crazy with the indicators but something as simple as moving average “daylight” can be quite useful. Daylight is simply the low of the price bar being above the moving average. I wouldn’t rush out and trade this mechanically but it can really help to keep you on the right side of the market. Using the Ps (S&P 500) and the 200-day moving average as an example: Over the last 3-years, we’ve only had 9-days of downside daylight. And for those keeping score, the market is up over 70% since then. Write that down. You’re welcome!

5. DO learn classical technical analysis patterns. Start with the old classics from Schabacker and Edwards & McGee. Then, move to more modern classics such as those from Murphy and Pring. See my list of books to read under books in my store. Don’t try to rush out and trade these patterns in and of themselves. Wait for some sort of trigger. For instance, a Bowtie off of a double bottom or saucer bottom can be a wonderful thing to get into emerging trends.

6. Don’t worry about looking smart. You’ll always be a little late the party and you’ll always overstay your welcome a bit. This is how I got the not-so-affectionate-at-the-time name “Trend Following Moron.” And, it stuck (yes, www.trendfollowingmoron.com is my domain). See last week’s rant on being willing to give up some open profits. See my YouTube channel.

8. Use stops. Any trade, no matter how well thought, has the potential to become a losing trade. Right now, 100% of the open model portfolio is profitable, one by nearly 50% and one is close to 100%. Scroll down to view it. Yet, I know this won’t always be the case. Wait for it, he who fights and runs away lives to fight another day. Trust me, I get my ass handed quite often but I know if I chip away at it there will be times like these.

9. Pick the best and leave the rest. I know it’s cliché, but you’d be surprised at how many times people ask me to opine on charts that look like electrocardiograms. This is why I spent 14-hours showing how to do exactly this.

10. Stick with your winners. If you had 1 outstanding employee and 3 really crappy ones, would you fire the one that’s performing and hang on the bums because they are due to start working someday? Of course not, yet in trading people do exactly that. They ditch their winners out of fear and keep their losers out of hope.

11. Obsess before you get into a trade, not afterwards. There’s nothing to do once in a trade except following your plan.

12. And last, but certainly not least is you. Are you truly doing all of the above? Or, are you trying to pick tops or bottom? Are you using complex or arcane methods? Are you waiting for entries? Are you trading for excitement? Trading, done properly, can be a little boring. Done right though, you can take that money and do something exciting.

Hey Big Dave, what about the markets?

Oh, I almost forgot. The Ps had a decent day, tacking on a little over ½%. Yes, they have been a sideways since last Thanksgiving but the good news is that they have had daylight (basis the 200) since then and they are less than ¾% away from all-time highs. So, continue to err on the side of the longer-term trend but DO be picky in your stock picking as long as the market remains sideways over the intermediate-term.

The Quack (Nasdaq) also had a decent day. It is one good day away from 15-year plus highs. Yes, it too has been a little sideways as of late but the longer-term trend, so far, remains intact.

My favorite, the Rusty (IWM), is now less than ¼% away from all-time highs. In my best Bela Karolyi voice “YOU CAN DO IT!”

The sector action is mixed but improving. This isn’t a big shocker with the aforementioned action in the indices.

Drugs have been coming back nicely. They are forging their way higher towards new highs.

The Energies closed at multi-month highs. A bottom appears to remain in place here.

The Transports remain stuck in a range but have been working their way back to the top of their range.

So what do we do? Stick with the obvious trends such as Health Services and Drugs until proven otherwise. Look to get onboard what appears to be an emerging trend in the Energies. And, of course, follow the aforementioned dozen things.

*In the late 90s, I started drawing big blue arrows on my charts. They were blue simply because my paint program defaulted to blue–hence the name of my production company Big Blue Arrow Productions. And now you know.