Your Success Depends On You Doing These 3 Things 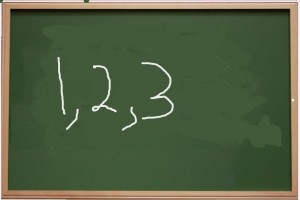 Lately, I seem to have found myself at some cocktail parties being asked to explain “exactly” what I do. The short answer is that I buy markets that are going up, I sell those that are going down, and I sit on my hands when they are going sideways. Yes, there’s a little more to it but when you boil it all down, you have to sell higher than you buy so why not try to get onboard something that’s going up, avoid things that are going sideways, and sell things that are going down? Since the market can only do 3 things, there are only 3 things that you should be doing, period (write that down). Yet, somehow, in spite of the fact that this is pretty much what I do, my answer comes off as being flippant (admittedly, I can be a little “doucey” at times, especially when discussing markets at cocktail parties, but I digress).

What Is TA Anyway?

Since the “short answer” doesn’t seem to work, I woke up this morning thinking that I should probably define technical analysis a little better, especially since I have a party to attend on Saturday. So here it goes: Technical analysis is the use of charts to read the psychology of the market’s participants. Based on this, you can then determine what they will likely be encouraged to do next. In the process, you have to resist your own emotionally charged feelings so that you don’t become “one of the crowd.” How’s that?

There are people behind the price bars. It’s not just squiggles on the screen. And, the good thing is that human nature of these people never changes. When the market sells off hard, many step in because it’s “on sale”-the proverbial catching the falling knife thing that I’ve been talking about ad nauseam. When the market does stay down for a while, the buy and hope crowd explains that “I’m in for the long haul…” As I wrote in Layman’s, people often laugh at me when I say that a market can go 25 years or more without making new highs. I wish it did always go up. Unfortunately, it doesn’t. And, these people may be forced to sell when it begins to look like community college might be the choice for jr. vs. Rice, Tulane, or Claremont McKenna. Greg Morris once pointed out that a lot of the metrics about how the market goes up longer-term is based on an 81-year time horizon. I don’t  know about you, but “Ain’t nobody got time for that!”

Same As It Ever Was 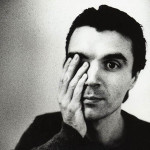 Friday’s rally was another example of how human nature never changes. I received emails Friday night suggesting that the bottom was in. Well, that’s fine with me. I’d rather go long and ride out a long bull market but unfortunately, Beatrice, “That’s not how it works, that’s not how any of this works.” It takes more than 1 good day, well, now 2 if you include Monday, to turn a market. 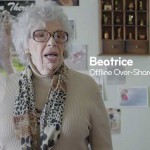 Speaking of the market, the Ps (S&P 500) already seem to be losing a little steam. Yes, the bounce from lows was impressive but the market is still lower than it was a few weeks ago. BTW, net net change, the simplest of all techncials, can be quite a useful tool. The market is obviously down for 2015 but its actually even lower than it was last July. This can have people begin to think about return of capital vs. return on capital.

In the sectors, we have been watching the commodity related areas like a hawk lately and it appears that they are now soaring. Well, at the least it looks like they are finally turning the corner. Energy stocks are up around 15% since last week. Bigger picture, they have formed a double bottom at lower levels. This is a sign and signal, we just need the setup and trigger now. The underlying commodity seems to have turned first. It now appears that the stocks are following suit. Full disclosure, we are long USO, in the model portfolio. Metals & Mining have also put in a similar pattern. If the Dollar turns from sideways to lower, this should really help to get the party started (commodities are Dollar denominated). Don’t be a hero just yet though. As mentioned recently, the bottom in these areas can be more of a process than event—although it does look like the process is becoming an event.

Most other sectors still look like they’re in a heap of trouble. Yes, they have bounced recently but the bigger picture rollovers appear to remain intact.

I’m seeing a plethora of shorts generated by the database lately and few longs. Yes, continue to seek out inefficiencies (read the free report) such as more speculative issues and IPOs but for the most part, other than the aforementioned commodity related areas, focus on the short side. Long or short, just make sure you wait for setups and triggers and then practice proper money management. See the last several Big Dave’s The Week In Charts for a lot more on that (subscribe to my Youtube channel and you’ll always be up on the latest—it’s free and must be good because I’m often told that I’m good for nothing!). Regardless of what you do, just remember that there are only 3 things that a market can do and only 3 things that you should be doing.