Why Trading Is Hard For You – Dave Landry on Trading

Why Trading Is Hard For You 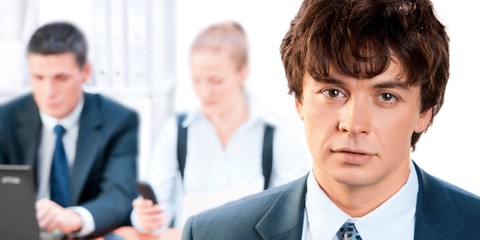 There’s a dichotomy between what most stocks are doing and what the Ps (S&P 500) and Quack (Nasdaq) suggest.

I never take things at face value. I like to dig. I like to look through a lot of stocks, roughly 2,000 nightly. I then like to look at 100s of ETFs and Sectors. And finally, I study the major indices. After doing all this, I get a pretty good feel for what’s going on under the surface. Yes, it’s a lot of work but for me it’s like being on a treasure hunt.

The hunting doesn’t always return bounty. Sometimes it might suggest that things aren’t so great. And, that’s okay. If you avoid the bad times, all you’re left with is good times. I think I might write that down.

Before we get into last night’s treasure hunting, let’s take a look at the Rusty (IWM). It often amazes me that after I do all that work, it was right there in the Rusty all along. It continues to sell off out of a First Thrust/Bowtie formation. Although it ended off of its worst levels, it still lost ½% on Monday nonetheless.

In going through my tradable universe (average volume > 250k), I see that most stocks are either in downtrends are behaving erratically. This is reflected in many of the sectors.

Retail tried to take off last week but has now lost all of its gains and then some.

The Homebuilders which have been wide-and-loose are now beginning to break down.

The Semis, which have imploded recently after probing new highs, look a little sold out. However, than in and of itself isn’t reason to buy.

Biotech was off to the races last week—after appearing to have rolled over—but has since given up nearly all of those gains and is now back in rollover mode: Ahh, the old doing the obvious but not without doing the un-obvious first.

Foods appear to be on the cusp of breaking down out of a high level sideways range.

The more you dig, the more erratic behavior that you will find.

On the bright side, Internet seems to be shrugging everything off. It is probing new multi-year highs and it closing in on new highs for the year.

Gold stocks have turned back up. I still think a major longer-term bottom remains in place here. As usual though with gold, they aren’t going to make it easy for us to get on board and stay onboard.

So what do we do? The obvious play would be on the short side. However, with the aforementioned erratic behavior, I’m not seeing a lot of structure to the market. Yes, some areas are breaking down but they have been all over the place. Considering this, we remain in wait and see mode. And that’s okay. You don’t want to be trading markets that appear to roll over, then gap higher, and then rollover. Trust me, that will create losses and frustration. Avoiding bad markets is hard to quantify. After all, your account balance doesn’t grow when you’re sitting on your hands. You see the one or two stocks that take off without you but you fail to see the dozens that would have turned into losing trades. The waiting is tough. People like you who are attracted to markets for more than the occasional dabble are highly motivated individuals. And, I’m guessing your success in your career didn’t come about by you sitting on your buttocks. So, I know, it is hard for you to do nothing. In trading though, that’s often the best thing to do.