Why I Think Abe Would Have Made A Good Trader 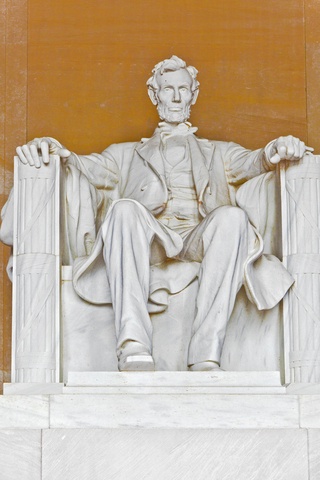 “The best thing about the future is that it comes at you one day at a time.”

Abe’s quote came up in Thursday’s webinar. You really have to take things one day at a time.

Yesterday wasn’t pretty. So far though, it is just one day.

The Ps lost well over 1%. This action forms an outside day down and it puts them back below their prior breakout levels, circa 1850. Looking at things on a net net basis, they haven’t made any forward progress for 2014.

The Rusty put in a similar performance.

The Quack got whacked harder. It ended down nearly 1 ½%. It too formed an outside day down and has now retraced backed to its prior breakout levels, circa 4250. Net net, it hasn’t made any progress since mid-January.

Now, let’s look at the sectors.

Drugs and Biotech sold off fairly hard. This action has them approaching their previous breakout levels.

Heath Services (and many other such as Automotive) dipped below their prior breakout levels.

A lot of sectors never did make it to their breakout levels to begin with. Manufacturing, Retail, and Banks (to name a few) all stalled at or short of their prior highs. So far, the “V” shaped recovery here is taking on a double top appearance.

Stronger areas like the Semis, Internet, and Chemicals only appear to be pulling back so far. Obviously, it will have to stop soon though.

All wasn’t bad in the world. Gold broke out nicely to new multi-year highs. You’re welcome! Don’t worry, I won’t get cocky. The market will always keep my ego in check.

Silver didn’t quite break out but is playing catch up.

Uranium tailed off its best levels but still managed to hold on to solid gains.

Other than selected metals, it was one ugly day. Again though, just one day.

So what do we do? Well, don’t do anything drastic. Yes, sooner or later a correction will turn into more than just that. In the meantime, take things one day at a time. Let the ebb and flow control your portfolio. Honor your stops on existing positions and make darn sure you wait for entries on new ones. That will often keep you out of new trouble and mitigate damage on existing positions. If you missed the Silver and Gold run up, then wait for the next pullback before looking to position here.