Where Else Are You Going To Put Your Money? – Dave Landry on Trading

Where Else Are You Going To Put Your Money? 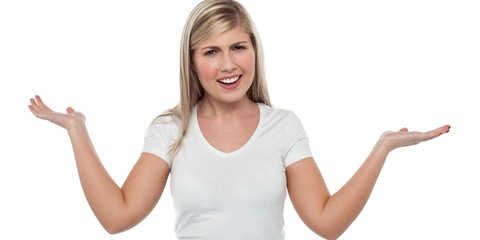 The Ps (S&P 500) resumed their slide on Monday, losing over 1 ¾%. For those keeping score, this action has them closing below the well watched 50-day moving average. It’s important for their recent lows, circa 1975 to hold. This will also likely be near its 200-day moving average when/if it gets there.

The Quack (Nasdaq) lost just over 1 1/2%. This action has it closing below its 50-day moving average. It is important for its recent lows, circa 4550, to hold here too.

The Rusty (IWM) was a little stronger on a relative basis, losing “only” 1 1/3%. This is disappointing nonetheless (try buying a sandwich with “relative” performance). This action has it pulling back below its recent breakout levels. On a net net basis, it hasn’t made any forward progress in nearly a year.

As mentioned recently, a relative approached me at Christmas dinner to tell me how well his 401k—of mostly tracking funds—has done since 2009. I told him to just make sure he had a chair ready for when the music stops. Don’t get me wrong, I hope the music plays on forever. However, once you get your ass handed to you a few times over 20-something years you become a little more skeptical. You learn that markets go up and markets go down.

Technicians use charts to read the emotions and sentiment of the players. You can plainly see what they have done and will likely do given certain scenarios. If the indices turn right back up and make new highs, a collective sigh of relief will likely come from those who have been hanging on since ’09. Unfortunately, if the market drops further and stays down, these players will be forced to deal with the reality of seeing some capital evaporate.

Recently, I heard the worst argument in the world for being in stocks: “Where else are you going to put your money?” Think about how scary that is. This means that players are forced in because they have no other choice. This is a great argument for the Johnny-come-latlies to throw in the towel and buy at any price. The fear of missing out (FOMO) forces them in. Unfortunately, they are first out when any signs of trouble arise. This can often be the catalyst for a larger move. The more the market drops, the more people are losing money. The return of capital quickly becomes more important than the return on capital. So again, if the market goes straight back up, they too will breathe a collective sigh of relief. All of this will be good fodder for Thursday’s chart show. I’ll flesh it out further then. Sign up early. The room is limited to 1,000 of my best friends.

Let’s take a look at the sector action.

Again, a lot of big cap areas, like the Ps themselves, have lost some momentum and have pulled back below their prior peaks. Insurance, Defense, Durables, and Non-durables are good examples here.

Technology, continues to slide like the Quack itself. Areas such as Hardware, Software, and the Semis have formed double tops. It’s not the end of the world but it is important for these areas to stabilize soon.

Well, Gold and Silver stocks are waking up. As mentioned last year, I think they will bottom this year. Now, let’s not start kissing each other just yet. As also mentioned, it appears to be more of a process than an event.

The other good thing is that some high beta smaller cap areas are still doing well. Unfortunately, if the overall market continues to deteriorate then the weakness will eventually catch up to them too.

So what do we do? Well, I guess I went into a diatribe of thought today. The bottom line is that you don’t want to think too much. Just believe in what you see and not in what you believe. You don’t have to figure out everything today. DO honor your stops on longs. If the slide turns into something bigger, you’ll get stopped out, drop an F-bomb or two, but at least live to fight another day. If you’re riding some of the aforementioned high beta stocks, makes sure you are taking partial profits as offered and trailing your stop higher—metaphorically, that’s your chair for when the music stops. As I often preach, as a trend follower, I’m going to be a little late to the party. With that said, I’m not seeing many meaningful shorts just yet. If things continue to worsen, then I likely will.