Where Else Are You Going To Put Your Money (Part 2) 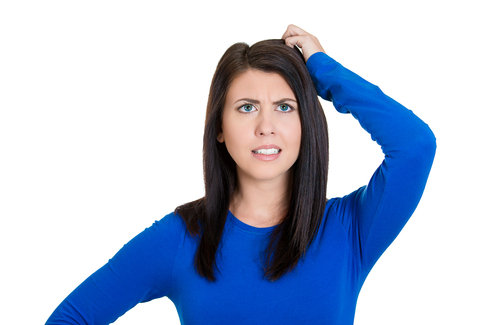 The Ps (S&P 500) continued to slide on Wednesday, losing nearly 1%. This action keeps them below the well watched 50-day moving average. It also has them on their way to their recent lows which is just about where the 200-day moving average is when/if they get there. It’s important for these levels, circa 1975, to hold.

The Quack (Nasdaq) lost just nearly 1 1/3%. This action keeps it below its 50-day moving average. Again, it is important for its recent lows, circa 4550, to hold here too.

On Tuesday, the big cap/low beta slide caught up with the small cap/high beta stocks. Exhibit A: The Rusty (IWM) got whacked (I told you that you could not buy a sandwich on relative performance, but I digress). It lost just shy of 1 3/4%. This action puts it all the way back to its 200-day moving average. On a net net basis, it hasn’t made any forward progress in just over 1-year.

Yesterday, I wrote about the worst argument in the world for being in stocks: “Where else are you going to put your money?” Think about how scary that is. This means that players are forced in because they have no other choice. This is a great argument for the Johnny-come-latlies to throw in the towel and buy at any price. The fear of missing out (FOMO) forces them in. Unfortunately, they are first out when any signs of trouble arise. This can often be the catalyst for a larger move. The more the market drops, the more people are losing money. The return of capital quickly becomes more important than the return on capital. So again, if the market goes straight back up, they too will breathe a collective sigh of relief. All of this will be good fodder for Thursday’s chart show. I’ll flesh it out further then. Sign up early. The room is limited to 1,000 of my best friends.

With that said, I noticed that the iShares Barclays 20+ Year Treasury Bond Fund (TLT) closed at all-time highs. This means that yields are hitting new lows. If you look at the 10-year yield ($TNX), you’ll see that it is approaching all-time lows. ALL-TIME, like more than 100 years! So, yes, there is no other place to put your money but that in and of itself isn’t reason enough to rush out and buy stocks. BTW, I’m no longer registered as any type of financial advisor so everything I do is for educational (and occasionally entertainment) purposes only. With that said, for those with mortgages, if the blow off move continues in bonds, you might want to check the rate on you mortgage. I’m just saying.

Getting back to the indices, it’s important for them to stabilize and soon. The further the market drops, the more pressure will be put onto those who drank the eternal sunshine Koolaid. It also puts pressure on the aforementioned Johnny-come-latelies. This forces these players to face the reality that sometimes return of capital is more important than return on capital. Don’t get me wrong. I hate bear markets. I can make money in them but I hate ‘em. They’re harder to trade. Covering rallies suck. There’s other issues and logistics too. On the retail educational side of my business, clients don’t handle them well. Bull markets are much easier to sit back and enjoy the ride.

For Meghan Trainor, it’s all about the bass. In trading, it’s all about the emotions of the players (and, in the Hokey Pokey, is that what it’s all about?). Write that down (the emotion thing, not the hokey pokey stuff). If the market can turn back up and soon, then those that were woken up by this slide can go back to sleep. On the flip side, unfortunately, again, more selling could beget more selling. It is NOT time to rush out and sell the farm. It is time to honor your stops on existing longs, be super selective on new ones, and to begin keeping an eye out for a short or two just in case. Do wait for sell signals before become too bearish—and by the way, avoid labeling yourself altogether. What is, is, if the market is going down, then it is going down. If the market is going up, then it IS going up. My drawing my big blue arrows on the charts has earned me the distinction of being called a “Trend Following Moron.” Again, what is, is.

Obviously, with the market continuing to slide the sector action overall remains ugly. Again, many have pulled back below their prior peaks. Insurance, Defense, Durables, Non-durables, Hardware, Software, and the Semis to name a few. This is creating double tops and other topping formations.

As I said yesterday, Gold and Silver stocks are waking up. Tuesday’s breakout from low levels might just be the real deal. Don’t rush out and bottom fish just yet though. Remember, as trend FOLLOWERS we will always be a little late to the party. Get ready to get ready. Pay attention to emerging trend patterns such as Bowties and First Thrusts here.

So what do we do? Nothing has changed. Pay attention price. Believe in what you see and not in what you believe. Again, you don’t have to figure out everything today. DO honor your stops on longs. If the slide turns into something bigger, you’ll get stopped out, drop an F-bomb or two, but at least live to fight another day. Make sure you are taking partial profits as offered and trailing your stop higher—metaphorically, that’s your chair for when the music stops.

Futures are up big pre-market so it looks like we might be seeing the beginnings of a bounce. Don’t get too excited just yet through. Based on recent weakness, where the market ends today is much more important than where it begins.