When To Dip A Toe – Dave Landry on Trading

When To Dip A Toe 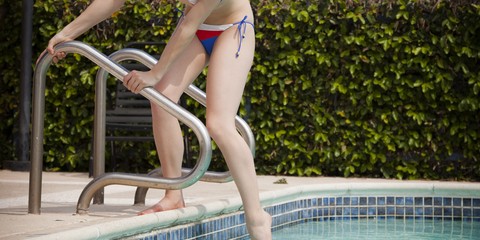 I try to avoid the news at all cost but I occasionally do get a little through osmosis. It seems that the media is all excited because the S&P has slipped. If you take a narrow focus and only concentrate on the indices, then this comes as a surprise. Many individual stocks and sectors have already lost momentum. Even if you don’t dig as much as I do, you can look no further than the Rusty (IWM). This broad based index made all-time highs on July 1st and has promptly lost around 6% of its value since then. That’s a fairly sizeable move for an index, especially if annualized.

The Ps (S&P 500) tried to rally but came right back in, losing nearly 1/2% for the day. This isn’t the end of the world but it is a little disappointing when you consider that it was at all-time highs just last week. BTW, now you know why we don’t celebrate too much just because an index makes new highs—See last Thursday’s column. On a net net basis, the Ps haven’t made any forward progress in nearly a month. The intermediate-term arrow is pointing sideways.

The Quack (Nasdaq) tried to rally but also came back in. For the day, it ended flat. Like the Ps, this action keeps it in an intermediate-term sideways range.

Although also off its best levels, the Rusty (IWM) actually ended higher on the day. Unfortunately, its short-term downtrend and sell signals—Bowtie and First Thrust (see recent columns)–remain intact.

Tuesday was a day where the big cap issues caught up to what we’ve been seeing in the smaller cap issues.

Let’s look at the sector action.

Aerospace/Defense sold off hard to close at multi-month lows. A big picture top appears to remain in place here.

The Semis probed higher but reversed to close poorly. They have formed a “Pioneer” First Thrust down and could Bowtie down soon (see my Youtube channel for more on these patterns).

Manufacturing began to accelerate lower out of a Bowtie.

The Foods probed new lows (probably because I’m on a diet). A major top appears to be in the works of forming here.

The Energies continue to slide towards the bottom of their trading range. They have been very strong longer-term but are now down nearly 1 ½% over the last month or so.

Most sectors are either rolling over, trading erratically, or sideways.

So what do we do? I remain concerned about the worsening conditions. The obvious play would be to short but the general erratic behavior has me concerned. It is not an easy environment. One thing to ask yourself is: is it just summer? Since conditions are questionable and we aren’t seeing much follow through one way or the other, make sure you pick your spots carefully. Make sure you really really like a setup. Now is the time where it is okay to be out of the market. Let everyone else fight it out and then slowly dip a toe in when opportunities begin to present themselves.