When Bad News Is Good – Dave Landry on Trading

When Bad News Is Good 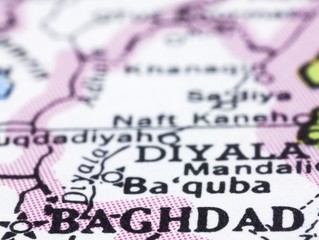 The Ps (S&P 500) stabilized and turned back up. So far, they remain set up as a pullback and it looks poised to resume its uptrend out of a pullback.

The Quack (Nasdaq) put in a similar performance. Shorter-term, it looks poised to resume its uptrend out of a pullback. Unfortunately, it remains shy of its multi-year highs and could encounter some resistance there.

The Rusty (IWM) also stabilized after a bit of dip. Like the Quack, it looks okay shorter-term but remains below potential resistance at its prior highs. Longer-term it still looks questionable but a few big up days would negate this—this is why we take things one day at a time.

In general, thing continue to shape up. Areas such as Banks, Insurance, and Manufacturing that have been sliding a little after hitting new highs stabilized—like the market itself.

The Transports look poised to rally out of a pullback.

The Semis closed at new highs.

Most of the rest of Tech is at or near multi-month highs.

Selected Gold stocks have rallied nicely off of major lows and are beginning to set up.

All isn’t great in the world though. Retail is looking a little dubious.

Speaking of the rest of the world, along with us, world markets (EFA) don’t seem too concerned about the situation in Iraq. I do avoid all news but obviously heard some chatter. As usual, the market is the final arbiter. Write that down. When a market shrugs off bad news it is a positive. Write that down too.

So what do we do? In spite of the indices (especially the Ps) being set up as pullbacks, I’m not seeing a tremendous amount of setups just yet. This will likely change if the market can continue to hang in there. In the meantime, I think Gold stocks might be worth a nibble. For the aggressive, Retail might provide some selected shorting opportunities.
Futures are soft pre-market.