Based On The Stock Market Action, You Better Wait For Your Pitch – Dave Landry on Trading

Based On The Stock Market Action, You Better Wait For Your Pitch 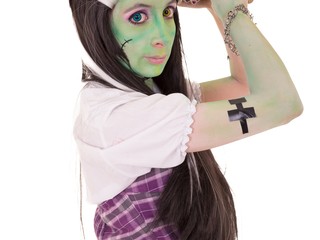 There are only 2 things that you have to do to trade successfully: 1) Find a viable methodology and 2) Follow it. Easy right? Well, easier said than done.

The methodology does not have to be complex. In fact, simpler is better. Know that nothing works all the time. If it did, then one individual would own the markets and there would be no more markets. So, don’t worry about catching every zig and zag. I’ve known traders who claim to instantly change hats from trend followers to reversion to the mean players the precise second the market changes direction. They seem to always tell you that they are positioned accordingly. In my best Maggie O’Hoolihan voice: “No, you don’t!”

True enlightenment comes when you realize that there is no Holy Grail but something simple can work—not in all the markets all of the time, but in general, over time. Then, embracing that methodology is key. Know that there will be ups and downs. There will also be flat times. Sometimes, you might just have to wait for your pitch. That’s okay.

Following the plan is tough for many but it gets a lot easier once the methodology is fully embraced. If you get stopped out, so be it. Drop an F’bomb if you must but then shout NEXT! Immediately get over it and start looking for the next potential opportunity.

Now, let’s talk about this crazy market. It sure looked like it was rolling over and it did drop nearly 8% from sell signals. It then promptly turned around in a “what, me worry?” fashion. Not only did it turn around, but it has gone straight up (I know, duh!) since. This leaves it overbought. How do I know? I spent a lot of time explaining that in yesterday’s chart show. In a nutshell, it’s gone up nearly 10% in 12 days. This doesn’t happen often and it is hard to sustain. Futures are up big pre-market so add another percent (and change?) to those stats.

Speaking of higher prices, sometimes the “Johnny-come-latelies” rush in and buy no matter what the cost. Unfortunately, this buying can quickly evaporate. With the futures up huge, I’m just saying. Therefore, for the quick and nimble, keep an eye out for an opening gap reversal (OGRe) in the index shares. This isn’t a bread-and-butter trade but you can sometimes pick up a few nickels since the risk to reward is favorable, especially  with the market so overbought. If you are not familiar with the trade, then get educated. Read the articles under Education on my website and then watch a few unfold.

Okay, other than the micro of a possible opening gap reversal, where is the market headed? I dunno. I think we will eventually see a correction from overbought. That could start as early as 9:31 EDT. After that, we’ll have to see. We are trend followers, not zig/zag predictors. Hopefully, the correction is over quickly and the market can go back to making new highs. Otherwise, it could be a fake out of the fake out and that would not be a good thing.

Like the overall market, many sectors have made drastic turnarounds. Some have already made it back to new highs.

Anything Heath related has been on fire. Great, now that Alicia Keys song is in my head. This has been especially true for Biotech but now also Drugs in general, Generic Drugs, and Drug Delivery are also going straight up. Most of Health Services is also banging out new highs decisively.

Defense has been hitting new highs as of late.

Utilities are starting to act like momentum stocks. I never thought I’d say that.

Some areas like the Semis have rallied but are looking questionable, still having a long ways to go to make it back to new highs.

Overall, like the market itself, most sectors have made a drastic turnaround with many flirting with new highs.

So what do we do? Well, if you trade pullbacks like me, you wait. Wait for setups. You likely won’t see any until the market begins to pull back or, at the least, we have a rolling correction. Don’t be under pressure to jump in. It is dangerous to buy an overbought market. If we do have the mother-of-all OGRes today, on Monday I will say “exhibit A.” All you really have to do is to make sure you have a viable methodology and follow that methodology. And, sometimes, that means waiting.

P.S. On Monday I will be part of a live panel discussing the markets and trading. It looks like it is going to be a lot of fun. Click here to participate.