Volatility Ahead – Dave Landry on Trading 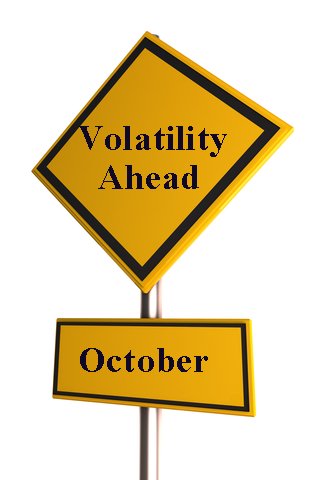 On Monday, the Ps lost over 1/2% of their value. The Quack closed down just over ¼%. The good news is that the indices recovered to close well off their worst levels. The day ended a lot better than it began. In fact, the Quack made an almost perfect opening gap reversal (you’re welcome!). The opening gap reversal (OGRe) in the SPY wasn’t too shabby either.

Even though the market was down, I’m encouraged by Monday’s action. Buyers stepped up to buy the dip.

Not much has changed longer-term though. The Ps have gone mostly sideways on a net net basis since May. And, we still have a potential triple top to deal with. 1700 remains an inflection point. Again, its not a line in the sand but if the market crawled back above it, it would suggests that it has stabilized. Ideally, you know me, I’d like to see the market blast to new highs (>1725) and not look back for a while. This would negate May/August/September peaks.

Wow, October already? October can be one of the most volatile months of the year for stocks. The others are January, February, March, April, May, June, July, August, September, November, and December.

Seriously, volatile moves can happen in any month. As a general statement though, volatility tends to dry up over the summer and come back in the fall with October being the most notorious month of them all.

Volatility waxes and wanes. So, I suppose it is no big shocker that we are in for an increase in volatility with the 50-day historical volatility reading of the Ps being in the single digits. For reference, it peaked in the 70s in late 2008.

Once again, the Quack still looks better than the Ps. Its recent breakout from around 3700 remains intact. Shorter-term though, it has lost some momentum. Speaking of 3700, keep an eye on that level. Again, it is not a line in the sand but it is certainly worth watching.

Internally, the market wasn’t as bad as you would expect. There are a few sectors such as the Foods that are breaking down but for the most part, most areas are hanging in there. And many, especially technology, recovered to close well—like the Quack itself.

Overall, things still remain mixed. Many of the big cap issues are trading sideways at best. Technology though, as represented by the Quack which just shy of multi-year highs, still looks pretty good.

On the long side, I’m still seeing some setups in selected technology.

On the short side, I’m still seeing setups in big cap stocks that have recently hit new highs and have begun to roll over.

So what do we do? We remain in a stock pickers market. Pick the best of the best and leave the rest. And, make sure you wait for entries. We have had numerous stocks lately fail to trigger and then subsequently roll over. As I preach, avoid enough losers and catch a few winners and you’ll do fine longer-term. On the short side, keep an eye out for the aforementioned big cap stocks that might be losing some momentum. Wait for entries here too though.