Unless You’re Bubba, What Is, IS – Dave Landry on Trading

Unless You’re Bubba, What Is, IS 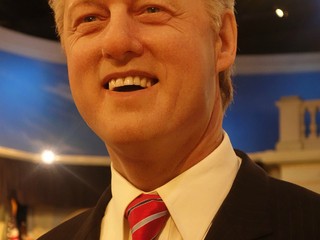 The Ps (S&P 500) gained just over ¼%. Although they didn’t set the world on fire, this is enough to put them at all-time highs. I remain concerned about the fact that they have had a “V” shaped recovery at high levels. This creates an overbought situation. Overbought can always become even more overbought but it is a dangerous time to jump in. Take things one day at a time though. If they can continue to bang out new highs, this would be a good thing. Also, as mentioned recently, this could create a  performance anxiety situation where those who have sat it out will be forced in. And, this could lead to a wonderful “blow off” type move. These bubbles are excellent for trading. You just have to have a chair ready for when the music stops.

I suppose there’s no need to pontificate or fantasize about a parabolic move. Like Justice Potter Smith, we’ll know it when we see it. So, for now we are back to taking things one day at a time.

The Quack (Nasdaq) ended a smidge higher. This action keeps its breakout intact and it keeps at 14-year highs.

The Rusty (IWM) sold off fairly hard before recovering to end up nearly ¼% on the day. It was good to see some bargain hunting here. So far, it still only appears to have pulled back and it still looks questionable. However, again, if it can keep pulling back then eventually it becomes more than just that.

Should this market be going up? Is it just being propped up by the Fed? Has the Economy truly improved? Aren’t rates artificially low? You can drive yourself crazy—a short trip for some—if you try to figure out the whys of the rally. So, unless you’re Bill Clinton, what is, is. And, the market, sans the Rusty, is making new highs. It’s not our job to question. Paraphrasing Livermore, we’ll know they whys long after fact. So, let’s not confuse the issue with facts (www.donotconfusetheissuewithfacts.com).

I’m happy the market is headed higher. I’m also happy that the IPO market appears to be waking back up after a bit of a hiccup recently. Speculation might just be alive in well.

So what do we do? As I preach, believe in what you see and not in what you believe. Right now, the market is going up. Therefore, we need to be thinking about buying.  However, it’s a little dangerous to jump right in with new positions based on the overbought nature. Here’s the good news though, since the methodology requires a pullback, there still aren’t a lot of new setups just yet anyway. Therefore, the plan remains the same for now. Continue to manage what you already have. Take partial profits and trail stops higher as offered on longs. Since the market is generally going up for now, avoid any new shorts.