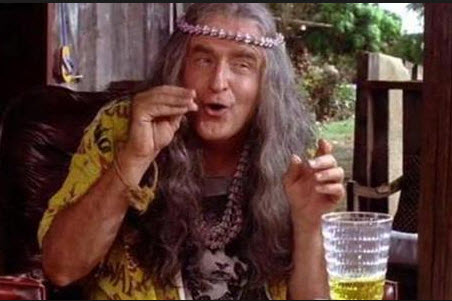 Thank goodness I titled yesterday’s column “Monday Was Great But Don’t Get Too Excited.”

In keeping with my one day at a time mantra, Monday was a good day, Tuesday, not so much. You can’t get too excited about one day. I guess you should do as I say and not as I do. I came into Tuesday jazzed but then fired up my screens to see the futures getting whacked.

The market ended off its worst levels but it certainly didn’t have the mother of all opening gap reversals that I was hoping for. Well, hope in one hand and ahh, never mind, let’s look at the scoreboard:

The Ps (S&P 500) lost around 1 1/3%. Yes, it was somewhat ugly but it is not the end of the world. So far, this action just keeps them stuck in a sideways range, trading about where they were last Wednesday…and last November.

The Quack (Nasdaq) was an even bigger disappointment. It lost nearly 2% on the day. Although this can’t be completely swept under the rug, like the Ps, it just gives up a few of day’s worth of trading and it keeps it about where it a few months ago. Said alternatively, it too remains stuck in a range.

Speaking of ranges, the Rusty (IWM) remains in the mother-of-all trading ranges, trading about where it did a year ago. On a relative basis, Tuesday wasn’t so bad here (I know, try to buy a poboy with relative basis performance). It lost a little less than ½%. Obviously, this doesn’t score as a positive but it does show that the broader market wasn’t quite as bad the other major indices would suggest. As usual, I did confirm this empirically. As you likely know, I look at a few thousand charts daily. Again, it was certainly not a positive but again it wasn’t nearly as bad as the Ps and Quack would suggest.

There was some ugliness out there. Computer Hardware was hit hard. And, it wasn’t just one bad Apple. HPQ, CSCO, EMC and some other huge cap stocks were hit fairly hard. This action has the sector approaching the bottom of its trading range.

Speaking of big cap areas, Consumer Non-Durables was hit fairly hard too. It also probed down to the bottom of its trading range.

Once again, the Energies continue to appear to be bottoming. And, again, it’s too soon to call a bottom here—remember, trend followers are always a little late to the party—but it is beginning to look promising.

Gold continues to look golden. You’re welcome. Well, I guess it’s too early to start kissing each other here but so far, so good. Ditto for Silver.

Drugs and Biotech probed higher but ended slightly in the minus column. So far though, their longer-term uptrend/recent breakout higher remains intact.

In the rest of the sectors things were mixed to mostly lower. Many still remain range bound like the overall market so there’s really not that much to write home about.

Each day brings a new clue. The question is will selected areas continue to slide and take other sectors and the overall market with it? Or, can they stabilize and the stronger areas carry the load? Am I right or am I wrong? Where does that highway lead too? Just make sure you don’t make any big picture predictions while the market is “same as it ever was.” Otherwise, you might find yourself living in a shotgun shack—asking—where is that large automobile? I shouldn’t digress too far otherwise I’ll start to sound like the Talking Heads. Thank goodness I named this column random thoughts.

Seriously, ask yourself some questions but don’t worry too much about figuring out all the answers right away. Do pay attention. For the most part, wait, don’t anticipate. Every time this market has a hiccup my inbox is filled with “I told you so’s.” Yet, again, the market is just about where it was last Wednesday and last November. So, the arrow still points sideways from where I sit. Again, be careful with the big picture predictions. Continue to let things unfold, especially during a range bound market.

I don’t think you can be bullish just because a bunch of bears surface on every downtick but it does score as a positive. Trends exist as long as people doubt them.

So what do we do? Again, don’t worry about figuring it all out today. Do honor your stops on existing positions just in case. He who fights and runs away lives to fight another day. I think it has been 24 hours since I last said that. DO be selective. I think you really have to pick your spots carefully. I have a gold and a speculative IPO on radar and that’s it. Both of these have the potential to trade contra to the overall market. For the most part, let ‘em fight it out. I read recently that trading was 50% patience. I agree except that I think that number is more like 75%. The other half is mental, money management, and good stock selection (please Google Yogi Berra before you question my math).