I try to avoid the news at all cost but I do occasionally get some through osmosis (and admittedly, I have been watching a little Sean “Spicey” lately). Anyway, in this morning’s inbox, Phil, a friend and a client, pointed out that Ackman sure could have used my big blue arrows when it comes to Valeant. I had to do a quick Google to see what the fuss was all about.

According to Fortune.com: Ackman, through the hedge fund Pershing Square “﻿﻿﻿bought﻿﻿﻿ its first shares of Valeant (VRX) for about $161 per share in February 2015. On Monday, he sold the last of his shares for $11 apiece.” 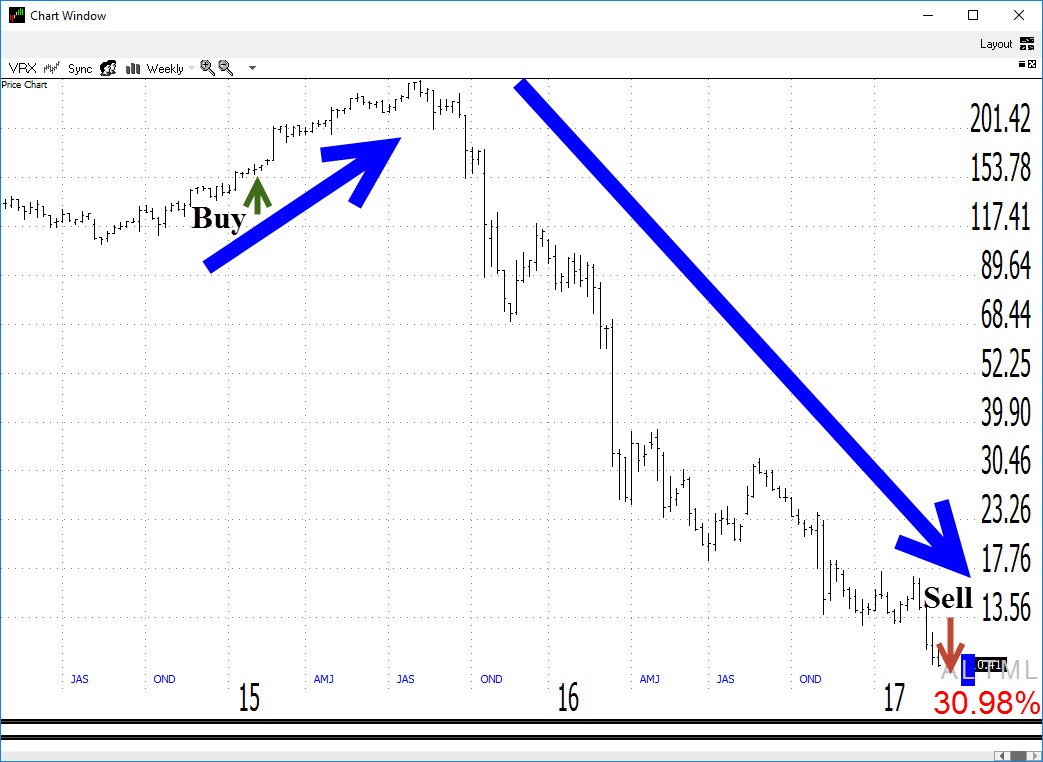 First, I don’t believe in schadenfreude, especially in this business where none of us are immune to pain (exhibit a: I'm having a bit of a sh*tty day today, FWIW). The point is ﻿﻿﻿that﻿﻿﻿ we can learn from other people’s mistakes.

One of the benefits that I listed for The Layman’s Guide To Trading Stocks was “How to make better decisions ﻿﻿﻿than﻿﻿﻿ billionaires.” That raised an eyebrow or two but the point was valid. You can make better decisions than the uber wealthy “informed money” by simply following the trend. I made the case that T. Boone Pickens lost over a billion dollars betting that the price of oil would rise in 2008. It didn’t. 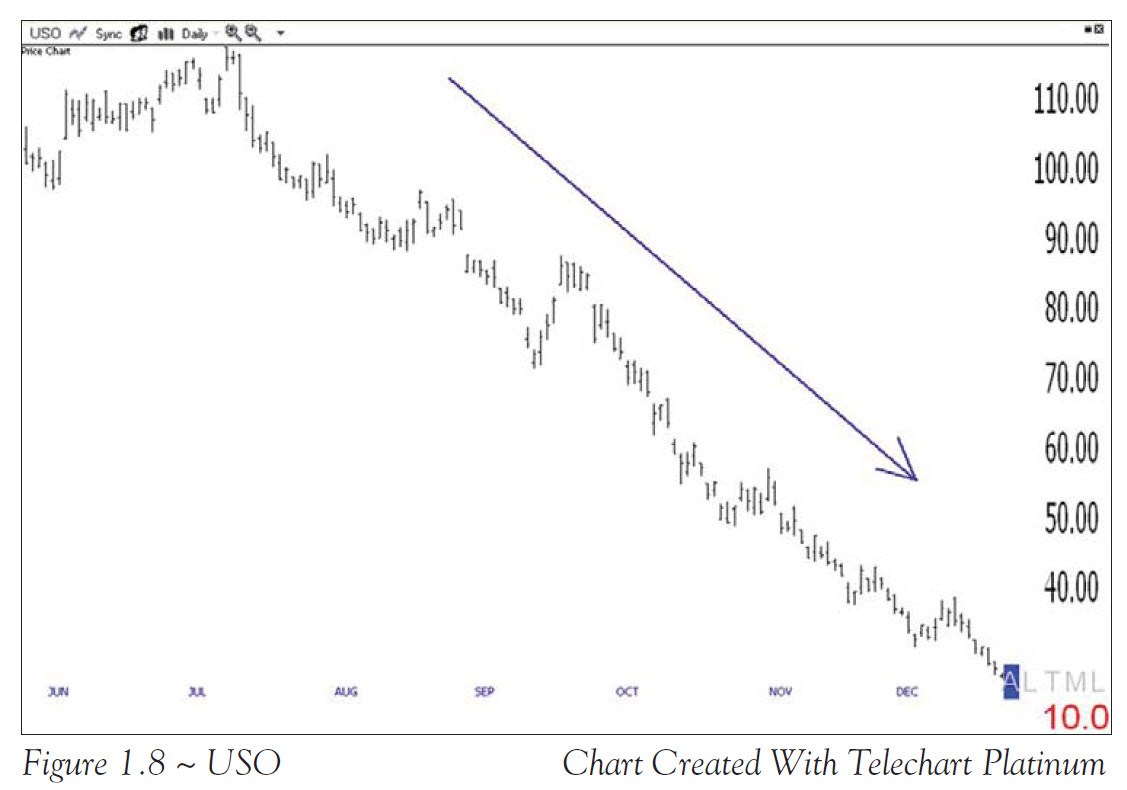 T. Boone Pickens Fights The Trend In Oil And Loses Over 1 Billion Dollars, Source: The Layman's Guide To Trading Stocks

All trades, no matter how well thought, have the potential for loss. Therefore, you must have a point where you will exit, no questions asked. Further, ALL trades will eventually end badly. Even when you win big you will give up some of ﻿﻿﻿the﻿﻿﻿ trend in the end. What looks like a normal and healthy correction can turn into something much bigger. Considering this, as I preach, you must never forget the ancient hedge fund adage “he who fights and runs away lives to fight another day.”

Getting back to Mr. Ackman, the original purchases were actually pretty ﻿﻿﻿good﻿﻿﻿. At the least, the big blue arrow was certainly pointing in the right direction. And, at the stock’s peak, he had a profit of over 60%/$100 gain per share-not too shabby! 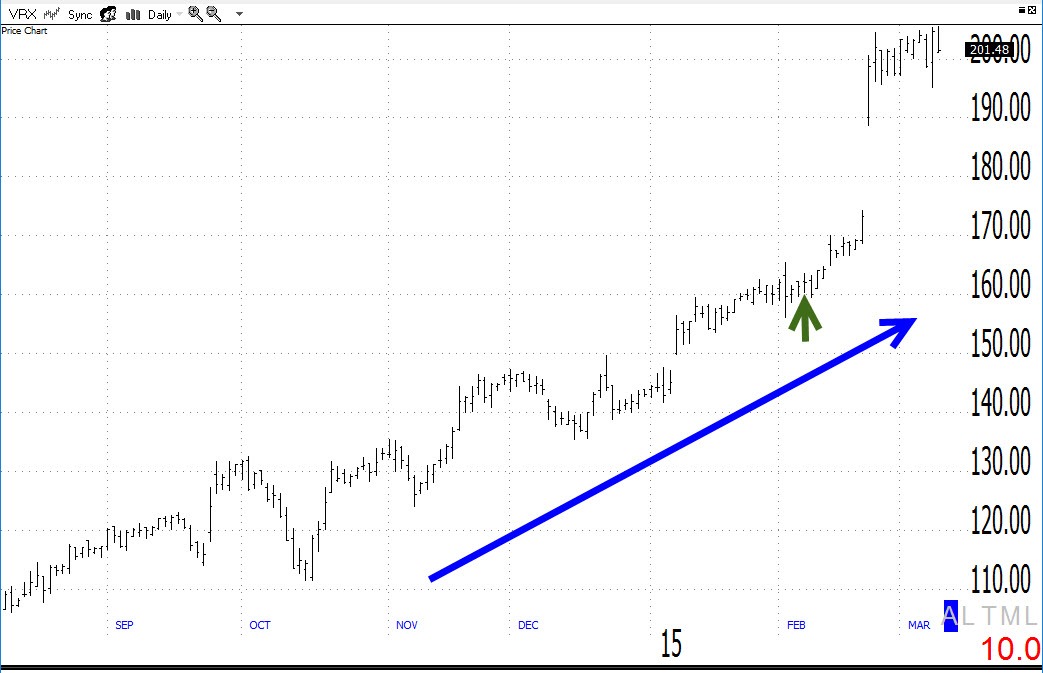 Even if he would have held until a weekly sell signal such as a Bowtie, he would have ﻿﻿﻿saved﻿﻿﻿ over 4 billion by scratching out on the trade. 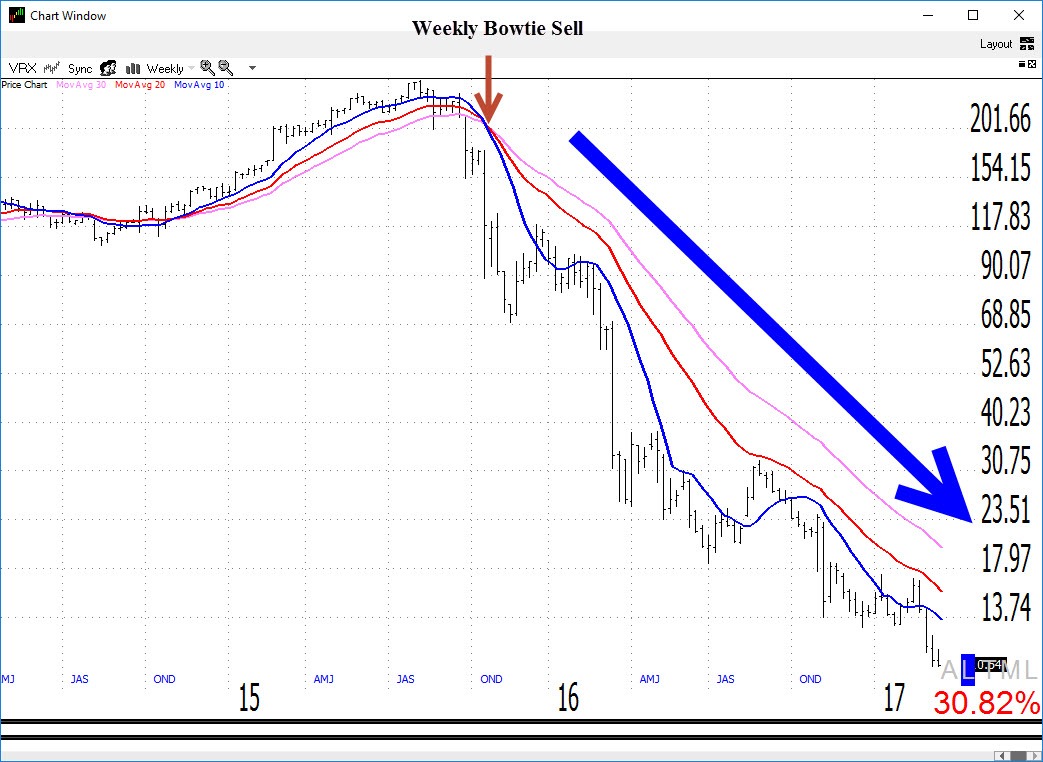 Of course, hindsight is 20/20 but if you practice what I preach here this, and future debacles, could have been avoided:

2. Have a point where you will exit (i.e. a stop), no questions asked.

3. Take partial profits when offered and bring your stop to breakeven.

4. Trail the stop loosely on the remainder, allowing the position some room to breathe. “Room to breathe” means that yes, you might give up a sizable portion of the open profits in attempt to hold on but you certainly wouldn’t allow for an over 60% round trip. 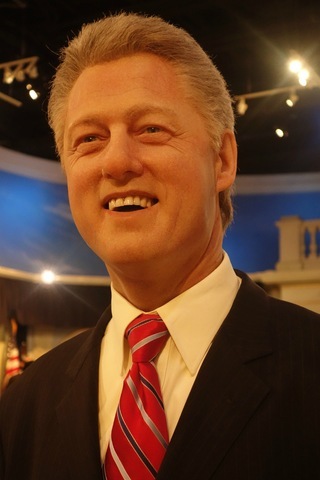 So why did he do it? I think that’s fodder for volumes but let me see if I can ﻿﻿﻿sum﻿﻿﻿ it up with my freshman psychology education. Our ego sometimes gets in the way. It’s hard to admit that you’re wrong. And, even harder once you become wrong big. I was called a “Trend Following Moron” by a wealthy trader because I was drawing big blue up arrows on the same chart that he was short. Obviously, like Mr. Ackman, he confused the issue with facts. You might have strong beliefs but unless you’re Bubba Clinton, what is IS. You must “believe in what you see and not in what you believe.” Again, you have to be “willing to fight and run away.”