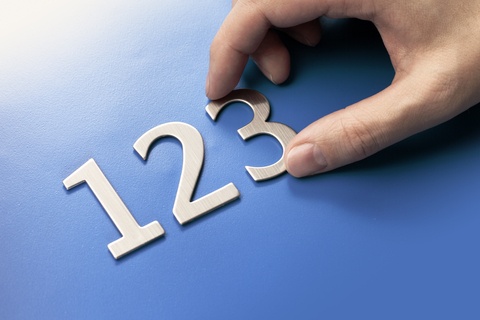 The column will resume on Monday 03/16/15.
Housekeeping: I’m cutting back on my columns/newsletter a bit so that I can focus on some projects. Unless something really drastic happens marketwise, I’ll be publishing on Mon/Wed/Friday. My Core Trading Service will still be published every business day. Now, to the markets….

The Ps (S&P 500) not only resumed their slide but did so with vigor, losing nearly 1 ¾%. This action puts them smack dab in the middle of their previous sideways range—pretty much where they were back in last November.

I always dust off my 50-day moving average whenever the Ps stumble. And yesterday, they closed below it. There’s nothing magical about this but it does give you a reference point. I also plot the 200-day moving average which came in right toward the bottom of the range—circa 2000. Like the Thermos keeping the hot things hot and the cold things cold—“how do it know?” Serious, often several technicals will come together at the same point.

So what does this all mean? Well, for us trend followers it means that we need to start drawing out sideways arrows once again—at least in the Ps and quite a few sectors.

The Quack (Nasdaq) actually looks much better. So far, it has only pulled back. Unfortunately though, with pullbacks they have to stop somewhere. I’m keeping an eye on the top of the previous range—circa 4800. Which, lo and behold is pretty much where the 50-day moving average is. Again, “how do it know?” BTW, the bottom of that range is around 4600 round numbers—and guess what’s there? The 200-I knoooow!

Most areas were hit hard, like the indices themselves.

Metals and mining lost over 2 ½% to close at their previous longer-term lows.

The Trannies resumed their slide. It looks like the next stop here will be the bottom of their trading range (which is also the 200).

Insurance slid hard, losing well over 2%. This action puts it well below its 50, with the 200/bottom of its range being the next stop here.

I could probably rinse and repeat for many other sectors but I’m not going to bore you—I know, too late!

There is a glimmer of good news out there.

Bonds actually bounced. Let’s not start kissing each other but it is good to see their rout lower interrupted. It’s not the absolute level of rates that concerns me but the delta (change) of rates is concerning. Rate jumps can put pressure on the system. There’s not enough time in this venue to elaborate. Just trust me. Price shocks are not a good thing.

Semis got whacked but so far they only appear to be pulling back. Obviously though, like the aforementioned Quack, they have to stop pulling back at some point.

Drugs and Biotech actually ended flat for the day. This scores a victory, all things considered.

There are two things you should always do when trading. 1) Pick the best stocks to begin with and 2) Wait for entries. These things are especially true in times like these-when the market starts to look a little iffy.
In the picking the best stocks department, I’m not seeing much out there. I have a few on my radar but only one out of those I have deemed worthy.

Waiting for entries can keep often keep you out of new trouble. As an example, the one worthy setup has been on my buy list since the day the Ps tagged their all-time highs (02/25/15) but so far, it hasn’t triggered. No harm done.

I guess the third thing that I need to mention is that once triggered, you have to use a stop just in case you are wrong. I can’t stop myself saying it: He who fights and runs away, lives to fight another day.

So what do we do? Trading is as easy as one, two, three. Well, okay, there’s nothing easy about this business but it’s not nearly as difficult as most try to make it. Let the top pickers claim the glory if this truly is “THE” top—predicting early and often finally pays off! As trend followers, we just look at things and say “that’s interesting.” If the slide continues then stops will take us out of existing positions and entries will put us in positions on the short side. It took me around a decade to learn not try to be a hero and just to follow along and get out of the way when I’m wrong. Today’s column is brought to you by Dr. Suess.