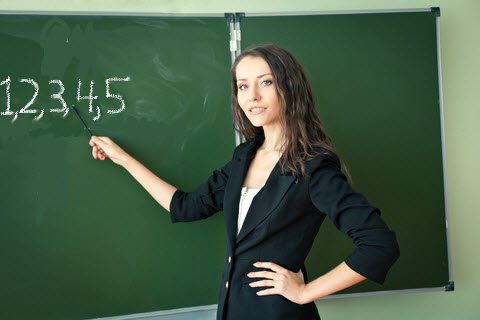 Note: The next column will be on Wednesday, July 22nd.

The educational side of my business forces me to boil things down to their utmost essence. If forces me to stop thinking so much and just follow along. It forces me to realize how simple trading is. I never said it was easy but it’s not nearly hard as many try to make it, present company included.

In my last column, I wrote the following:

I’ve given up trying to predict markets many years ago. I’ve since learned to just follow along.

1. This means seeking to identify an established or emerging trend and then looking for a place to get on board.

2. An entry helps to guarantee that the trend is resuming, at least at that moment. No trigger, no trade. That, in and of itself, will keep you out of a lot of soon-to-be-doomed trades.

3. Once triggered, a protective stop will take you out just in case you fail miserably. And, trust me, quite often, you will. The good news is that you’ll be wrong less and less as you learn to pick the best. You’ll be wrong less and less as you just follow along and avoid the paralysis that comes with too much analysis. No matter how well thought, every trade has the potential to work, or not. He who fights and runs away, lives to fight another day. Again, just choose your battles carefully to begin with.

4. If things do begin to materialize, an initial profit target helps to ensure that you get a piece just in case it stops working.

5. If the trend does persist, a trailing stop on the remainder will keep you in.

It’s all broken down above. The stock set up as a Trend Knockout (A) after a persistent and accelerating trend. The entry (2) was placed well above the setup bar to help avoid a false “fake out” type move. And initially, it sure seemed like it was anyway. The good news is by not thinking too much and just following the plan(B)*—by putting the stop in (3) and letting the market make that decision for you–the uptrend began to resume. The initial profit target was hit and partial profits (half) were taken (4). If we knew that this would be the precise end of the trend then we would have completely exited the trade but we didn’t. If we were that good then we’d own the world. We are trend followers, not predictors. If the longer-term trend doesn’t materialize then the trailing stop takes us out (5). And, it did. The trade ends overall with a profit. This is what I call the better-than-a-poke in the eye trade. You make a little (1% on your overall account) and then move on. You’ll still need to catch a longer-term trend here and there but at least you put something into your account.

Following the plan is the way to go. It will help you to avoid many of the psychological pitfalls associated with trading. If you start to overthink things you’re going to get into a lot of trouble. You’re going to exit your soon-to-be big winners at the first signs of adversity, quite often at a loss. Notice that the above trade was underwater on day 1. This causes many to abandon the plan. And, if they didn’t bail here, starring at a loss 2-weeks later would have likely encouraged them to bail because it appears that the trade has become so called “dead money.” They then watch in anguish as the stock takes off over the next several days. If they were able to stick with the plan this long, then when the stock begins hitting new highs they feel so good that there’s no need to take partial profits.—it’s obviously going up forever. Why limit my gains but scaling out? Unfortunately, this would have caused them to watch all to profits evaporate and maybe even end up with a loss. I can go on and on. You must plan your trade and trade your plan.

Tyson once said that “Everyone has a plan until they get punched in the face.” You must plan while conditions are static, long before the market opens. Then—I know easier said than done—you just follow the plan and not let ever changing conditions sway you into outthinking things.

You’re smart. Congratulations! How do I know this? I have scroll indicator software that tells me that you’ve made down to this part of the article. Most people are stupid. They don’t read.  Now before you start patting yourself on the back just realize that the smarter you are the harder it is for you to trade. In your current or prior career you took action and you controlled the situation. In trading, sometimes you have to sit tight and you certainly can’t control the situation. You just have to follow along.

In Thursday’s Dave Landry’s The Week In Charts, I went into all of the above in a lot more detail and how the so called paradox of choice can lead to analysis paralysis. Check it out below. You’re welcome!

Along today’s theme of not outthinking things, I’ve learned long ago that when you’re not sure about market conditions just err on the side of the longer-term trend. True, some day that trend will end but in the meantime, just follow along.  Yes, the Ps (S&P 500) remain stuck in a sideways range and just recently they looked like they were beginning to roll over. Then, something really cool happened. They spring boarded off of their 200-day moving average and are now just a gnat’s eyelash away from all-time highs. Let’s not start kissing each other just yet. They still have to break out of their intermediate-term sideways range.

The Quack (Nasdaq) made it. It managed to close at all-time highs. As Martha would say, “That’s a good thing.” I agree but let’s not pop the corks until it can clear its trading range decisively.

The Rusty (IWM) still looks a little iffy. It seems to have lost a little momentum on its way back to its old highs. Although still sideways over the intermediate-term, the longer-term remains intact.

Drugs and Biotech continue to break out nicely to new highs.

Ditto for Insurance and Retail.

Banks are fighting their way to get back to their old highs.

Health Service and quite a few other areas are doing the same.

All isn’t great in the world though. Chemicals, the Semis, Computer Hardware, and Durables are still looking dubious.

The Trannies look poised to make a new leg lower.

Overall though, things are improving. If the indices can bang out new highs decisively then the rising tide will begin to lift all boats.

As far as new action, not much has changed just yet. Because the methodology requires a pull back, you’re likely not going to see a lot of setups until the market does just that. Again, things are improving. Therefore, get ready to get ready. I’m seeing some wonderful trends so we’re back to step 1. We just need to start looking for a place to get on board. And then, 2,3,4,5.

*This was cut and pasted directly from my Core Trading Service.