Timing A Little Off? No Worries, Do This – Dave Landry on Trading

Timing A Little Off? No Worries, Do This 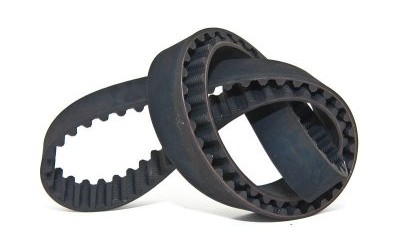 The market started very weak but it quickly found its low and put in a decent rally.

This action has the Ps just over 1% from all-time highs and the Quack just shy of multi-year highs. Normally, I’d feel pretty good about this. I just don’t like the way we got here. The market dropped like a stone and then went straight back up. This action forms a “V” shaped recovery. By the time the market gets all the way back to new highs, it is already overbought. And, it’s hard to mount a new leg from an overbought condition.

The Rusty is still bringing up the rear. So far, it only appears to be retracing and has taken on a “Witch Hat” type of appearance.

As usual, take things one day at a time. If the market can bang out those new highs and stay there, then the last dip was just that—a correction in a longer-term trend.

The good news is that we don’t have to get it perfect. We don’t have to predict every zig and zag. True, if the market is in an obvious uptrend (ala 1999!), then you want to be mostly long. Or, if it is in an obvious downtrend (ala 2008) you want to be mostly short. When it is somewhere in between is when it gets a little tough.

Let the database tell you want to do and then let the market prove you right or wrong. Lately, the only meaningful longs the database has been producing has been in the Golds–and, so far, so good there. I am still seeing a plethora of shorts, mostly in bigger cap areas such as Insurance, Manufacturing, Financials, and Banking. For the most part, letting the market tell us what to do has kept us out of new positions. The recent rising tide has lifted all boats so there have been very few triggers (we have one Insurance company short stinking up the joint). Stops will take us of those that aren’t working and trailing stops will keep us in those that are.

Gold turned back up nicely. I’m not seeing many setups here since they are still in breakout mode but the sector is worth watching for new opportunities.

Some areas such as Drugs, Biotech, and the Semis have made it back to new highs. I’m not seeing new setups here just yet. And, when we do, ideally, I’d like to see the market be able to sustain new highs too.

So what do we do? On the long side, if you missed the last leg in the Golds then hold off until you start seeing new setups. On the short side, again, I’m still seeing a plethora of setups in those aforementioned questionable areas. Since the database is speaking, I would continue to look to establish new positions on the short side but wait for entries, especially in light of the recent overall market strength. As I preach, waiting for entries in and of itself can often keep you out of new trouble. Also, I would avoid getting to aggressive while the market continues to defy gravity.