Some personal thoughts on the coronavirus

Everyone, especially those with an Internet “mouthpiece,” is holding themselves out as a professional. I am not one of them. Below is just my opinion. Feel free to skip down to the trading commentary portion of this piece if you feel that opinions are like a certain part of the buttock’s anatomy.

I often ride out hurricanes. My wife Marcy usually has to drag me away, kicking and screaming. When Katrina had us in her bullseye, Marcy noticed an eerie change. I was quiet and aloof – the complete opposite of my usual self (e.g., I scored 100% in extroversion on a personality test-taken as part of my self-discovery as a trader). I explained to her that this was the “real deal” and we needed to GTFO. Those who stayed behind, who lived, lived to regret it.

Initially, I wasn’t too concerned about the Coronavirus, but my thinking has quickly changed. I think that this is the nation’s Katrina. I like to occasionally daydream about exponential growth (I know, my daydreams have changed!). If you can double a small account a few times, you’ll no longer have a small account. The doubling a penny for a month makes for a good example of exponential growth. Start with a penny and double it every day, and by the end of the month, you’d have over $5,000,000. The exponential growth of doubling a penny is obviously hypothetical, but it is exactly what can and often does happen in virus propagation (facts, not opinion). 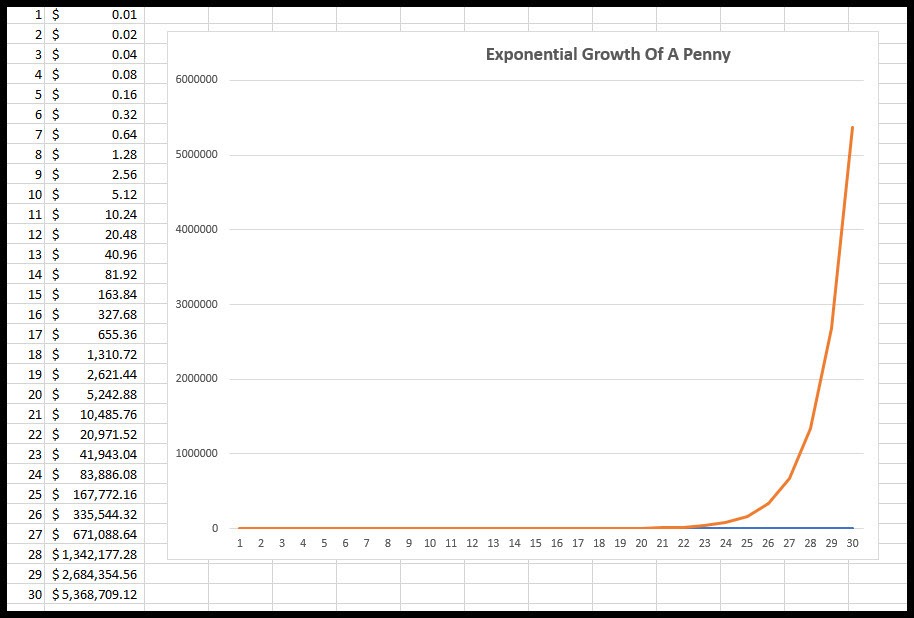 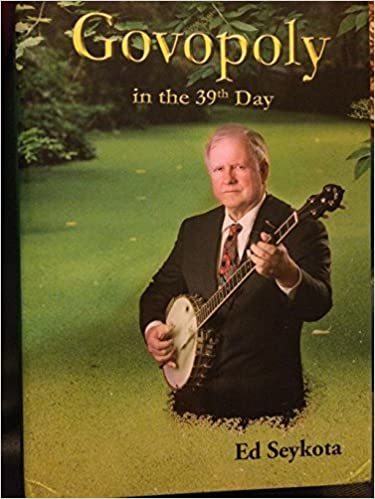 One more point about exponential growth: I think a "living" example might help to drive the point home. Ed Seykota spoke to us at an American Association Of Professional Technical Analysts meeting. He used the example of duckweed to explain exponential growth. Let's say that it takes 39 days for duckweed to cover half of a pond. How many days will it take to cover the over half? My initial public school math teaching assumed that it would be 39 more days. Well, it's actually only one more day. We have to treat this Coronavirus like we are in the 39th day!

Maybe I shouldn’t have watched Pandemic on Netflix, but it sure seems like everything is panning out just as they described (which begs the question: did they re-edit this last minute?). There’s a bigger concern than the virus itself-the reaction to the virus (e.g., hoarding, panics)-some of which we are all beginning to see up close and personal. 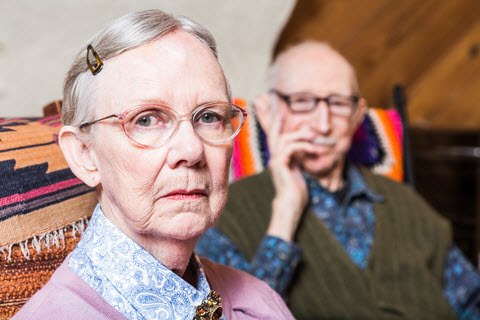 Don’t panic. Be prudent. My mother-in-law has had respiratory problems since Katrina- likely, in part, from mold exposure during the aftermath. She’s also nearly a couple of decades over 60-the government minimum age to take extra precautions. My father-in-law is even older. He too, like most people his age (shoot, even people my age!), has some health concerns. Neither of these two seem too concerned about this virus. They’re refusing to curtail any of their put-themselves-at-risk behavior. This crotchety couple is shrugging it off as fear-mongering by the media. It’s real. I don’t take the World Health Organization lightly when they use the word pandemic. Closer to home, I spoke with someone in the health industry, and they told me that “it’s everywhere.” I hope my in-laws read this, and it pisses them off-enough to rethink things.

Trust in the government.

Damn, I NEVER thought I’d say that, but they’re our only hope. We have to assume that they have our best interests in mind. Like this administration, or not, remember that the CDC and NIH have been in place for many administrations prior to this one. We have to trust that they know what to do. “They get paid to do this.”

It’s way past the part of being political.

The virus is indiscriminate. We must come together (well, no less than 6-feet away together) and not armchair quarterback this thing. Let’s get through it and then, if you must, lay blame.

Err On The Side Of An Abundance Of Caution

I think it’s okay to err on an abundance of caution. I like to look at things from a “what’s the worst that can happen?” standpoint. Being cautious might be an inconvenience, but it’s better than the alternative. People have criticized and ridiculed mayors for canceling large gatherings. The cancelling "worst outcome" is people have to find some fun elsewhere. The worst outcome of proceeding with business, as usual, could be much, much worse! Note: My wife just popped her head into my office and said, HEY! Rocking Doopsie is playing tonight at the Trailhead (which is within walking-or stumbling distance-based on this market, I might have a beer or three tonight!). She was excited because we had something to do with friends that are visiting tonight. I did not have her enthusiasm. She rolled her eyes and said, "lemme guess. Coronavirus?" A few minutes later it was announced that the concert was canceled.

Anyway, I just wanted to get a few thoughts off my chest. Thanks for listening. We’ll get through this mess and the next one that will inevitably come along. We’re Americans. That’s what we do!

And Now, To The Markets 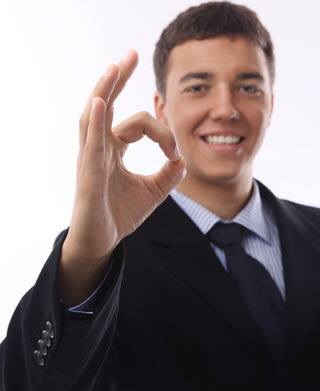 The market will survive this crisis just as it has every other crisis in history. This doesn’t mean hold through it. I recently saw some young punk, a self-proclaimed financial guru, on YouTube saying that if you are young, you have to hold on through this downturn. His poor (or soon to be poor!) followers. Markets go up, and markets go down—sometimes, a lot! Every asset class will lose half of its value at some point in your lifetime. See my cash is not trash and there are no good longer-term investments article.

As I write this article, I wonder if I might be coming across a little “after-the-fact.” Two things: One, as one newer client has pointed out after doing his due diligence: "I was impressed that you were saying the same things 20-something years ago that you are saying today." So, nothing’s changed post sell-off. To sum it up, have a plan AHEAD of time and be prudent. Two, if you haven’t followed my 20-something years of preaching money management and having a plan, start now, and the next time, you won’t be so surprised when the market takes a turn for the worst.

1. Honor your stops on any leftover longs

I can’t imagine that you have any left after this spill, but if you do, it might be the one stock that has the potential to defy gravity.

2. DO not be obstinate, but stay the course if you’re not stopped out

Speaking of “defying gravity,” I believe in seeing each position to its fruition. Yes, in hindsight, overall, bailing out all my longs would have been the thing to do. However, occasionally, one (or two) might take off. And, that one stock might be all you need to keep you in the plus column. I hate to talk hypotheticals (what would the world be without hypothetical questions? Wright), but I was recently long one stock in the 20s that ran to over $70. Unfortunately, I was stopped out right before the big move. I know, you can’t live off imaginary profits, but this does show that catching one or two big winners can make all the difference in the world. If you cut and run at the first signs of adversity, you’ll never catch a trend. Even in fantastic conditions, you’re going to spend a lot of time as a trend follower being less wealthy-giving up open profits or being underwater. I often see many people micromanage themselves out of soon-to-be big winners.

The man on the street is asking me if stocks are a value now? Just know this, as I often joke, it’s always darkest right before it gets  "more dark.” The Nasdaq might have seemed cheap when it was down 50% in 2000, but it went on to lose another 50%. Note: do not take my word for any of this. Spend a few minutes studying historical moves. 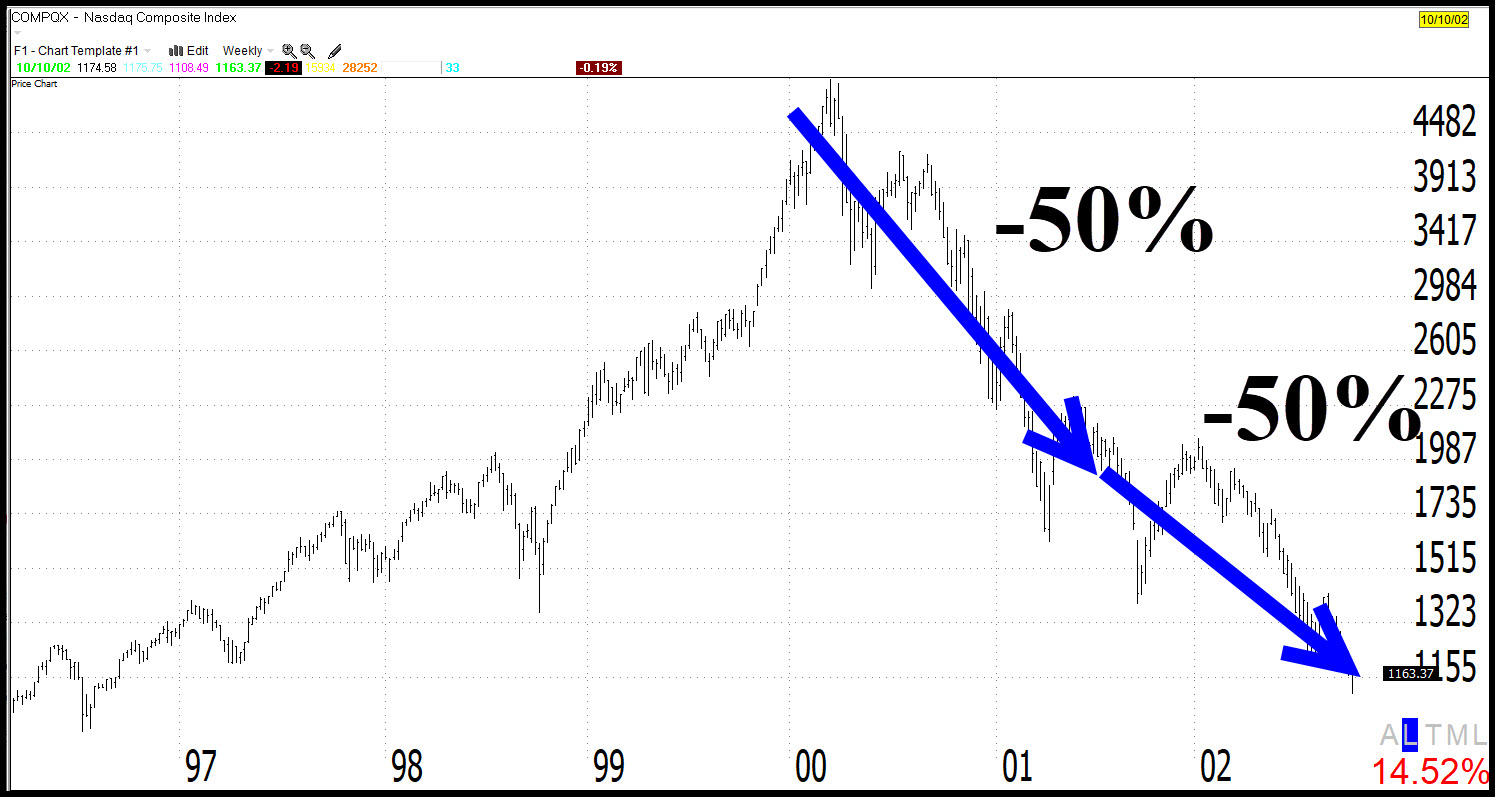 4. Learn how to short 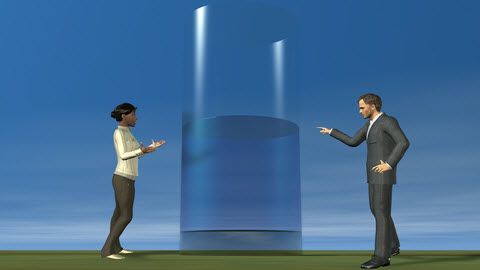 As I’ve said ad nauseum, shorting can be a pain in the butt. And, you’re not likely to get rich shorting. However, it’s the only way to make money when the market goes down. And, more importantly, shorting allows you to see both sides of the market. When things began to sour, you’ll start seeing the signs and signals long before the masses. Not to beat the dead horse, but as I often say, my friends who run 100s of millions of dollars who are long-only oriented, tend to always see the market as glass half full-at worst. Note: A lot of people are asking about inverse ETFs. These are great for day trading, but longer-term, they don't work so well. It's beyond the scope of this article to get into the details, but just know that eventually, they all go to zero.

5. Have Objective Measures To Help You Time The Market. Take the free Market Timing Course. I’m not suggesting that you follow some market timing system mechanically, just know when the buy and sell signals present themselves to alert you to the fact that the tide may be turning. Case and point, back in March of 2019, I was still bearish. Someone in my Facebook group pointed out that my TFM 10% system had just triggered a buy. You silly pollyannaish bull, I thought, there’s no way we could have a buy signal given the nature of this market. After a little back-and-forth, I checked the charts and lo and behold it was a buy (on 03/01/19, see below). For more on objective methods for market timing, see the free market timing course. 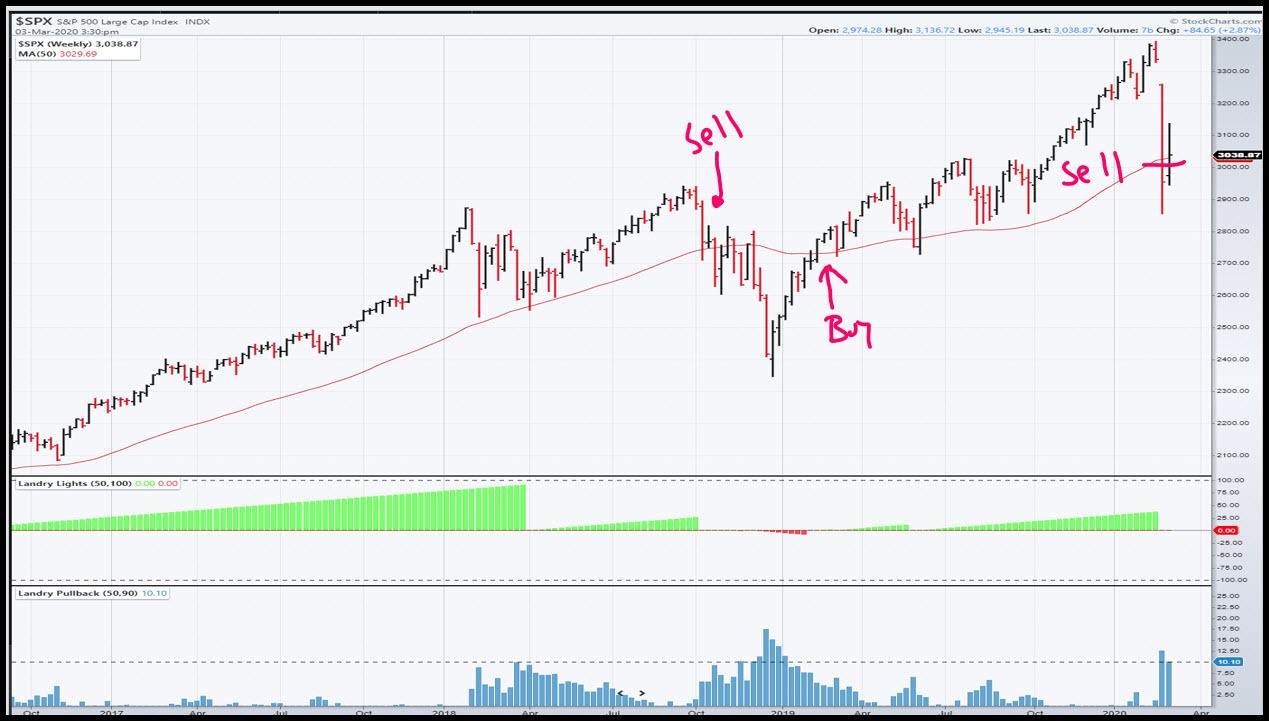 FWIW, I covered a lot of the above, sans my Coronavirus diatribe, in the Week In Charts:

Y’all take care of yourself and your loved ones. Don't panic. Be prudent. As far as the markets, have a plan in place for your trading in this and future downturns. That plan involves honoring your stops and shorting.