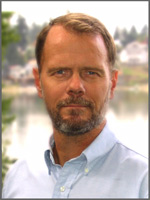 Tom’s right, those people will screw you. I told Tom recently that I have been quoting him often and he said, I’ll do you one better. “My late mother Marian once said that: Everyone uses timing in their trading. Some people buy when they have money. Some people sell when they need money. And, others use far more sophisticated methods.”

(FYI, today’s Dave Landry’s The Week In Charts Is Now Live, See below)

Yesterday, I was speaking with a client who told me that he exited a position instead of following the plan because “he needed the money.” It turns out that this was very near the top of the market. Unfortunately, this is not how it works, Beatrice. This is not how any of this works. You want to stick with positions until proven otherwise (e.g. let the stop take you out)—not because you need the money. True, in the end, you will have to give up some of the trend but you’ll never know how much you can make if  you always quit before the stop is hit.

It’s possible that institutions might start selling because they need the money. And, those people will screw you. Now, before you infer anything, they are not the bad guys. They might be simply trying to lock in their gains—no one bitched as long as they have been buying for the last 6 years. Or, it’s possible that the smaller so called “retail” clients might be cashing in because they “need the money.” This can cause the big boys to cash in their gains as a so called “source of funds.” Their selling could also be based on the fact some are using far more sophisticated methods. The whys don’t matter. The “what is” does though (unless of course you’re Bill Clinton). As they begin to see some of their gains evaporate, they might be forced to sell first and then ask questions later. None of this selling has anything to do with the economy, whether or not the companies are doing great things, what Big Dave thinks, and of course, the SITUATION IN NIGERIA! (classic Dave Landry).

The aforementioned client complimented me on “My uncanny ability to see new trends develop and rotate accordingly.” Thanks Tony! I explained to him that I wasn’t always like this. My ego and emotions often got in the way. I’d fall in love with a sector because it was treating me so well. I’d then hold on to previous big winners far too long, hoping that they would return to prior glory. In the process, I tied up capital but more importantly, it kept me from seeing new opportunities. As I wrote way back in 2000 in Dave Landry On Swing Trading, I was once talking with a fellow trader about some opportunities that we both saw developing. I asked him if he was buying these areas and he told me “No, I’m nursing some bad positions.” Unfortunately, Greg, you can’t “milk anything with nipples.” There’s nothing to do with bad positions except let them free. Nursing them won’t help. However, it will stop you from seeing new opportunities.

In Monday’s column I channeled Prem Rawat: A market is like a tide; float on it. Go down with it and go up with it, but be detached. Then it is not difficult.
Prem’s right. Go with the flow. It is not difficult. Note that I didn’t say it was easy. It is NOT easy but it is far less difficult than most try to make it. If something is no longer working, then it might be time to say “So long, and thanks for all the fish”—let the stop take you out and congratulate yourself for a job well done! And, if something that looked great going in fails miserably, then you have to let you stop get hit and be like Tosh: “Pick yourself up, dust yourself off, and start all over again.” Never forget that he who fights and runs away lives to fight another day.

Whoa Chief Orman, you’re really wound up today. Where are you going with all this? My point–and I do have one–is that we have seen a vicious sector rotation lately (read recent columns, you’re welcome!). The previous high flyers are falling from grace. This includes but not limited to Biotech, Drugs, Health Services, Defense, and Retail. I could go on and on but I don’t want to bore you. Too late?

In addition to saving some money on my car insurance (actually, like Prem, I decided to go with the Flo!), I have some other good news. There have been a lot of new trends emerging as of late. Energies, Metals & Mining sans Gold & Silver, Brazil, second tier Chinese stocks, and now, don’t laugh, Greece–which got me to thinking, if Iran invaded Turkey from the rear, would Greece help?

It doesn’t always work this well but it is a thing of beauty when it does. You say goodbye to old friends and find some new ones.

The Ps (S&P 500) got whacked, losing well over 1% on the day. This action scores as a bummer because it has them bouncing off of the top of their sideways trading range.

The Quack (Nasdaq) was hit even harder. It loss over 1 ½%. This action has it approaching the bottom of its short-term trading range.

The Rusty (IWM) has begun to sell off out of a Pioneer First Thrust. It is also now forming a Bowtie down off of major highs (see my YouTubes for more on these patterns). Not all emerging trend patterns such as Bowties will turn into the mother-of-all tops but all tops will have an emerging trend pattern. So, it pays to pay attention.

So what do we do? The song remains the same. Follow the plan. Honor your stops on existing positions—be willing to say goodbye to some old friends. And, wait for entries on new ones. Let them prove themselves before looking to take action. I still like the emerging trends in the aforementioned areas, so look for new opportunities there.