This Isn’t A Trend That You Want To Follow 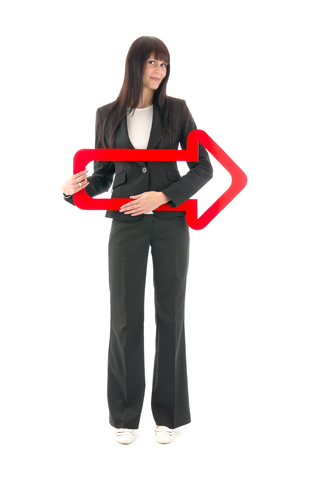 The Ps gapped higher, came right back in, but then managed to reverse to hold on to most of their early morning gains. Net net, since the market did end higher, it scores as a positive. Speaking of “net net”, the Ps still really haven’t made any progress on “net net” basis in quite a while. For the last 3 weeks they remain mostly stuck in a range. Also, they still have not been able to clear the May peak decisively-see Thursday’s chart show for more on how to analyze double tops.

The Quack closed below its open but it still managed to have a decent day on a net net basis. It still looks a lot better than the Ps. So far, its recent breakout remains intact.

You know me, I’m a one-day-at-a-time kind of guy when it comes to the markets. Thursday scores as a positive. It was a stabilization sort of day. Retail, the Semis, Banks, and many other areas that were probing the bottom of their short-term range bounced back nicely. All of these areas are still in ranges a short-term, but at least the ranges held. The Transports, which have been looking ominous, gained nearly 1%. I wouldn’t rush out and buy them with a potential double top still looming, but it is a good thing that they stabilized.

Speaking of stabilization, Bonds ended off their best levels but did manage to close in the plus column. This action keeps them into their short-term sideways range. As I’ve been preaching, it’s not the absolute rates that have me concerned, it’s the delta in rates. Getting back to the “net net” thing, Bonds are were they were around a month ago. So, the sharp climb in rates/drop in bonds has stabilized-at least for now.

Thursday was good. Now, we to need to focus on Friday (and then Monday, Tuesday…). Futures are weak pre-market but not coming unglued. The market will have to string together more than one good day for me to get excited about things.

So what do we do? Although some Tech areas remain in strong uptrends, many sectors have gone mostly sideways–like the Ps–as of late. And, as a trend follower, this isn’t a trend that you want to follow. So, we wait. Once again, the good news is that I’m not seeing a lot of new meaningful setups. And once again, the database often speaks. And right now, it’s saying that no new action should be taken. Therefore, continue to do your homework (or feel free to pay me to do it for you/or help you with it) but don’t take any new action.