Think Twice, No Thrice, Before Putting Capital In Harm’s Way 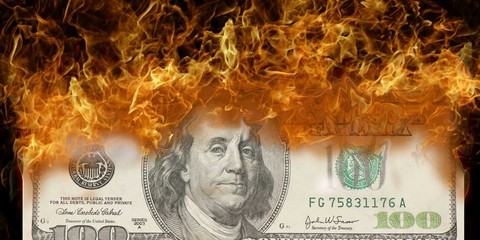 The P’s (S&P 500) ended slightly higher, enough to keep them just shy of all-time highs/near the top of their 2 ½ month sideways range.

The Quack (Nasdaq) had a decent day. It gained just over ½%. This action has it approaching the top of its 1-month plus sideways range.

The Rusty (IWM) gained just over 1%. Although it had a great day, so far, its downtrend remains intact.

The Rusty remains the poster child for this market. Not to beat a dead horse, but most stocks—at least the ones that are more tradeable—remain in downtrends (see recent columns for the stats). The index itself seems to be in a 1 step forward, 2 steps back pattern—making mostly lower lows and lower highs (which, btw, is the definition of a downtrend).

My concern remains that the market continues to rally just enough to keep everyone placated.

You know me, follow through is key. The market will have to have more than just a few up days before I’ll start getting excited.

Even if you didn’t know much about trends, you could draw a sideways arrow in the S&P and see that it hasn’t made much forward progress in quite some time. You can’t get a tan when the sun isn’t shinning and you can’t catch a trend when there is none. True, the aforementioned Rusty remains in a downtrend but it’s been a choppy one.

It is a market where less is more. You have to remember that sometimes return of capital is more important that return on capital. Don’t let performance anxiety force you into trying to make something happen. Think twice, no thrice, before putting capital in harm’s way.

As I have been preaching, when conditions are good, it’s easy. You push a button, you get a peanut. Right now is not one of those times. In the end, the patient will win.

So what do we do? The song remains the same: Pay attention to the sideways arrows in the Ps and Quack. The only way to make money is to catch a trend. And right now, there isn’t much of one. For the aggressive, keep an eye out on the highfliers that appear to be rolling over. Selected Energies are a good example here. Yet again, tread lightly and at the risk of beating a dead horse, pick the best, leave the rest, and practice proper money and position management.