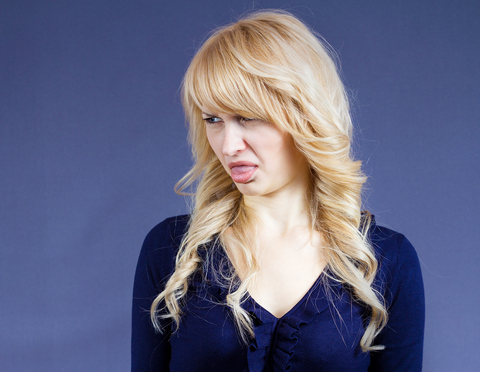 The Ps still seem to be masking what’s going on beneath the surface. They gained just over 1%. This action has them pushing well into overhead supply and just one or two big up days away from all-time highs. This performance, quoting what someone once said when they drank my homebrew (which probably cost me about $5 a glass to make), “ain’t too bad.” If we just had Ps to go off of, I’d say the market “ain’t too bad.”

The Quack gained nearly 1 1/3%. So far though, it only appears to be pulling back from its recent slide.

The Rusty has formed a somewhat similar pattern.

The Quack and Rusty are more indicative of what’s really going on. Most stocks and most sectors remain in downtrends.

Most of tech remains in a serious downtrend. Draw your arrows on Biotech, Drugs, Internet, and Software. So far, these areas only appear to be pulling back.

The Financials remain in a serious slide too. So far, they also only appear to be pulling back.

Yet again, about the only thing that remains in bona fide uptrends are the defensive issues such as Food, Tobacco, Energies, and Utilities.

Yesterday it looked like the market was going to bounce and it did. Unfortunately, unless you’re a crazy ass daytrader you shouldn’t be attempting to play these types of moves. Even with the bounce, what I said on Wednesday applies to Thursday: After sifting through a couple of thousand stocks and several hundred sectors, I just can’t get excited about a bounce. In spite of the Ps (S&P 500) hanging in there, the vast majority of stocks remain in downtrends.

Futures are flat pre-market so one has to wonder is the bounce already over?

So what do we do? Don’t try to predict every move. Yes, it looked like the market was going to bounce and it did. Again though, unless you want to end up chasing your own tail, do not try to catch every zig and zag. Instead, focus on the developing situation. Right now, things are still looking a little “iffy.” On the long side, I’m having a hard time getting excited about the aforementioned Defensive issues. My concern is that if the market cracks, the falling tide will sink these ships too. I’m taking things on a setup-by-setup basis though. If I see a great looking Energy/Food/Utility, then I might be forced to take it. On the short side, I think Financials and Tech look poised to make a new leg lower. I’d much prefer a good ole fashion bull market where I don’t have to bother with the short side. As short to intermediate-term (and hopefully much longer!) traders, we have to play the hand that’s dealt. I’ll recap last week’s talk about shorting in the chart show later today. Stop by if you’re not busy saving lives, building buildings, repairing automatic transmissions, or doing other great and wonderful things. Regardless of what you decide to do, make sure you wait for entries. As I preach, that in and of itself might keep you out of new trouble. And, of course, stops will help to mitigate damage once triggered/on existing positions. One last random thought, I think now is the time to be really really selective. Unless you think you have the mother-of-all setups, then pass. It’s okay to sit on the sidelines and let everyone else fight it out.