There’s Only One Thing To Do: Follow Your System – Dave Landry on Trading

There’s Only One Thing To Do: Follow Your System 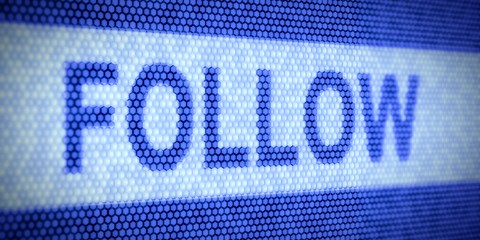 The market has made 13 consecutive higher lows. For a pullback player, until it pulls back—by making lower highs and lower lows–there is no setup. What if it never pulls back? Oh, it’ll pull back. The type of buying that we have seen recently cannot sustain itself. One has to wonder, at least shorter-term, who’s left to buy?

As I wrote in yesterday’s column:

I’m often asked who “they” are when it comes to market participants. It doesn’t matter who they are but it can help you to wrap your head around things. Nearly all shorts have likely been squeezed out by now, so that buying is complete. The bottom fishers no longer have a bottom so that buying has likely exhausted itself. This leaves us with the Johnny-come-latelies. They will buy at any price, throwing caution to the wind for fear of being left behind. Unfortunately, they are often the last in and the first out—the so called “fast money.”

Conspiracy theorist will point out that the market was manipulated higher into the election. Well, you can’t get caught up in these type of things because it will affect your judgment in following your system. Unless you’ve been sleeping under a rock, you’d know that today is election day. So, if it was manipulated, then that manipulation ends tonight. Again, don’t worry about these things because there is nothing you can do about it—other than follow your system.

Let’s take a look at the scoreboard. The indices paused on Monday. This action suggests that they are losing a little steam. As mentioned often, “V” shaped recoveries at high levels are hard to sustain. By the time the market gets all the way back to new highs, it is already overbought. As mentioned recently, it is like trying to run a race right after you just ran a race.

In the sectors, Utilities and REITS are still acting like the dot coms of the late 90s.

Drugs and Health Services ended flat but they have been on fire as of late.

A few areas such as Chemicals and Energies turned back down but most areas, like the overall market, ended flat to slightly higher. And, like the like the market, most areas have gone pretty much straight up as of late.

So what do we do? Well, as usual, follow your system. If you are a mean reversion player then you should be shorting this overbought market. If you’re a pullback player like me, they you need to be waiting for a pullback before looking to enter new positions. And, when, not if, that does occur, make sure you wait for entries. If the market decides to pull back and keep on pulling back (i.e. rollover) that simple technique might keep you out of new trouble.