The Water’s Fine, Come On In! – Dave Landry on Trading

The Water’s Fine, Come On In! 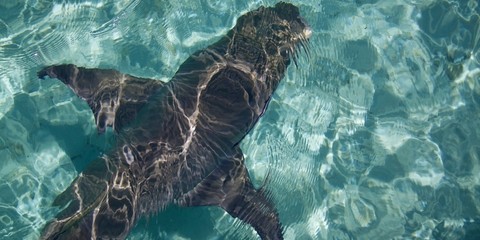 The market will often do what it has to do to cause the most pain to the most amount of people. It’ll often do the obvious but in the most un-obvious manner. I borrowed these adages from fellow AAPTA member Linda Raschke. When asked, she said they were likely just “floor-isms” that she picked up back in the day.

The un-obvious thing often means that if a market looks like it’s going to tank, it’ll have one big “the water’s fine, come on in!” rally.

When I look at the Ps (S&P 500), I can’t help but think that Wednesday’s action was just that-a fake out. The index was poised to rollover but it has a big rally first–a rally big enough to scare out some shorts and attract some bottom fishers.

The Quack (Nasdaq) put in a solid rally, gaining just over 1%. This action puts it only a percent and change away from 14 year highs.

The Rusty (IWM) gained just over ¾%. So far though, it only appears to be pulling back from its downtrend.

As I often say, the market is a game of clues. And, as I said last night in my trading service, you have to look for both good and bad clues. The Quack is obviously a good. It’s nearly everything else that has me concerned.

As mentioned in Wednesday’s column, many sectors look poised to continue lower out of a Bowtie down. This, even in spite of Wednesday’s rally. These include but not limited to Energies, Automotive, Banking, Chemicals, Conglomerates, Transportation, Utilities, Telecommunications, and the Semis. And, again, many other subsectors/smaller areas, have also recently formed Bowties down.

So what do we do? As I preach, take things one day at a time. On big rallies like Wednesday, entries will likely have kept you out of new shorts and unfortunately could have knocked you out of some existing ones. Stay the course. Let the ebb and flow add to and prune your portfolio. As far as new positions, continue to look for opportunities on the short side but as usual, wait for entries. I’m seeing a few shorts and virtually no longs. This suggests that we should look to nibble on the short side but for the most part, stay out of the water.

P.S. Is it just me, or, are you also wondering what fake shark they will talk about tonight on Shark Week? (That line was stolen from my good friend David Carter).