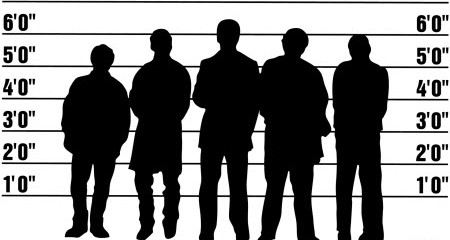 At the 2013 American Association of Professional Technical Analysts (AAPTA) annual conference in New Orleans, Louisiana, Tom McClellan discussed the fact that when you buy a stock, you are forming a relationship with the company.  Paraphrasing: You expect the company to do good things. However, you are also forming a relationship with everyone else who has bought the stock, “and, those people will screw you.”

Tom’s right. Those people will screw you.

People tend to look at the market as this entity that should do certain things. They often forget that there are people behind the (price) bars.

Let’s look as some of the usual suspects.

The Fed. I’ve been around this game for a long time. Years ago the Fed’s job seemed to be to keep order. They would loosen a little or tap the brakes here and there but for the most part, they seemed to help bring order to the markets. At some point, they decided that the modus operandi was to just to step on the gas. This will work for a while. However, no one is bigger than the market longer-term.  Rob Hanna (a good guy, well, mostly) at the aforementioned meeting equated the Fed’s intervention to a drug. Initially, it only takes a little to get the market going. Unfortunately, now the dumping of cash has reached a point of diminishing returns.

The Bargain Hunter. The bargain hunter buys on the dips, thinking that he’s getting stocks on sale. If the market turns back down, he will likely be quick to dump.

The Buy And Hold Crowd. It’ll come back is their mantra. They forget that sometimes it don’t.

The Listen To Logic Bunch. This bunch tends to be easily swayed by the media. Ebola is no longer a problem, earnings are good, and Nick and Mariah appear to be patching things up. They tend to confuse the issue with facts. They reason why a market should be going up.

The Fast Money. The fast money is undercapitalized and/or fickle traders. They tend to chase their own tail. On a big up day they think all is clear and jump right in with the rest of the lemmings. On the subsequent down day, they jump off the cliff.

The Need The Money. These are the traders who need money and are pressured to sell regardless of what the market is doing. They might have just gotten a 50% haircut in their personal life for not behaving like a good boy. It doesn’t have to be a negative, they might just have to put some children through college, build a house, want to buy a boat, or they are faced with some other money sucker causing them to raise cash.

If I sat here long enough, I’m sure I could come up with at least a half-dozen more but you get the idea. The market is made up by a lot of participants. And, “those people will screw you.” All of the aforementioned players tend to be happy as long as the market provides eternal sunshine. However, when it starts to cloud up, they could be forced out.

On Tuesday, there was the mother-of-all celebrations because the market was up big. Headlines touted the fact the Quack (Nasdaq) had its biggest day of the year. Then, on Wednesday, after a tiny bit of leftover euphoria, the market turned right back down. If everything is great in the world, then the market should just keep going up, right?

As I often mention, I look at a lot of stocks daily, literally thousands. This gives me a great feel for what’s really happening. It’s ugly. Most stocks remain in serious slides and so far, they have only pulled back.

Just for S&Gs, early this morning I ran some scans using the Bowtie moving averages as proxy for trend (see this Youtube for more on Bowties). In the Ps (S&P 500), 4 out of 5 of the stocks are in downtrends as defined by 10SMA<20EMA<30EMA. Now, statistics are worthless—75.3% of all people know this—but it does quantify what I’m seeing empirically. Stocks have been going down. Many of the stocks have already been clipped by half.

About the only thing that has caught my eye at this juncture is Biotech. It made new highs on Tuesday. Unfortunately, it stalled a bit on Wednesday. The good news is that there are some serious pockets of strength here, at least on an individual issue basis. Other than that, I see no reason to get excited about the long side.

So, what do we do? I’m seeing a lot of shorts. “Would you say I have a plethora of shorts?” Oh yes, a plethora!—many more than piñatas.  Therefore, listen to the database and do what it is telling you. This doesn’t mean to swing your bat wildly. Wait for your pitch. Make sure you really like the setup. Make sure you wait for an entry. And, make sure you honor your stop once triggered just in case one of the aforementioned players decides to screw you.

I’m going to flesh out all of the above, answer your questions, and analyze your stock picks later today in the chart show. It’s free and many say worth the cost. Stop by if you’re not too busy saving lives, building buildings, repairing automatic transmissions, or doing other great things.