The Truth, The Light, And The Way – Dave Landry on Trading

The Truth, The Light, And The Way 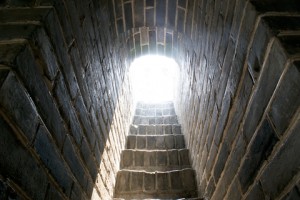 In Monday’s column (written on Saturday), I discussed the fact that you can’t worry about the news. And, on Monday, the market had a really good day. I’m not sure if Monday’s news was good or bad, but the market’s reaction to it was a major positive.

Does it always turn out this well? Of course not but if you quit every time there is some adversity, you’ll never get anywhere. Yes, you’ll get whacked here and there, but more often than not it’s best to let things shake out. Stops will keep you in the winners and take you out of the losers. And, waiting for entries can often keep you out of new trouble.

Again, as I preach, it’s not the news in and of itself but the reaction to the news that matters. And, there’s nothing you can do about that. Let price lead the way. Price is the truth, the light, and the way.

Never forget that your job as a trader is to capture a move in price. That’s it. Period.

In hindsight, there will be plenty enough time to discuss the possible whys of the move.

Let the market tell you what to do–and no one else.

Now, to the scoreboard:

The Ps had a decent day, closing up nearly 1%. This action has them bouncing off of their prior breakout levels/support, circa 1850. It’s important for these levels to continue to hold. You know the routine though-take things one day at a time.

The Quack had a decent day but tailed well off of its best levels. Nevertheless, it still managed to tack on over ¾%. It too is bouncing off of support/its prior breakout levels, circa 4250 here.

The Rusty (IWM) also had a decent day but did tail off its best levels.

The action in the broad based Rusty represented the action of stocks in general. Most did well but were doing better earlier in the day.

All wasn’t great in the world. Gold and Silver stocks were disappointed that the world didn’t come to an end. So far, the longer-term uptrend from a major bottom remains in place here—so there’s still hope for the Apocalypse.

Biotech ended slightly higher. It has been losing steam as of late. This seems to be especially true in higher priced issues that have had extended runs. As I told my peeps last night, focus on the smaller capped/lower tiered and more speculative stocks (vs. those bigger cap stocks that might be priced for perfection) in light of this action.

In other sector action, there’s not a whole lot to report that I haven’t already mentioned lately.

A lot of areas such as Manufacturing, Retail, and Banks are taking on a potential double top appearance. They rallied yesterday but will have to keep on keeping on to get to new highs and beyond.

So what do we do? Yet again, fuggetabout the news. Yes, sooner or later the market’s reaction will be adverse to your position but so what. The logical thing was to come into Monday long precious metals and nothing else. And, guess what? My Gold stocks went down and my others went up. If I would have done the logical thing and dump all but my golds, I’d be a hurting pup right now. Continue to follow the plan. Again, let the market tell you via stops which positions to keep. And, on new positions, wait for entries. Stop me if you heard all that before. Why am I so redundant? Because hearing and listening are two different things.

Best of luck with your trading on today!